Home Blogs Things we didn’t know a month ago: July 2020 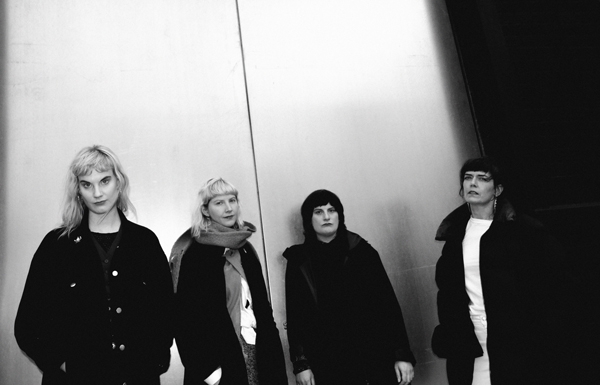 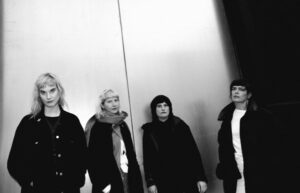 Keith Goldhanger provides yet another lorry load of new tunes that have arrived during the past few weeks.

Bored yet? If, like me, you’ve been sticking things up your nose recently that don’t actually mean the consequences are you’re staying up all night and then questioning whether you should have tickled your tonsils before this nostril invasion, you’ll probably need some fresh sounds that have been raising eyebrows as they enter the earlobes, get the feet tapping, head nodding and in some cases arms waving in the air.

CRACK CLOUD are this month’s Top of the Pops. Canadian apparently, and a band full of recovering addicts that describe themselves as an art ensemble or creative community as opposed to being “just a band.” This is fabulous and there’s an album out there (Pain Olympics) that has just been made available this month and is worth spending an evening or two listening to. If you’re the kind of person that has the time and inclination to listen to something about ten times before you can begin to begin to make head or tail of what the Dickens it is you’re listening to, then Crack Cloud are worth the endurance. This is a good place to begin if you’re lagging behind a little, just as I feel I am. They’ve played shows in the UK and next time (November apparently, if we’re ready to resurrect old times) at least one person who wasn’t attending these shows previously promises himself a night out in their company. Hit play and increase the volume control. Straight “in at number one” this month.

Another band who probably don’t want to be referred to as “just a band” are MIRO SHOT who describe themselves as a collective of musicians, filmmakers, coders and designers. They seem to have hundreds of members and are based between London and Paris (although currently through lockdown it’s rumoured they’re all hanging out in the middle of nowhere somewhere in the Scottish countryside). This tune (No More No Less) in particular warmed the cockles of one East London man’s heart this month and further investigations into the previous work of this organisation is currently in progress. Have a listen yourselves, starting here (or there – above).

KEYS sound like The Bay City Rollers. That’s enough information that anyone needs before walking towards the play button on whatever device this comes from (probably a cheap Woolworths cassette recorder). This is the sound of 1974, made in 2020, and it’ll bring back memories of flared trousers, pat-pocketed high waisted trousers, Chopper bikes, Tony Blackburn, The Wombles, Roy Wood’s Wizzard and Christmas. You don’t need any more info than that really.

Having spent the month trying to avoid using the obvious pun connecting a huge hit by The Shamen with this London based synth-punk band is something that I would argue I nearly avoided but this new tune, complemented by yet another made-at-home video, has caught the ears and eyes this month. Es (top pic) came to my attention via the New Zealand online radio station 8K.NZ that’s been tinkered with at various times of the day this summer. There’s an album that also needs listening to at some point and hopefully a gig or two once this madness ends (if it ever ends). Severed (above) brings back memories of early-Eighties Siouxsie and the Banshees as well as The Fatal Microbes. Another band we all need to learn more about and one that seems to have done a digital lap of the world before landing a mile or two from where it came from originally. Twice the journey that some of these other tunes have made….

Life during Summer 2020 is made slightly more bearable by having the technology that can play endless songs on endless loops whenever we want to. Some of us are experiencing what we probably think as a bit like working in a record shop (but without any of the other work that working in a record shop involves). Great music on tap whenever we want it.
Albums by bands such as Australia’s DMA’s may have been ignored (in fact they were) previously but this band’s third album is worth a spin. The same country is also the home to A SWAYZE & THE GHOSTS, a fabulous band with a great selection of music available. LIME CORDIAL have a tune called Robbery that’s been played a lot around the house recently and then there’s  NUALA HONAN also from Australia but now based in Bristol with a second album coming out shortly that may have some of you queueing up like the rest of us, once the chance to be in the same room eventually becomes a reality. This one (Part of Something – below) sounds like Anna Calvi or PJ Harvey singing with Idles. Fabulous stuff – I think you’ll like too.

GÖSTA BERLINGS SAGA are from Sweden, have been going for 20 years and have numerous releases under their belts, but whose existence has only just reached East London this month (but were interviewed on this site in 2018). If like me you’re a sucker for decent instrumental synth-based head-nodding weirdness, then start your journey here.

WILL BUTLER  of Arcade Fire has a solo album about to drop and this tune from the album is one the bin men may find themselves whistling when you are rudely awoken by them on Wednesday mornings. Play this once, you ‘ll love it, twice you’ll be clapping and singing along, by the third time you’ll have an alcoholic beverage raised high in the air and by Christmas you’ll probably hate it. One of those tunes you may still be listening to regularly whether you want to or not as the next few years pass by. Probably one of those ‘hits’ that we used to hear a lot about when these things mattered. A catchy number as your Granny would say. A song for the family, like Lust For Life has been. If you don’t listen to this now then you’ll probably get to hear this somewhere else and realise then what I’m mumbling about.

We’ve been spoilt this month – more than 60 new tunes have passed through my (officially Coronavirus-negative) body this month. Help yourself to these by hitting the play button below while you do the ironing , washing up or cooking ….. There’ll be plenty more where these came from in another month’s time (Between you and me I have at least two new great songs by two new great bands I’m denying having heard yet so I have a head start for August).
Stay safe, stay home and don’t forget there’s some great new music still arriving by the truck load.
That’s the good news.
The bad news you’re all probably aware of and differs amongst each individual around us.
Don’t let go of the things you love – stay tuned x
The complete playlist dedicated to July 2020 can be found HERE.