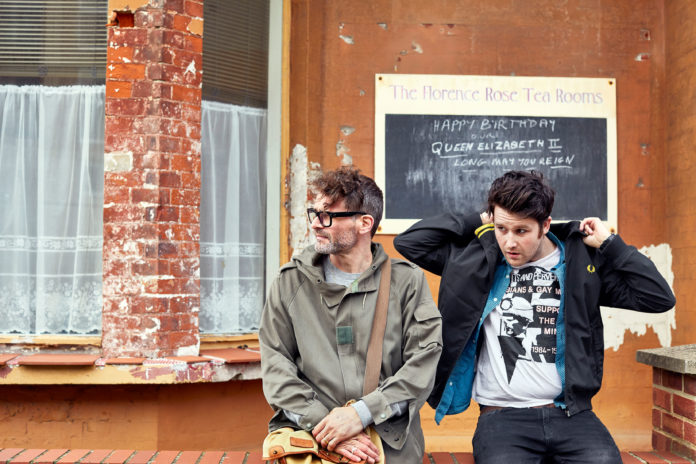 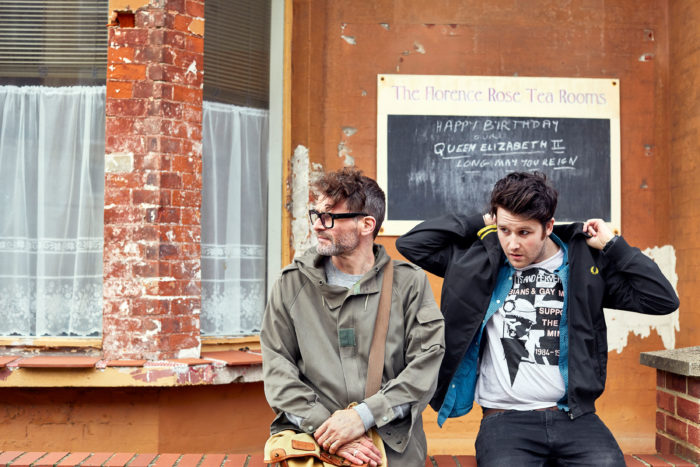 Keith Goldhanger begins 2020 with another selection of new music in his monthly series of recent discoveries.

January (as 70’s band Pilot once sung about) is spent ignoring everyone else’s tips for the top and looking over our shoulders at the tunes that made other peoples end of the year list (Here’s mine).
They maybe the same.
Mine aren’t.
We still haven’t met or heard our favourite new band of 2020 actually. You’ll probably realise this once we get to the end of the year.
I’m not sure how this track by SCROUNGE didn’t get played to death around the house last year. They’re doing shows in all our favourite places at the moment and need to be seen by at least one person not standing a million miles away. They’re a duo and if you’re already this far down the page then I genuinely believe you’ll love this if you haven’t heard it already.
Now that we’re getting to know each other then (this is for the benefit of any new readers) I’ll give you all something even better than the above.
Listen to this by SKINT & DEMORALISED (top pic by Kerry Harrison) and put it straight onto your tunes of the year (2020 – can you believe it?) if you haven’t heard it already. It’s a 2019 release but we can make up our own rules and move the goalposts at our leisure. It doesn’t matter really because in three years time if you have any mates that are going to be pulling you up on such matters….well, they don’t deserve to be your mates do they ? This is too good to be thrown onto the tail end of 2019. Last November this band were standing on the stage in London’s Old Blue Last and gave us half an hour of memories that will be remembered alongside the scores of brilliant things at least one of us has now witnessed between those four walls (probably more, no ones counting) over the past few years.
Skint & Demoralised seem to have escaped a few peoples notice over the years by the looks of things, have been around for a while now, had a break and then returned to play in front of many people that never really knew the band anyway.
Including yours truly.
Superheroes is a masterpiece. Once you hear this once you’ll want to listen to it on repeat. It’s the most 2019 tune of 2019 and in these days of spending too much time on Twitter it gives the listener some of the comfort and reassurances that some of us need to keep us from going barmy in reaction to some of the opinions we read that some people seem more comfortable to air than they used to. If only we could have more people in the world like Mat Abbott we think when we hear this.
Listen to this and tell me you’re not moved.
Brilliant stuff.
There’s a poem at the bottom of the page as a reward for reading as far as the bottom if you get there.

Then this came along.

If you need to know more about GIANT SWAN then our own Simon Tucker wrote about them here which saves me from having to write more words than just ‘Fucking’ and ‘Incredible’. Plans are being hatched to stand in the same room as these in a few weeks time. Stay tuned.

What tunes ! What a start to the year and all these mentioned so far were released in 2019! If this goes on you’ll get nothing new in 2020.
Maybe I’ll spend the year catching up.
Maybe I wont.
CRUELTY who we met in Cardiff at last years Sŵn Festival have released a follow up to  2018’s Disgraced tune called Leather Boy and have thankfully managed to even better their debut.
GROUPLOVE have turned into Status Quo with the glorious Deleter.
THE CORNERSHOP are back with No Rock : Save in Roll. HANNAH LOU CLARKE is back with a video for Trigger Happy Kisses. THE LOVELY EGGS have a fabulous new tune out that you can read about here. WIRE who have never gone away are still releasing belters, MURA MASA featuring SLOWTHAI and Deal wiv it …blimey! another superb tune and then this fell onto our laps, INTERNATIONAL TEACHERS OF POP featuring Jason from SLEAFORD MODS. Poptastic as no one ever said

The (live) band count of 2020 is approximately 20 so far. Silverbacks looked OK, Tiña (pronounced Teen ya) appeared to be even better than OK , Prima Queen sounded fab, Roxy Girls (all Male) will be seen again and a one man band looping everything in his reach called Oscar Mic (not called Oscar or Mike) was seen making glorious foot tapping pop tunes that were very much to our liking this month. Best live performance during January 2020 (not necessarily a new monthly non-award I’ll be presenting) goes to Luxury Apartments at The Old Blue Last. They still only have this available and one of us is very much looking forward to hearing more by this band in future months.

Everything else I’ll save for next month if that’s OK. In the meantime here’s more from Skint & Demoralised.