Home Blogs Things We Didn’t Know A Month Ago: February 2022 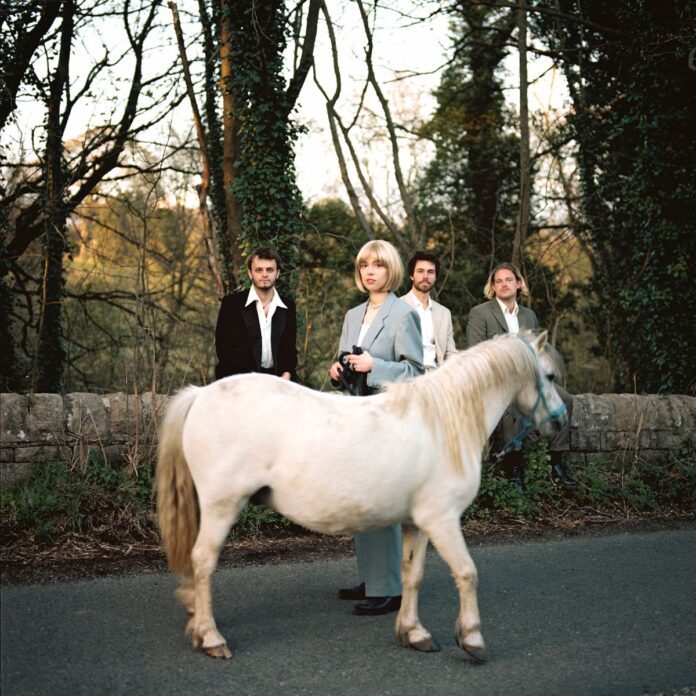 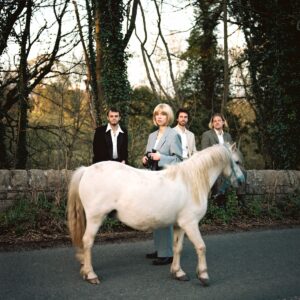 It’s already February and Keith Goldhanger has been finding new music from here, there and everywhere.  Finding out more about the people responsible appears to be more difficult at the moment though. Probably harder than it’s been since before the Internet was invented.

If January’s swift glide around some of the new releases made at least one of us feel guilty about not really knowing too much about the personnel involved in making the music then the trend in February continues as the guilt escalates. The year has started off for one of us as a time when simply listening to Peel or popping down to the West End to get the early copies of the music papers was easier. New bands so far in 2022 may have found their way into the speakers but, despite messages sent resulting in little response (and in some cases, nothing of note kicking around that can be found via search engines), one of us still wants to highlight the sounds in the hope those responsible will be encouraged to get in touch next time they’re in town. Are these people too busy to respond due to relentless TV appearances, long tours or have a manager that wants exposure ‘held back for a bit’ (which let’s face it is just plain daft) or do these people feel that their music is of very little worth and can’t be bothered about people other than their closest friends in on the secret? It’s meant to be easy nowadays we’re told, however, 2022 has started with so little communication from those who are making the music that the temptation to simply make up a lot of lies about what we’re listening to exists. But this won’t happen. The way these tunes arrived is enough to dwell on for the time being.

The story of February 2022 starts at a gig, in-between bands and with someone vaguely known to us who strikes up a conversation and mentions a band called Legs (or maybe Arms) but it’s spelt incorrectly we’re told. Once that conversation has faded so far into the distant memory and a band called Arms spelt wrong (or right) couldn’t be found, it’s realised that LEGGS (two G’s), who has a song called Arms (above) is a really cool young kid writing anthems and performing them with the aid of a few electronics and a back catalogue of Keane CD’s (maybe). Further investigations uncover that Leggs is a bloke called Daniel from Rhode Island who has a collection of fabulous, sad, laid back songs that are perfect for listening to when you either can’t be bothered to go to sleep or can’t be bothered to get out of bed. If you’re in the mood for more then Ballerina is another decent slice of dreamy sadness that’s ready to be fallen in love with (just click the highlighted link).
Then, just as one of us was about to wander back into the real world (AKA the pub) this came along and it’s immediate that this band called LEGSS (if you stare long enough it’s spelt differently) would have been the band we were recommended earlier in the month. Legss (two S’s) are a scruffy bunch of oinks making punk rock that’s not as harsh as Benefits, heavier than Sleaford Mods and it would be imagined could beat Yard Act in a game of Bulldog (Formerly known as British Bulldog) if the opportunity ever arose.
Legss have arrived it seems and are inviting us into the palace that holds dear all our early memories of bands we ended up loving for years. There are no guarantees at this early stage of course but they’ve been turning up at the right places recently and it’s hoped this trend will continue so those of us who haven’t had the pleasure of seeing the band yet can hopefully do so. Legss maybe the band we hoped Black Country New Road were going to be but weren’t or a weird version of Shame possibly and somewhere during the investigation into the band the words South London appeared. This tune Doomswayers (above) seems to be a great place to start, standing in the same room as them might be the next step, trying to work out what the dickens the chap is going on about can be put aside for another time but going in for seconds to watch Hollywood – A Film by the Reids is worth doing now (just click the highlighted link).

It’s worrying not knowing too much about these new slices of music that land on this desk from every direction conceivable. The risk of mentioning something that the whole world except one lonely man in East London knows about is something that one feels is bound to happen one day. Last month’s mention of Lo Moon had me sweating over their forthcoming appearance in the 20,000 capacity arena in Greenwich until it was learnt that it’s a support slot so doesn’t count as much as it would have had they been headlining. More details about that band will surface in a few months time.

OLIVER TREE (above) may fall into this category though (15 million YouTube plays and rising). This man looks like someone you may think you recognise from an episode of Tiger King (it’s not him) and this particular video that raised its head recently is certainly worth a watch. At first glance at the band’s website, the man from California seems to have a long US (Mexico, Australian) tour he’s in the middle of, no doubt performing many of his hugely popular (but not in these parts) wacky music that has attracted many listeners. If any act on this page may have tempted some of you to have travelled on a coach for three days to see him play at a festival in Croatia during your gap year, then this may be the one. Cowboys don’t cry is a decent place to start if this is something new to you- all the other tunes are worth spending an evening listening to also but seeing him live sometime …..maybe ……. if the journey to the show is covered by a TFL Oyster card and Deadletter aren’t playing at a festival in Croatia then at last one of us will turn up and have a peek.

Let me introduce you to the music of TERRY BLISS – A plumber who likes a spliff whilst making music on the weekends or a superstar DJ playing in front of thousands on a beach in some exotic land one of us has no intention of ever visiting but would like to think exists. Tikale (above) is a masterpiece when it comes to head-nodding electronic music. Letters have been written with responses as sparse as the music he makes and the YouTube hits are very low. If this chap comes out to play one night then one of us will make the effort for sure. We’re only into the second month of the year of course but this track sits top of the pile so far.

If you’re in the mood to hear more then Amuse Douche by Terry Bliss (just click the highlighted link) will hypnotise you into swapping that coffee for a glass of rum if you find yourself dusting the ornaments on the mantlepiece whilst listening to all of these recommendations this month.

Amuse Bouch (if you stare long enough it’s spelt slightly different) was also a tune on one half of a 10″ a band called Divorce shared with the fabulous Comeanechi a decade or so ago. The 2022 band with the same name have this month provided us a gripping indy guitar plodding alt country polite grungy foot tapping tune called Services (above). DIVORCE (main pic) are from Nottingham and will no doubt be turning up on our doorsteps during the year it’s imagined and hopefully there’ll more a few more tunes as great as this debut to witness.

Big thumbs up’s this month also go to WALT DISCO for their How cool are you ? Track, SCALPING for their new tune Flashforward, H09909 for Battery not Included,  POLICE CAR COLLECTIVE (who one of us still hasn’t seen) for Mike and finally the latest track from BLANCK MASS, Montana that has continued to keep the enthusiasm flowing this month.

This is my February 2022 compilation from top to bottom. It’s Soppy and Poppy, noisy and confusing and made by folk who seem to be spending more time making their music than they do promoting it. Enjoy these as much as I have and we’ll no doubt all bump into each other sometime before the next month comes to an end.

More at the end of March.