Home Blogs Things we didn’t know a month ago: February 2021 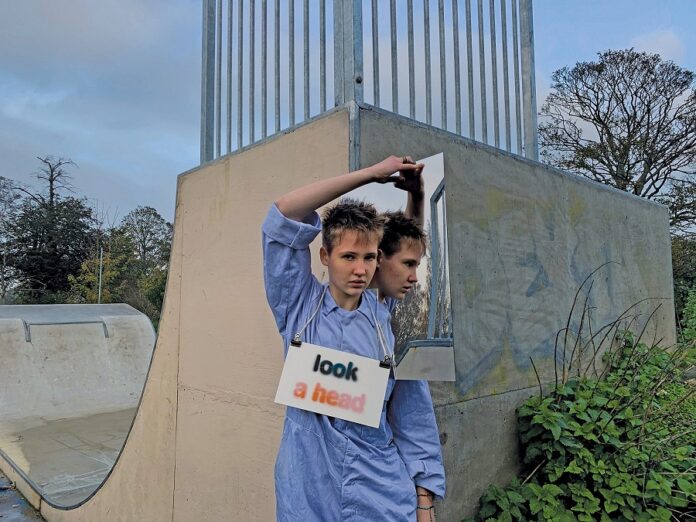 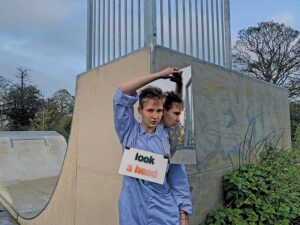 Keith Goldhanger provides a few highlights from some recent new releases that arrived during February 2021.

The second month of the year kicks off and new tunes keep arriving from new names, old names and names we’d probably forgotten about.

Last summer East London Punk Rock trio Rabies Babies released their debut EP that notably came out twenty-one years after the band formed. Nearly half a century after the formation of another East London ensemble THE STEPNEY SISTERS a debut single and a soon to be released debut album will be released. The band only existed for about Eighteen months in the 70’s, managed about 50 shows, lived in Squats played loads of benefit gigs, had babies and have since had words such as ‘Feminist Icons’  and ‘Traiblazers….’ included in sentences for those in the know. They have been credited for being ‘…a huge Cultural significance’ when describing the band to those of us who were still in short trousers during the time the band were together (there weren’t that many all-female bands around at the time). Heaps of praise from a band that seemed to have a huge impact on those that managed to witness the band live. This is 70’s sounding foot tapping, hip shaking East London smoochy Disco music (recorded in 2010 when they reunited for a gig or two) and it comes to us via Alcopop records, the same label as Dream Nails (whose album we covered last year) who feature (guitarist Anya Pearson) the daughter of The Stepney Sisters Nony Ardill. A wonderful introductory tune for breaking in our dancing shoes whilst we wait to be allowed out of our living rooms again.

NWRVR is one the youngest new names to have arrived in our speakers this year. Climate activist and musician River Codrington (main pic) has made a more than decent video for Body Swap. The song itself is a breath-taking piece of beautiful music that has been top of the pile of new music that’s come this way during February. There’s an EP out already called The Train is Coming and there promises to be more releases later in the year. This is fabulous.

GRANDMAS HOUSE are from Bristol and are cool as fuck. Always Happy is a tune that’s more Courtney Barnet than Love, more sarcastic than angry and at certain times (previous tune No Place like Home for example) they sound more 1982 than 2021. Here’s a trio one of us wants to see live one day and as usual there’ll probably be one or two others queuing up with us.

YA TSEEN is a new name that has arrived from Alaska via the Sub Pop label. This is for lovers of Tame Impala or MGMT and this debut track is from a forthcoming album that might be worth hunting out when it becomes available in April this year.

Based in Berlin and originally From Peru the name of SOFIA KOURTESIS has been a welcome arrival in our ears this month. This producer’s previous works (notably her self titled EP a couple of years ago) will certainly need revisiting again once you hear this blistering piece of electronic wizardry.

Some familiar names from years gone by have arrived back into our inboxes this month. GARY NUMAN has just thrown our way his best piece of music for years with Intruder, ANDY BELL (Ride/Oasis) released a solo album last year that’s worth hearing if you haven’t heard it yet however the remix of the single Skywalker by Pye Corner can’t be left alone once heard. MARTIN GORE (Depeche Mode) has a new EP out (mentioned previously here) and comes highly recommended however JAMES ATKIN formerly of EMF provides us with a tune that sounds just as you’d imagine the type of tune that the former frontman would be capable of throwing at us a couple of decades after the thrill a minute ride that EMF took us all on many moons ago. Album review here.

The last new tune worth highlighting this month comes from Belgium band WHISPERING SONS whose song Surface sounds as though it could have fitted in nicely on those early 80’s Earcom series of EP’s (£30 quid on Ebay nowadays!) some of us still go all giddy when reminded of stuff like this ( Strange, dark, gloomy foot-tapping post-punk). This is superb stuff and, during these days and nights that we’re spending away from our venues and pubs, this is another reminder of how we used to spend our teenage years, waiting for the day when you could walk through the doors of an establishment pumping stuff like this from the speakers as we try to make a snap decision on our choice of beverage, deciding to try them all and causing us to throw up on the bus ride home.

More new tunes will no doubt arrive next month. February’s full list that came our way can be heard here. Give them all a listen if you’re looking for fresh tunes.