Home Blogs Things We Didn’t Know A Month Ago: August 2021 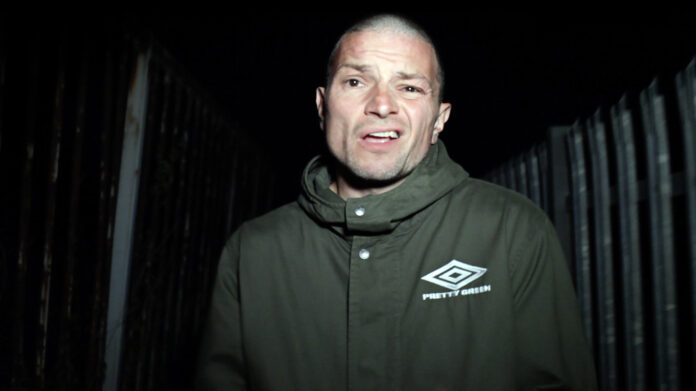 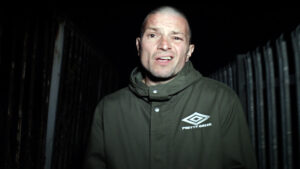 Keith Goldhanger introduces some loud, angry new tunes that have arrived during August 2021 in his monthly round up of recommended new sounds you may not be aware of yet.

It’s been punk rock city in one particular tiny establishment in East London this month: noisy, angry, convincing angst from those capable of understanding what we want to hear during these nasty, confusing times we’re living in. Punk Rock has many meanings of course; it always has done, but August 2021 made one of us realise that there’s an unpleasant world out there being soundtracked at the moment and taking influences from everything sitting under that banner since 1977. ‘Out there,’ of course, being the place some of us are gingerly stepping back out into and revisiting after a few weeks coughing, having long afternoon naps and getting the groceries delivered by loving friends.

This DARK SKY BURIAL tune has been played at ear-splitting volume at eleven o’clock during midweek nights recently. It’s wassisname… that Shane (Embury) bloke from Napalm Death. It’s ace and it’s called Beware Your Subconscious Destroyer, which is the kind of title you’d expect from the band members we may have met once down The Canterbury Arms (coming back to that in a moment) many years ago. One applauds them for still coming up with such great song titles, as well as such great, monstrous music. This is for those Fuck Button fans that want to hear something slightly more delightful, but at times horrifying. This sort of thing.

The Canterbury Arms (opposite Brixton police station) was a marvellous pub that put on many great gigs in the late 80s, mostly on Friday nights, featuring bands like the Electro Hippies, Doom, Extreme Noise Terror and many other delightful, loud, noisy, shouty bands that we’d hear John Peel play during either the evenings preceding the event, or later on Saturday afternoon or Sunday night (he wasn’t always 10-midnight). There’s a marvellous interview on this site that Louder than War did recently with Kevin (I’m sure we might have called him Kev) Martin. This is the chap that I recall putting on some of those shows back in 1988/89ish inside that back room.

Kevin was the singer (and I’m sure he played a saxophone sometimes) from GOD who scared some of us a bit. I remember seeing them the first time (eventually saw them loads), thinking they were terrible, but still a million times better than my own band (we never played there and now I regret it). Anyway, this is THE BUG. Most of you know this anyway, but his recent album is something of a masterpiece – worth mentioning again and worth directing you to that interview that can be read HERE (Album review here).

I can’t remember if I’ve ever seeing FRANK CARTER & THE RATTLESNAKES or Gallows live, but he’s got quite a superb bucket of great stuff kicking around. This’ll not only keep his current fan base content, but also elevate him even higher in the world rankings of shouty music (something that doesn’t exist of course). To add the icing on the cake, LYNKS doing what Lynks does best has turned an already half-decent foot stomper into an ‘end of the night first dance after a first snog’ glory moment.

And then PUNKBAND… where to start and how hard to insert the boot. One of us wanted to ignore them for the name he’s only just learnt how to spell correctly and for the clothes they wear, as well as the way they seem to be behaving. Really great tunes, which is why one of us is still here, but letting off fireworks near pigeons, throwing full cans of Fosters against a brick wall, putting cardboard boxes on their heads and filming themselves pissing is all a bit similar to everything Towers of London ever did wrong. It’s nice being reminded of when we were 14 and they look like my mates, Dave, Dik Deb & Trev back in 1979. This is why you need to watch this. It’s great in a very strange way and also a bit terrible.

Punks like a bit of terrible at times, as we may remember, so we’re gonna sneak in (again) one night and try to work out if this is a terrible comedy act that have three mates they only ever play to, or something teenagers will eventually be afraid of. Either shit or brilliant, but certainly provocative (if you can be bothered), but it’s not up to me. I’m still listening, thinking here’s a band with either too many Carnaby Street loyalty cards in their wallets, or a band who in a few years time will turn out to be the next Manic Street Preachers (or indeed, Towers of London).

ENOLA GAY don’t sound like the 1980s synth-pop band you’d first expect them to sound like as soon as you see their name. You’ll grin from ear to ear as soon their heavy synth guitar riffs kick in and make you fall in love with them: like Head of David with a Girlband, Ministry and Pavement album and coming to a pub near us very soon we’re hoping. This is a million times more punk rock than Punkband (all one word). Enloa Gay sound scary and at the end of the day, as established earlier, it’s the scariest people who will still be making the coolest music thirty-three(ish) years later. This band still hold the accolade around these parts that earlier tune, The Birth of a Nation, has the worst-sounding bass guitar ever. That is something to be remembered by. Can’t wait to see these live. This is their recent tune that may have its own video too eventually – a top-notch racket.

AUDIOBOOKS are a brilliant duo who will irritate anyone not already familiar with their output. Their music would have had us frantically cramming ourselves into friends’ cars as teenagers to catch a glimpse of them in the early 1980s. Punk rock synths lead pop music that would never get on the telly, but would definitely have filled up the dance floors back then (maybe they are currently, but some of us haven’t been out much recently).

BOGWIFE win the prize for the worst band name of the year so far, however they’re from Aalborg in Denmark (a very cool city) and are releasing their second album before the end of the year. More Black Sabbath than Big Black and a decent noise to nod off to as you rock your hammock in the back garden during these days we call the British heatwave.

COURTING are a band high on our list of acts to see before the year is out. This (Glows) remix of their song Crass (calm down out there!) reminded one of us to dig out the original that sounds nothing like the remix (as it shouldn’t) and to scour the listings for a night out in their company sometime.

GRAHAM COXON has written an album as a soundtrack to a graphic novel called Superstate, that needs to be heard and read all the way through one day. Yoga Town sounds like a Stereolab/Arcade Fire collaboration and is one of the tunes of the year for any of us indie kids who sometimes love going to watch bands in huge venues that cost more than we can afford.

This months’ outstanding shortlist of new arrivals is completed with this fierce piece of music by BENEFITS (main pic) who one of us has been keeping an eye on for many years now. This is ‘punk rock’, if you’re one of those who remember those intense Crass gigs that we visited once our King’s Road attire was knackered and we’d realised we’d been cheated. It’s easy to compare this to Throbbing Gristle, Whitehouse and Pop Group, as well as those making this kind of racket in their own bedrooms during lockdown, but the secret here is in the sincerity and the execution that Kingsley has mastered. It helps being this angry as well, of course, but we just wish we didn’t have to shout because ‘It’s all we’ve got left’. Empire is genius and should be aired on every TV and Radio show in the UK (and further), but of course, this isn’t up to me either. It’s up to all you lot out there.

Thanks for getting this far down the page – here’s my own August playlist, with apologies for not having time to mention everything.

Words by Keith Goldhanger. Pink Suits photo by Kathryn Betts. More writing by Keith on Louder Than War can be found at his author’s archive. You can also find Keith on Facebook and Twitter (@HIDEOUSWHEELINV).