Home Blogs Things we didn’t know a month ago: April 2021 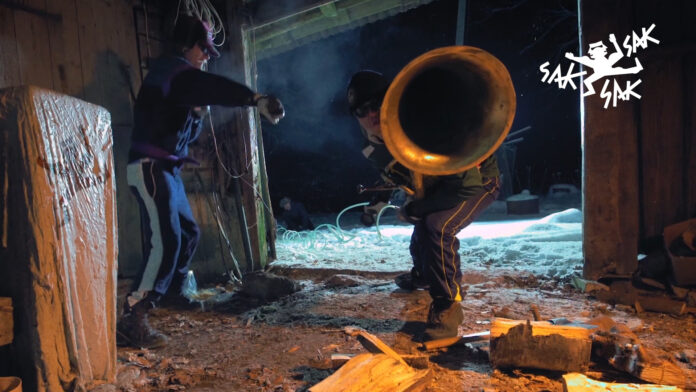 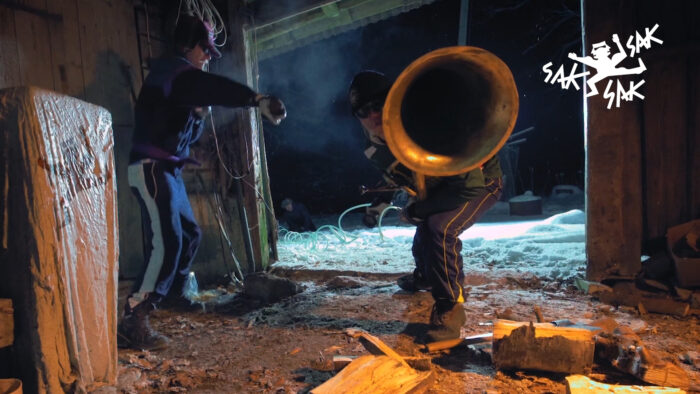 April 2021 and the beer gardens are open again, E-mails inviting us to a load of gigs are arriving, we’ve finished going through our photos we took as teenagers and Line of Duty (no one including the actors knew what any of it was about) has finally ended.

Apart from the sore arm from the jab tormented by too much DIY in the garden things are possibly looking up. Bands are still releasing cracking tunes that we can’t wait to see live one day, the diaries are out again however knowing when to start standing inside small rooms with other people is still a decision not yet made.

One of us has recently found himself targeted by North Eastern European bands that realise there’s always one person in this world that will shake an agreeable fist in the air at their crazy fucked up musical accomplishments. If someone told you they were about to play you the best piece of music and video ever to be put on the internet what would your pre-conceived idea be of it? Think about this for a moment then try this….

Two brothers, named Maksakas and Retsike  (pronounce it as you like) have sent me this. They call themselves SAK SAK SAK and they live in the woods in the middle of Estonia, home of some of the most brilliant fucked up music that has come this way recently. Come on in, close the door sit back and tell me you’ve not seen a better music video and piece of music performed in front of us around here since…..ooh….maybe from that obscure friend of a friends band who knew Alex Empire and came from Potzdam, walked with a limp and kept all their possessions in a small box….?

These blokes ‘never sleep and practice sports all day from dusk until dawn’.
Brilliant.
‘They never speak, and they joke around with nobody……’

I’m not one for copying press releases but If I wrote that myself, you’d think I was making this stuff up. Anyway, where were we…oh yeah….. bloody brilliant. Listen to this in comparison to the Bobby Gillespie/Jehnny Beth collaboration that anyone with a radio show will be playing currently and then tell me that SAK SAK by SAK SAK SAK isn’t a lot more interesting and aurally fulfilling.

Estonia, the home of Winny Puhh and also one of last month’s favourite new bands REDEL who themselves have a fabulous new tune and appear in this column for the second month consecutively.

REDEL, who someone once jokingly called ‘The Estonian Sleaford Mods’ (They’re not) have hit us up with a second beauty following Tartu that many of us still can’t stop playing. Redel look like Timmy Mallet, Steve ‘in the afternoon’ Wright, sound a bit like The Chemical Brothers once you get past the foot-stomping glitchy unconventional stuff and behave as though they could be the biggest Chemical consumers in Northern Europe. Maybe everyone’s as mad as this in Estonia, maybe we should all go and live there.

This is music you need to be listening to after all this time away from pubs, clubs, friends you never liked and the bloke in the barbers.

Unless you’re still at Primary school that is….

One might be forgiven for thinking that BLACK SALMON sound like a couple of seven-year-olds. This is because along with Edwin, who is nine, Linus (7) and Walter (7) have arrived into our lives and have provided the listening world with Chihuahua Power, a punk rock song about a couple of pet dogs which is what you’d probably expect from musicians of this age with a decent attitude and parent with a biggish car who doesn’t mind rehearsals going on in the living room. Older people may remember Scottish band The Prats back in 1981. This is much more competent than the previous youngest decent band we remember even though this trio from the North of England are twice as young as the Scottish Peel favourites. One suspects though that there may be a grown-up making sure that Black Salmon eat their greens, make sure they know their twelve times table (although I’m sure if Chihuahua comes up in a spelling test these boys will have cracked it) and you can hardly expect them to turn up at venues without their dad (They’re the youngest band to have ever played The Hull Adelphi fact fans). The future looks bright, the future could involve Black Salmon.

CROY AND THE BOYS are from Austin Texas and the question here for all the Country & Western fans who may have never travelled as far as Essex is they ‘ Do they owe us a living?’

YES!  it’s that song, the tune that we like to whistle as we skip down the road chasing the milkman for our (non-dairy) milk in the mornings. During a time when it seems many are getting their Crass albums out again (have you heard the new SUBWAYS single yet? – strewth…..we can argue about this another time !!) this is a refreshing change of pace and a wonderful cover version.

MOTHER MOTHER are the band that 15-year-old’s are probably locking themselves in their bedrooms listening to whilst their parents tap their toes to the latest Blossoms album downstairs in the kitchen.

Although this band may not appear to be as exciting and fresh as the first time we all heard The Pixies or Arcade Fire they are a band that will introduce a new generation of teenagers to bands such as these which could then lead them onto the harder stuff until someone has a quiet word and warns them on the risk of getting hooked on the mad stuff from Estonia by the time they get really old. This is happy catchy indie-pop music that’ll be the soundtrack for many young teenage festival-goers sloping off whilst their parents go to watch Wolf Alice again to live their dreams and wave their arms around to this band. This is swing your handbag, drink soft refreshments through a straw indie at its unashamedly best therefore if you love the Estonian stuff one expects you may fucking hate this. We do have to level the dancefloors nowadays otherwise we’d just go over the edge remember.

SOCIAL HAUL are more than decent too. This band involves Leigh from Traams who we all love and will continue to love however Social Haul have an album on the way (FatCat Records) that needs your attention because if the two tracks currently available (first tune Wet eyes here) are anything to go on should be a cracker. Start listening to these now and stay in touch with this new raging trio from the English South Coast that hope to be touring before the end of the year.

The list of decent new tunes for April 2021 hovers around the one hundred mark yet again. LYNKS is still being a brilliant pop star with This is the Hit featuring Shame’s Charlie Steen, THE JOY FORMIDABLE continue to be ace with their new tune Into the blue, ditto SPORTS TEAM (Happy (God’s own Country) NWRVR who we fell in love with earlier this year has a couple of lovely new tunes out as does RAF RUNDELL (More U know)…the complete list is huge and available by clicking here.

Finally DAVID BORING seems to be anything but boring…another wall of glorious confusing noise and one of not very many music makers we’ve found over the years from Hong Kong.

Special mentions this month also go to CLAMM from Melbourne Australia who need to be heard and kept an eye on if new tune Liar is any indication of what we might expect if our paths are ever going to cross and finally WINKIE from New York invited themselves into our lives, made a racket and promised to keep coming back to give us more (album out later this year …..here’s a good starting point if you need an introduction).

Give these all a listen and make everyone involved famous.
More next month – Let us know what you think.