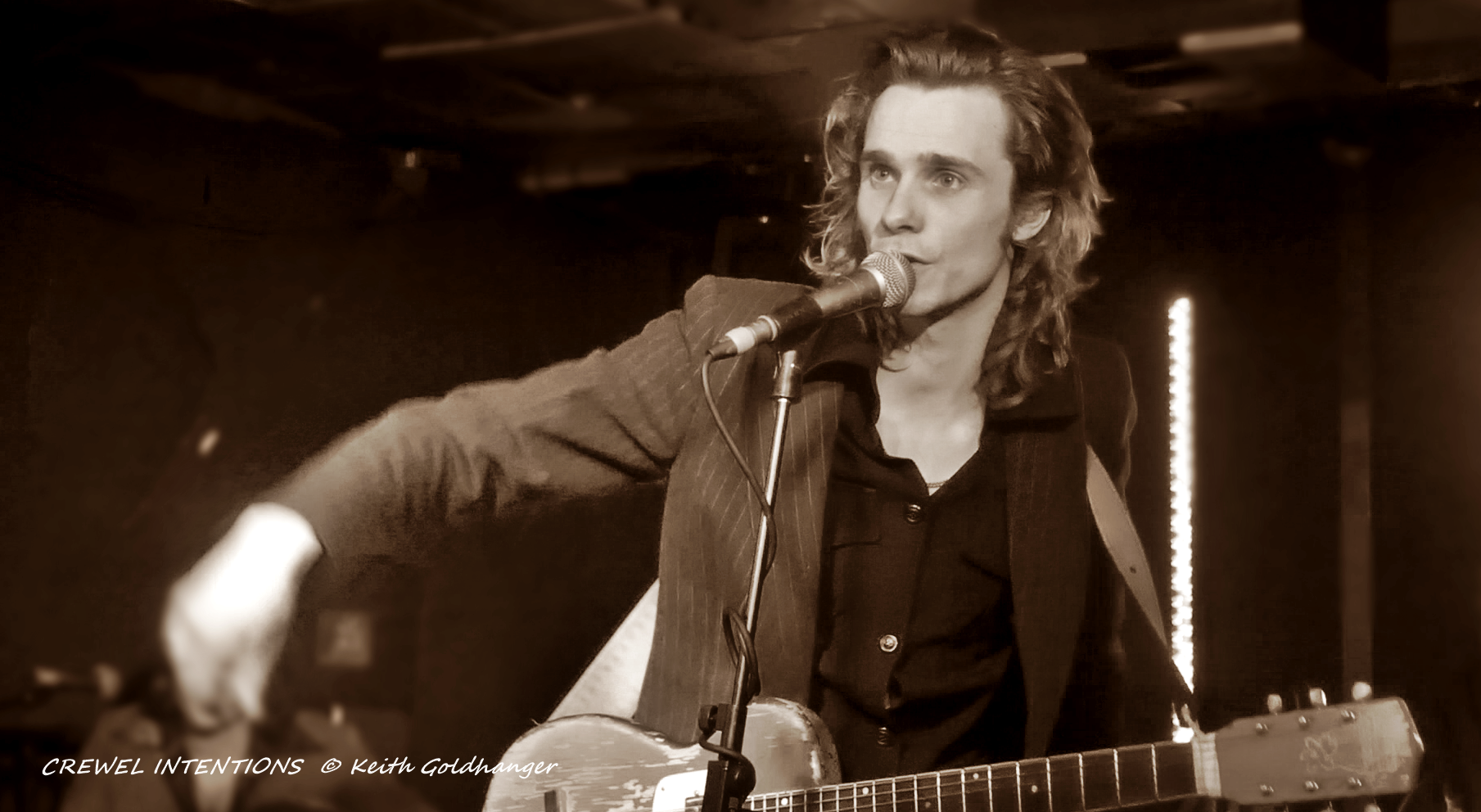 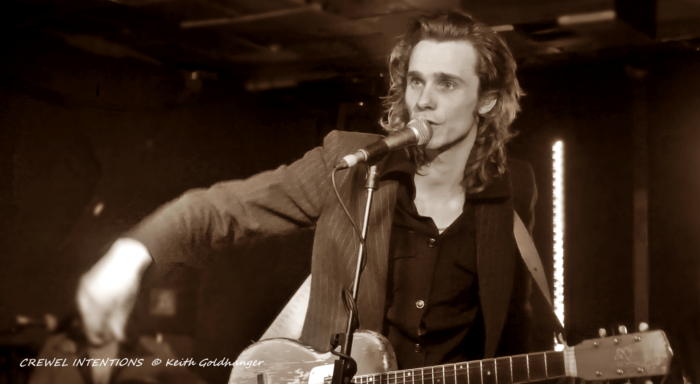 Keith Goldhanger provides us with a few highlights from October 2018.

As 2018 comes to a close there will be men and women crouched over laptops somewhere around the neighbourhood arguing the merits of their favourite bands that no one else seems to have heard of yet and placing post-it notes on walls with strange names written on them in order to collate shows for January’s new arrivals. We still don’t know who these people are. When a show doesn’t require any payment it’s difficult to know who’s in charge of these things. One of us declared his intention at the start of the year to find out more about these people but he couldn’t be arsed in the end and now he feels a bit bad about it.

Last January’s list of gigs in East London in particular is enough proof if proof were indeed needed that these people do know what they’re doing.

There was one band in particular that caught the attention of one punter with nothing else better to do on a cold Wednesday night at the start of 2018. CREWEL INTENTIONS, a band that were ridiculously impressive and played us some ridiculously excellent tunes that caused some of us to argue amongst ourselves about before the third song had even finished. These were so good at least one of us paid a second visit a week or so later to find out more whilst those that thought opposite will now get this posted directly to them in order to attempt a change of opinion. There has been nothing online worth digging into until now, except for a few rubbish live snippets that didn’t do the band justice.

Ten months on and it’s established that this bands impressive front man, with the nice hair and shirt is Chilli Jessen (top pic) of Palma Violets fame, a man with form and with a few other blokes that look too cool for school in their open necked shirts and dinner jackets with a little bit of form themselves too if the faces we recognise are the ones we think they are. October came and just as we were beginning to forget about that week during the first month of the year along came this.  Four minutes of pure class that goes by the name of Youth In Overload. This band have released a debut so ace it makes one feel guilty just to simply sit here and tell you how good this is when they’ve actually done all the hard work themselves. It’s Jarvis meets Cave, its brilliant (there’s even a bloke in the video that looks like a young Roland S Howard), it’ll make the hairs on the back of your neck do things that music is capable of and it’s now here for us all to begin obsessing over and scouring the appropriate places in the hope that they’ll turn up again now we have at least one song to sing along to. Try to catch these on small stages in small pubs if you get the chance. I’d like to think the UK can have a year or so of this if we’re lucky but Crewel Intentions already look and sound like a band playing in huge one thousand plus capacity venues. You’ll know what I mean when you see them. A huge debut and a band worth seeing again.

One of us went to Wales for a week (Did anyone mention this at all ?)
It’s now November and this is still getting an airing around the house. My Name is Ian – Fight, Drink And Watch People Die On TV is a tune discovered whilst searching for things to do in Cardiff last month. They turned up at one of BBC Introducing  DJ Huw Stephens’ evenings on a Tuesday here in London so they were seen in expectation that we knew some bands in Wales would be missed. Set closer Best Case Scenario is a terrible tune that even on a quiet mid week night had people singing along to. A song you may like to hear and sing along to yourselves at least once but after the bus journey that took us home that night had been completed the earworm it caused had ruined any enthusiasm to want to hear that particular song again. This one however is ace. Like Half Man Half Biscuit these are worth seeing in order to concentrate on what they’re singing about. Witty lyrics, witty Welsh men and their latest here well worth a listen. One of the best videos of the year.  Three blokes running around Cardiff. Why hasn’t anyone else thought of doing this before? Tiring I expect and the punch line at the end let me down a little but glasses raised. I’ll come and say hello if there’s a next time.

It was three years ago in Cardiff when Plastic Mermaids made an introduction into some of our lives. Whist sitting outside our tents in the cold Welsh Valleys last month (aka swanky hotel that still serve pizza at 5am) it was nice hearing this on Radio X every evening being John Kennedy’s tune of the week (‘The Big One’). This month the band have given us a fabulous video for this song that keeps them on that personal list of favourite bands in the world (currently about twenty long – not going to count them and not going to write them down). How many other bands do we know that would be able to water ski whilst wearing budgie smugglers alongside someone dressed as a robot and hanging out around the Isle of Wight still managing to look cooler than Duran Duran in their Rio video ?

It’s about time Plastic Mermaids gave us an album (or a double album). A trip back to London is long overdue. A trip back to the mainland in March 2019 has been pencilled in. Read my last thoughts on them when they were here a couple of years ago. – Love ’em.

Plastician – Brexit Beats  – The darkest piece of music on the internet at the moment. Listen to it and it’ll proper piss you off but relax you at the same time. An odd combination of reactions but worth three and a half minutes of your life.  Sums up the UK perfectly.

On a happier level Mesadorm  revisited London one Saturday morning as part of the regular series of Daylight sessions at North London’s Union Chapel. If you live in London and are not familiar with the best reason ever to get up before dinner time on a Saturday then these mornings (Midday start…but if you’ve been dancing the fandango flapping your long beard around the clubs of Hoxton Square until 4am….) are worth peeping inside for a coffee, a slice of cake and lovely entertainment provided by musicians most of us would have had little or no previous knowledge of. Also on the bill that lunchtime was a man named Kadialy Kouyate who alongside a man we are introduced to as Al MacSween performed for half an hour. One tune (above) called Souaresi has surfaced and made us realise this needs sharing in order to give an example of what does go on in this building during these free (donations welcome) event.  Check out their other events here. This is another tune to savour and digest over a nice warm cup of tea.

Other recommendations this month are ;

Show Boy – Met them down the pub one week, watched them entertain another pub a week later.
Maven Grace – Favourite new find at Standon Calling  this year. So mesmerising we didn’t even notice Bryan Ferry standing nearby.
Bear Paw  – Lovely lovely lovely ……
Mesadorm Live at the Union Chapel on the Saturday morning as mentioned above.
The Indica Gallery …- Met these down to pub also. Can’t remember which one but this dreamy psychedelia is a bit nice.
Wild Cat Strike – Found in Cardiff and still loving their music.
Crewel Intentions – Another one.
More next Month.
~
All words by Keith Goldhanger. More writing by Keith on Louder Than War can be found at his author’s archive. You can also find Keith on Facebook and Twitter (@HIDEOUSWHEELINV). You may subscribe to the Goldhanger Shorts Facebook page or browse some of his photos too if you so wish.