Home Blogs Things we didn’t know a month ago: July 2017 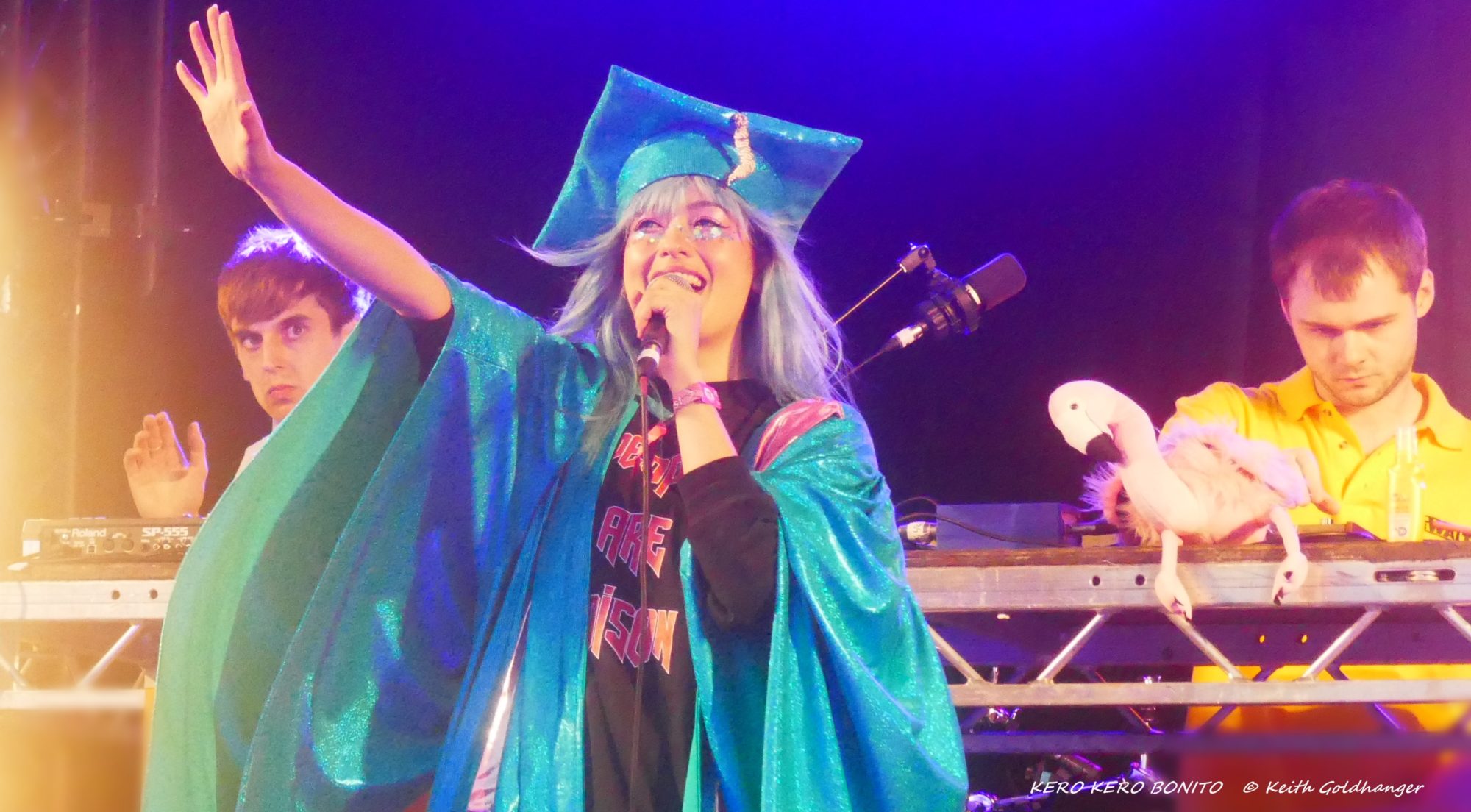 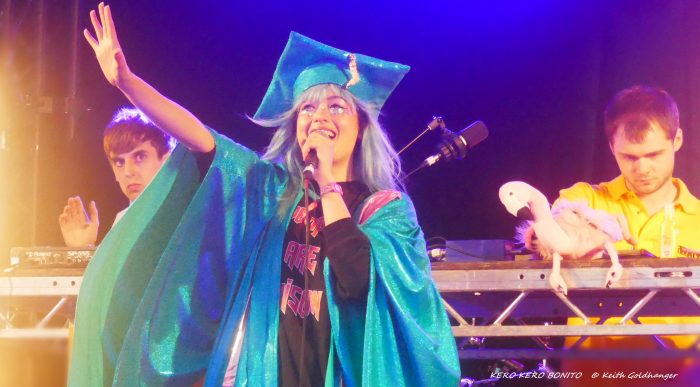 Keith Goldhanger continues his monthly rant incorporating some music he’d not been aware of before the start of July.

Bu badaaah bu badahhh ba ba DAH DAHHHHH  …. Skoooooooooool’s owt  … It’s raining, It’s pouring, the old man is snoring…. before lifting his weary head from the dashboard and entertaining the kids with the most unashamedly saccharine sweet fizzy cherry pop that goes by the name of KERA KERA BONITO (main pic). Two thirds South London (think BBC’s lost comedy duo Trevor and Simon) and one third half English/half Japanese (think girl with a squeaky voice and blue hair) this band are a cheesy electronic tacky but fabulous cartoon-like band that have written enough tunes to fill your ears that will make you scream and scream until you’re sick. Unheard of in our ears until they graced the stage at the 2017 Standon Calling Festival in July this trio will rot your brains. Therefore if you like the noisy shouty stuff that some of us around here can’t get enough of then you may wish to steer clear. However if it’s an earworm for a wet summers day when you’re stuck in the car staring through the drizzle at the beach you thought you’d be sleeping on in the middle of the afternoon then this may make your holiday even worse that you thought possible. Not so much Louder Than War but sweeter that Sunny Delight. Think of the kids maaaan !….

July’s tune of the month for me however (resuming normal service) has to be this racket by a band I’ve yet to set eyes on. LADYBIRD are currently gigging here and there and hopefully by the time the sitting in a field getting hammered season is over they’ll appear on a wet Tuesday night somewhere local that provides a roof over our heads. They’re a trio and they’re from Kent. That’s all we know and that’s all we want to know for the time being. This is fabulous.

If you listen to a tune ten times you may start singing along by the eleventh said someone once.
Well the other day.
It doesn’t always mean its a great song but when you’re in the back of the van stocktaking with the radio on in the background there will always be those bands you involuntary start to add your own backing vocals to whether you realise it or not and that’s why some of us can hold up a hairbrush in front of the mirror to The Arctic Monkeys, Kasabian or Coldplay. If like me you may enjoy listening to radio shows where the DJ often forgets to introduce a tune and it turns out after three and a half minutes that you’ve been listening to a stadium filling band without much of a shrug it does make you wonder if life will ever change in the murky world of music. Its taken one of us around here about six weeks to realise the Arcade Fire single (which to be honest isn’t really very good anyway) is in fact the new Killers song.

CANDICE GORDON’s new tune may remind the younger amongst us to mention Harvey or Cave however the glint it caused in the eye of at least one old man in East London recently had us going up into the loft to retrieve at least one of those old AC Temple albums from the early 1990’s that Blast first records were so kind in making sure a trip to Rough Trade would be worth while back in those pre-internet days. Hopefully this will result in an appearance in London at some point to follow a very brief experience at Bestival a few years ago that put the name on our lips that was never forgotten.

Siobhan Wilson was pretty ace when we dragged our heals into The venue that isn’t called The Camden Barfly anymore (The Assembly I believe the bit above the door now says). She was pretty impressive and so is this track that keeps turning up inside the ears and echoing around the neighbourhood when all the windows are open during the hot balmy summer we were having before the schools broke up.
Luckily enough I don’t feel the need to tell you too much about her album because Emily Oldfield has already reviewed it on this very web site https://louderthanwar.com/siobhan-wilson-there-are-no-saints-album-review/

Finally it gives me great pleasure to see that Gary Numan’s track with his daughter Persia is available to listen to. A magical moment on the main stage at this years Standon Calling Festival was as wonderful as anything we saw at Glastonbury earlier in the summer.

More at the end of August once the sun reappears.