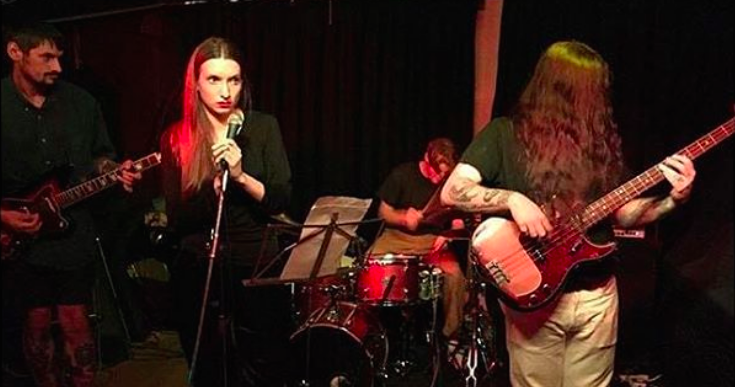 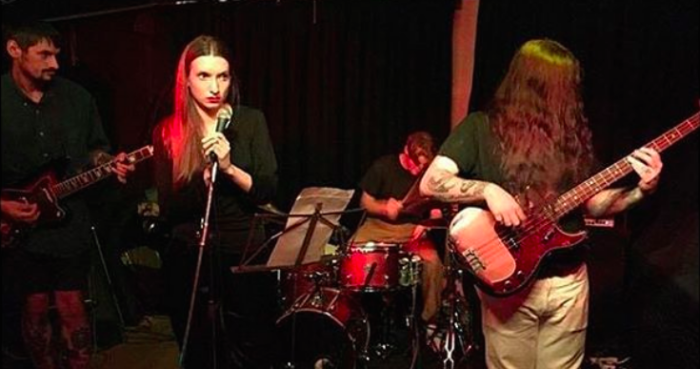 Two years ago Keith Goldhanger began writing monthly articles as an excuse to mention any half decent band he’s seen for the first time. In January 2017 he began to tease us with a band from Bristol called Idles. Last year it was Sports Team. We’ve been waiting with bated breath for the beginning of 2019.

To refuse to admit that some of the shows seen so far this year have been utter shite would discredit the good experiences in the past. It’s not been a great start in many ways to 2019 but it has been interesting. Back in the 80’s some of the stuff treading the boards a few feet away from us during January 2019 wouldn’t have left the stage without at least one object being thrown into the direction of the stage. Fortunately we’re not like that now of course but it has to be said that more than once during January at least one of us had a change of mind once returning home and realising that one or two tunes that have managed to get the adrenaline flowing are owned by the very same bands we’d been sneering at recently.
Which is why they’re where they are on a particular evening in the first place of course. The bad ones won’t get a mention (yet, if ever) but the good ones are already filling our speakers with debut releases and may get mentioned again.
Like now.

DRY CLEANING (top pic) turned up just before the Christmas Carols began kicking in last year. Their Sweet Princess EP may not necessarily be on any agencies ‘bands that may possibly get to headline the major festivals one day’ list but we have here a slice of music everyone should have available to them. An unassuming young lady named Florence holds the mike and guides us through some stories that even after numerous listens are difficult to understand. Talking over music needs to be done with clarity, articulation and good timing. Sleaford Mods have achieved this as did John Cooper Clarke during his drum machine period. Alex Turner, Blur, Lias Saoudi (Fat White Family), Kim Gordon (Song for Karen) and best of the lot Eve Libertine (Crass’ Penis Envy album) to name a few. Dry cleaning manage this too. A joyous band to experience.
This four piece sound like Prolapse without Scottish Mick or Stereolab with a very grown up Jackanory presenter holding the microphone, often swearing, groaning and occasionally taking a break so the listener can actually listen to some foot taping catchy music before being drawn back into the story telling (although I’m sure no Jackanory presenter ever quoted anyone asking if they’d ever ‘Spat cum on the carpet of a Travelodge’).
Even though a lot of it doesn’t seem to be making very much sense it’s fabulous.
Dry cleaning are not a band you’ll ever feel the temptation to sing along too but a great band worth hearing. This is a piece of music that’s been played to death by one bloke in East London recently. First favourite band of the year. Have a listen.

FAT WHITE FAMILY seem to have been mixing up their Madchester compilation cassettes with John Grants Pale Green Ghosts album and their new tune this month has lifted them up yet another notch on the great bands from the UK list. SLEAFORD MODS have started using some dub step wobble on new tune Kebab Spider which must be one of their greatest tunes yet and personal favourites PLASTIC MERMAIDS seem to have discovered a few Mercury Rev albums which is never a bad thing.
FUR turned up again and are getting us prepared for a full EP release very shortly. This Brighton band were ridiculously good again this month and win the ‘most likely band that could get successful enough to get me into this years Reading Festival’ award. (Previous winners, Sports Team 2018 and Transglobal Underground 1994)

Free gigs in East London’s Old Blue Last has been the place to be in January. Every Tuesday night, one in one out at half eight and four bands a night we’ll be arguing over until the end of the year. Some of us will be either still be going to see some of these acts again or happy to never cross paths again.

AUDIOBOOKS – are a interesting duo. Half of the duo looks like God (or J Mascis if you’re one of those music obsessives). Between them they sing about sleeping in peoples gardens, getting their legs waxed and the cities of Swansea and Gothenburg over some 80’s inspired electronic pop tunes (with a big bass drum). They sound like they may have been fed on a diet of old Invicta Hi Fi records, have stolen all their dads Human League albums and just like Dry Cleaning It’s expected that by Mentioning ‘….and the Native Hipsters’ for a second time recently they’ll have an evening listening to ‘Larry’s coming back‘ and ‘Oh Look there goes Concord again‘. One can sense them googling all this now and probably screaming fuck off out loud across an empty room hoping I’ll hear from many miles away.

I wanted to ignore Audiobooks but kept coming back to the tune about sleeping in peoples gardens. I saw them, they were terrible, that song is terrible except for the end of the first line that the one that looks like God sings. The one that didn’t look like God began singing ‘War Pigs’ at one point.
Terrible.
A week or two later though, just as I said is always possible, one has realised that the tunes this duo have are rather good. Close your eyes, think of Confidence Man dancing around to Hot Salt (that’s the one about …oh y’know…) and it sounds much better. Stop trying to compare them with anyone else and they sound much better too. Therefore they win the most unique act of the month award which means I can’t wait to see them again of course but I won’t invite any of you though because I think you’d hate me. Once they’ve won me over a bit more though I might be able to explain why you should come too. Dance your life away (above) reminds me of The Slits, there’s an Andy Weatherall remix kicking around that’s ace too and it’s one of the best tunes of January. We noted they finished their show with this song whereas history has taught us the best bands at this stage of their lives have been starting their shows with the one ‘hit’ they possess and work up from there. For a band that were terrible their music has been played a lot at home. They exist. I’m going to see them again and I’ll come away saying how terrible they are again I imagine but still keep listening to their music and then repeat the same process until I’m camped out in their gardens (not writing a song about the experience) trying to blag an early copy of an album they’ll no doubt make one day.
One of those types of bands.

YOLA‘s  Faraway look is a tune and a half. Even better when Jools Holland isn’t playing the piano over the top as he did during the turn of the years’ Hootennany TV show, a show none of us watched until the second week of the year as we were all out in the street watching fireworks and taking advantage of the trains running all night. If 60’s sounding country music is your thing then you’ll love this and it is exhibit #1 that Scottish band Slime City need to listen to and then name anything that’s come close to matching this on Top of The Pops over the past decade. Yola is from Bristol, has a soon to be popular around the world debut album out before springtime and will be in the US to celebrate it’s release. None of that free Dice ticket (that no one ever checks) nonsense down the Shaklewell Arms on a Tuesday night then ?

SLIME CITY  are all called Michael and have been introduced to us now for real. This trio have more decent songs in them at the moment that some bands manage to achieve in a lifetime. More gigs please (you can all come to see these with me).
The description I mentioned last year of them sounding like Sparks, Cardiacs and The Dead Kennedy’s is something I’m sticking to.  Here’s another tune they’ve unleashed this month.

SQUID are other already on the want to see again list.
Some more tunes by DITZ were found and then just as someone asked what Idles were up to nowadays this turned up. Some bands eh ? ……one bit of fame on Soccer Am and before you know it they’ve turned into a Country And Western band.

Or maybe not. More next month.