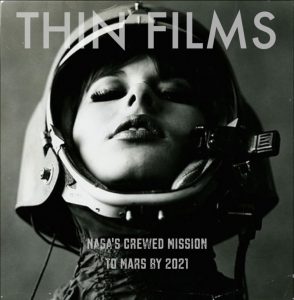 NASA’s Crewed Mission To Mars By 2021

Thin Films has once again delivered the goods with his latest release NASA’s Crewed Mission To Mars By 2021. As the title suggests, this track is inspired by NASA’s latest mission to investigate the possibilities of colonising another spinning ball of rock that us humans can fuck up. And as usual, Thin Films’ masterly use of production, electronica and atmospheric noises takes this track to another level of greatness. What differs this time is that this track utilises actual ‘Foley’ type effects that makes this an almost final synthesis of his previous work. This really feels like he has finally created a calling card that he can use to show off his abilities.

Talking to Thin Films about the creative process and you realise that everything he creates is made on a 1974 Mini Korg 700s that he bought from his aunt. Previously belonging to his uncle, Thin Films restored it to ‘keep it in the family’ and has used it ever since. He describes it as having “mono and doesn’t have any midi so it has a really warm and crackly analogue sound”. It’s this quality that just makes Thin Film’s output so special and unparalleled. Listen now.