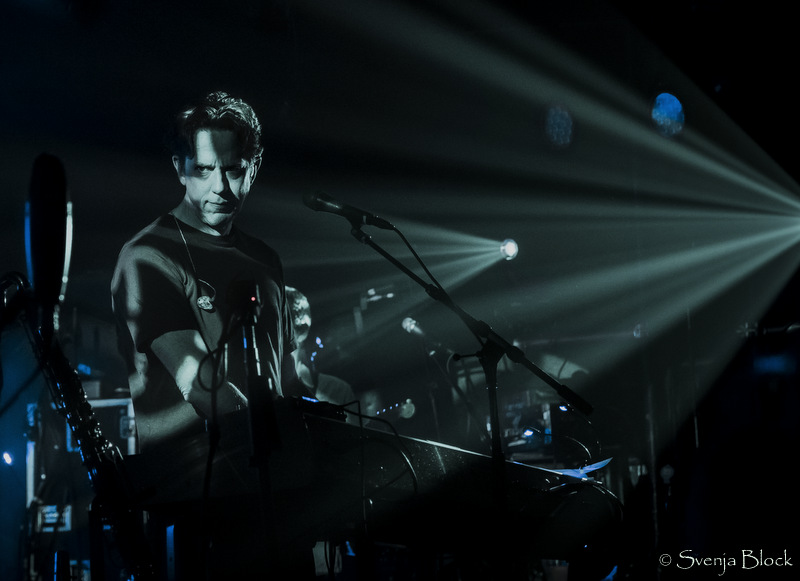 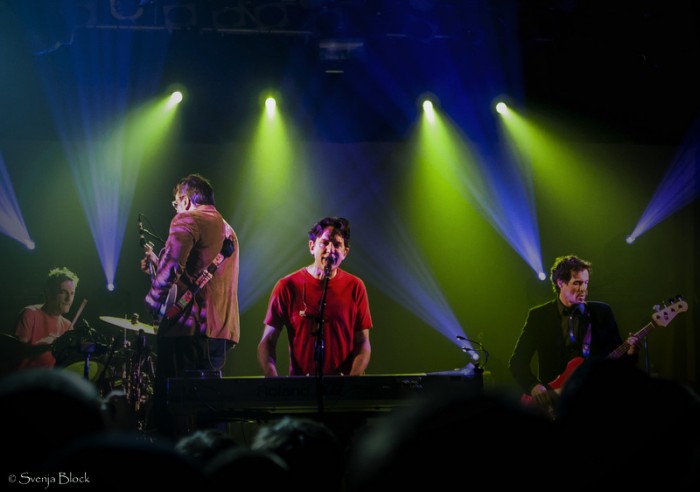 They Might Be Giants finish their UK tour with a triumphant night at The Electric Ballroom. Louder Than War’s Craig Chaligne reviews. Photos by Svenja Block.

Permanently on tour and permanently recording, are They Might Be Giants the most hard working band ever ? They put two full length LP’s in 2015 (check out our review of “Why ?”) an are about to release another in 2016 entitled “Phone Power”.  Setting the mood for the whole evening, the first two songs: “The Statue Got Me High” and “Can’t Keep Johnny Down” saw a band firing on all cylinders with John Flansburgh windmilling his way round the stage like Pete Townshend on a great day. The gig was originally scheduled to take place at Shepherd’s Bush Empire but had to be relocated due to a crack appearing in the roof of the venue. The two John’s seized this opportunity creating a running gag through the whole evening culminating in a sketch were John Linnell stopped one song to take a call from “The ghost of the Shepherd’s Bush Empire Roof” (impersonated by the other John). The in-between song commentary kept the whole audience entertained with Flansburgh claiming “the beard to glasses ratio in audience” was just as they expected to be. Flansburgh usually did the most of the talking with Linnell throwing in a few well chosen deadpan asides here an there. 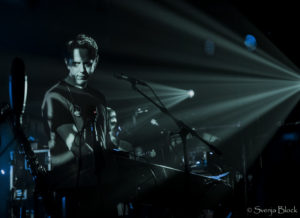 The two hour set covered just about every period of their career from “Don’t Lets Start” from their first official album released in 1986 to songs from the recently released “Glean” and even tacks from the forthcoming “Phone Power”. Jumping from Destiny’s Child (their inspired cover of “Bills, Bills, Bills”) to Jonathan Richman (“I Was Dancing In The Lesbian Bar”), and mixing Cole Porter with Captain Beefheart  (“Cloisonne”), the band just proved what a versatile musical proposition they are. Old favourites from the bands back catalogue weren’t forgotten with “Birdhouse In Your Soul”, “Doctor Worm” and “Istanbul (Not Constantinople)”. Some lesser known songs of their repertoire such as “Authenticity Trip” or “Older” proved how consistent their songwriting is.  The musicians backing the two John’s were absolutely superb. The rhythm section of Danny Weinkauf (bass) and Marty Beller (drums) keeping everything rock solid or swinging depending on the mood of the song, lead guitar player Dan Miller is the bands secret weapon (his solo at the start “Istanbul (Not Constantinople)” was jaw-dropping). The band is supposed to take a break after their US tour and the release of “Phone Power”. Let’s hope they’ll be back in the UK soon. 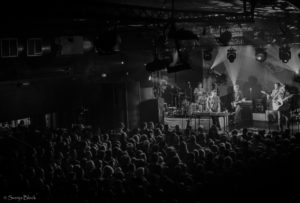