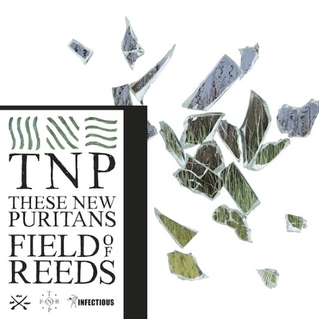 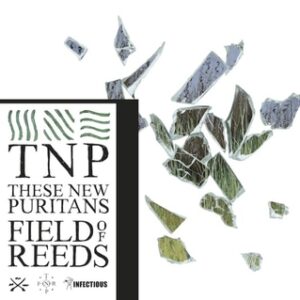 Who would have thought that in the early years of the 21st century, the county that spawned the gibbering monstrosity that is The Only Way Is Essex would also give birth to These New Puritans one of the most uncompromising and compelling experimental rock outfits our recent tumultuous times?

But it is so. Following an inauspicious post-punk pastiche of debut record Beat Pyramid, the band’s unexpected reinvention gave birth to two alt-rock masterpieces of recent years. 2010’s Hidden wove grumbling electronica and estuary vowelled rants over layers of bludgeoning percussion, while 2013’s Field Of Reeds introduced elements of modern composition and uneasy ambience alongside sharperjazz-rock nuggets. We’re not in Romford any more, Joey.

In crafting the dense, textured soundscapes of Field Of Reeds, chief songwriter and ringmaster Jack Barnett crafted a musical palette that would frazzle the brain box of a lesser talent. Strings, brass, woodwind, tuned and untuned percussion, pianos, synths, electronics, drums, a choir – including the owner of the deepest voice in Britian – and  the gorgeously rich and honeyed tones of Fado vocalist Elisa Rodrigues. All grist to Barnett’s compositional mill, resulting in a dizzyingly accomplished record.

It is not, however, an operation that’s easy to take out on the road. It’s true that These New Puritans have been touring, performing a stripped down set over the past nine months or so, which they are about to take  on a short US tour. But tonight’s Barbican show is a rare chance to see Field Of Reeds performed in its entirety, with all of the bells and whistles in full effect.

Barnett and co have drafted in a crack team to help pull this caper off, with a fair chunk of The Heritage Orchestra taking the weight of instrumental duties (they’re handling brass, woodwind, strings, piano and extra percussion, along with conductor Edwin Outwater to handle the wavy arm business) and choral heavyweights Synergy Vocals providing some vocal heft.

Nevertheless, it’s a complex endeavour to bring off successfully, more akin more to a classical music concert than a rock show. The feeling is exacerbated by the august surroundings of the Barbican and the hushed reverence of the audience seated within.

It’s unsurprising, perhaps, that it takes few numbers to get off the ground. The opening couplet of The Way I Do and Fragment Two, hardly set the place alight, the first an ethereal whimsy, the second leaden, like a rich cake that’s failed to rise.

It’s not until Island Song’s extended coda that things start to click. As song’s twisting, piano driven chord sequences slowly dissolve into air, George Barnett’s stuttering drum rhythm clatters on, a lost Can tune stuck in a locked groove, as the shimmering ghost of a melody washes in.

After that, it’s game on. Spiral and Dream sees Rodrigues’ note perfect vocals echoing across the hall like dapped sunlight moving across a forest floor.  In fact, the collective ensemble – and their sound team – is a revelation. Jack Barnett and conductor Outwater marshal their troops with fine, efficient discipline, with the horns and woodwind in particular add texture and emotional weight to pieces that, if I’m honest, float off into abstract drift on record.

On Nothing Else But This, for example, they unfurl a warm, almost nostalgic blanket of sound that somehow recalled Elgar without ever quoting any specific melodies or chord sequences.

Joby Burgess’ percussion work is also worth mentioning in dispatches, particularly on Organ Eternal, his xylophone doubling the track’s distinctive analogue synth line, making it more supple and glistening than the recorded version.

We get other stuff too. Following a monolithic rendition of the album’s title – and final – track, with a suitably doomy bassi profundi from Synergy’s Andrew Fellowes and Simon Grant, we get a pounding three track encore. Bookended by two cuts from Hidden – a particularly serpentine Three Thousand and a thundering We Want War – we’re treated to a stark new song, Where The Trees Are On Fire, Barnett mumbling the title line over and over again like a mournful mantra.

Emotional and euphoric, this final section was a fitting end to an immersive, stimulating and enthralling show, proving just how much of a class act These New Puritans are. All hail!