Home Music Bands These Are Some More Of My Favourite Things… some of the best... 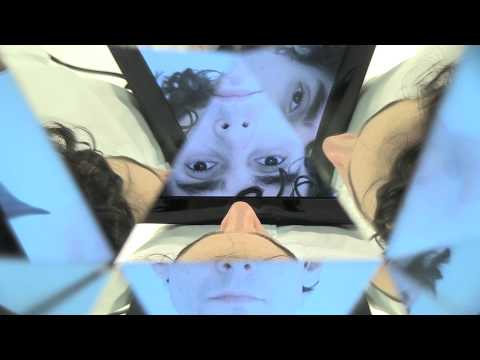 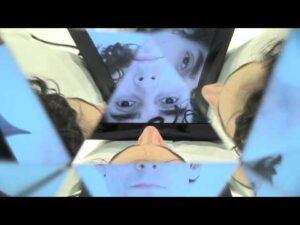 Louder Than War’s Keith Goldhanger fills you in on some of the music and bands that have been floating his East London housed boat so far this year in an occasional series titled “These Are Some More Of My Favourite Things”. He’s also pulled all  the tracks into a Youtube playlist so if you want to check out some of the best bands on the UK at the moment hit “play” on it post haste.

If I was to land on a desert island with an hours worth of music on my mp3 player, knowing that in about a week I’d be rescued then these are the tunes I’d like to have with me.

Of course, no one would really want to be stuck on an island with only these songs because we’d be worried about what we’d be missing back home and we’d probably start getting hungry after a few hours. However, we can all make pretend can’t we?

These artists haven’t arrived on the stereo recently thanks to some mission to seek out new stuff and boldly go where no man has gone before. These bands have all just appeared on a small stage at the back of the pub on wet Tuesday evenings that some of us have found ourselves in for one reason or another.

Give these a listen, these are ten tunes that we’ve kicked off our shoes to, discarded our cardigans and spilt our expensive warm lager to this year in East London and we’re not even a quarter of the way though it (it helps clear my desk as well) — listen, enjoy and keep turning up at gigs, keep promoting them, keep those bands together and hurrah for the internet (We never used to have it you know)…

Stats have a flamboyant lead singer who’s arms seem to appear to be about six incher longer than they should be, which is handy for when he needs to clip the ears belonging to those around the band who mention TALKING HEADS. This one tune available is one of many soon to be let loose for the rest of us to hear and their live outings are already promising us a few corkers are in the pipeline.

Huge, anthemic, loud, europhoric tunes with synths, guitars, strings and a real choir of heavenly angels singing along in the background. Embers will have an album out at some point and you’ll probably be hitting the refresh button trying to get tickets for one of their gigs in a couple of years time whilst swearing about those “Secondary ticketing companies” that have managed to get their hands on them before you.

Always fuckin swearin’ and not in London enough for us with our annual travel cards to breeze along to witness…..We need to change this, we need this band to become famous enough for them to come darn ‘ere on a wet Tuesday night, preferably every Tuesday (would settle for Wednesdays’ Thursdays and all other days of the week) and ply their trade in the flesh for us to then wonder why the entire population of the U fuckin’ K all want to listen to other things that simply are beginning to get our backs up after their 20th albums (that aren’t really any different top the previous 19) and countless appearances on the pages of those magazines we simply can’t be bovvered to fuckin’ pick up and read without buying any more. Sleaford Mods have loads of gear available at the moment. There’ll be a list somewhere of all the releases this band have and everything, yes EVERYTHING sounds ace. One day, you won’t need tossers like me to tell you about this duo.

Found sitting on a kerb in Cardiff last year, this young four piece are one superb original and distinctive outfit that have the slackness of Pavement, the humour of the Fall and the jaw dropping originality we haven’t seen since those early days of the Cornershop. One of those bands that once given a bit of time make you realise that they actually do know what they’re doing and do it in order for you to take the challenge and soak in their glorious tunes and lyrics that’ll be re-quoted time and time again. (but not here, we have no wish to spoil the surprises for you). In a perfect world, everyone would listen to Radsterwart and everyone would be singing along to them.

They sing about wasps, bears, fish and the world ending. Their videos are half animated with humans dressed up as yeti’s whilst singing about frogs. If you owned a space ship, you’d listen to this as you fly around the cosmos in your silver suit. Did I mention the bit about The Flaming Lips ? ….oh, I did… Emperor Yes have some very fabulous tunes that will be available very soon on a mouth-watering debut CD.

This tune along with “Out and Proud” are all we have from this lot at the moment and are worth keeping an eye on. A recent outing in East London had the hordes surrounding the front man like the messiah….in a long black dress……and a gold necklace ….and a big beard….and before nine o’clock. Bete Noire are the first decent “Goth” band since 1983, which If you remember (This has been mentioned before https://louderthanwar.com/dead-skeletons-electrowerkz-london-live-review/) was a time when “Goth” was not actually called “Goth”. The bass player even wore one of those “Goth” jumpers that only people standing outside Goth clubs smoking fags usually wear. Joy Division bass lines, Virgin Prunes verses, Sex gang Children choruses, Bauhaus drums, Siouxsie and the Banshees guitars and Killer(s) tunes.

A bit hit and miss since we’ve had one eye and two ears on this five piece over the past couple of years but this tune is a tune and a half….well actually it could be agued is two tunes and it’s very long but some tunes are meant to be long and this is one of them. Manflu involve members from Kazakhstan, USA, Japan, France and England, yet I’m sure that’s not where they are heading for when all standing together at the bus stop. This tune is ace.

Still turning up on an almost weekly basis around the capital and doing what CuT do best which is heads down, short sharp songs like the Clash used to make before they made a second album. “Polaroid” is one of four tracks on the recently released 12″ on gold vinyl on the wonderfully named RA RA Rok Records

After swiftly departing one of their gigs recently and realising once I got home and listened to Blonde Bunny in the comfort of my home that I was wrong to not pay the attention they deserved (won’t be the first won’t be the last time this will happen) These need to be discussed and listened to.

This lot, with their heavy Stone Roses bass lines and psychedelic bleeps, yellow trousers, whooshes and general inappropriate noises overlapping their dreamy infectious riffs have endeavoured to get them blasted all over the living room at five AM whilst arguing whose turn it is to run to the 24 hour garage to buy more fags.

At first I accused them of sounding like Simply Red.

Then I thought about that god-awful heavy metal band The Darkness.

Then I actually listened to everything that was going on during their songs and realised I was wrong about them again.

In fact everything about them that I disliked at first has made me change my mind and you might think that just by reading my description that they’re rubbish.

They’ve been on the Telly in the US of A, they’ve been entertaining us in tiny venues for a couple of years and they’ve just released an ace album that you can read all about here …. https://louderthanwar.com/eagulls-eagulls-partisan-records%E2%80%8F/ This is one of many superb tunes on it.

Have these been crowned the best band in the world yet https://louderthanwar.com/fat-white-family-shapes-london-live-review/ or do we have to wait for the Tabloids to chew them up, spit them out and find this band “shocking” even though they’re not shocking but just a bunch of guys that remind us of so many bands from the past without being able to put a finger on any one individual band that they actually sound like?

–
Words by Keith Goldhanger. More writing by Keith on Louder Than War can be found here.