Home Music Bands There Has To Be An Upside – The Posies’ ‘Amazing Disgrace’ Turns... 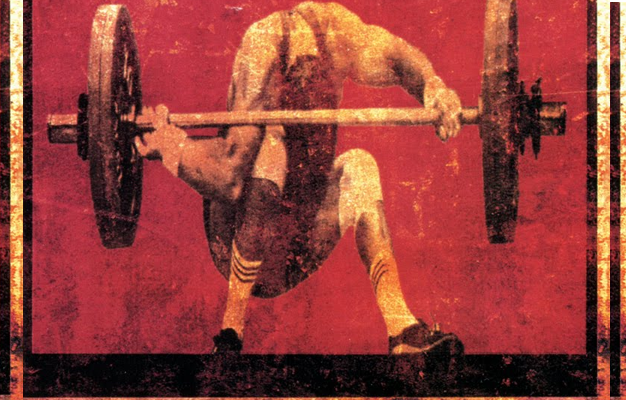 Dismiss The Posies as ‘power pop’ at your peril; Ken Stringfellow and Jon Aeur, the band’s mainstays and songwriters, have continued to explore, develop and mature with every album. Like Radiohead after them and The Beatles before them, The Posies burst out of Bellingham with a desire to evolve with each record. Released twenty years ago, their major-label swansong Amazing Disgrace showed their ability for muscular melodies and an ear for exploration.

The Posies had endured a difficult ride while on a major label – their debut, the rich, textured chamber pop of Dear 23, went against the grain of the emerging grunge scene (and also had a difficult gestation under the layered methods of producer John Leckie). 1993’s Frosting On the Beater gave the band the commercial success they deserved, but wasn’t free of problems – an original album was scrapped, a bassist left and even the finished product lacked the “hits” DGC Records craved (the latter of which include the harmony-laden ‘Solar Sister’ and the shrugging ‘Dream All Day’).

It’s fair to surmise, then, that by the time of Amazing Disgrace, The Posies were a band in tumultuous transition. Keen to continue changing and revamping their sound, but shackled by the constraints of commercialism, the band’s fourth record occupies a curious place in a curious catalogue – jagged, abrasive but still awash with the band’s trademark melodies and riffs, Amazing Disgrace was too sludgy for the purists, but now serves as a key thumbtack in The Posies’ trajectory – after this, Stringfellow and Auer explored further opportunities, releasing solo albums and fully immersing themselves in the musical journey that led them to the band’s modern day ethos. Their time with DGC may not have been all that fulfilling; even on this record, Stringfellow serves up some ominous figures by saying “big birds flying overhead, waiting for somebody to die.” 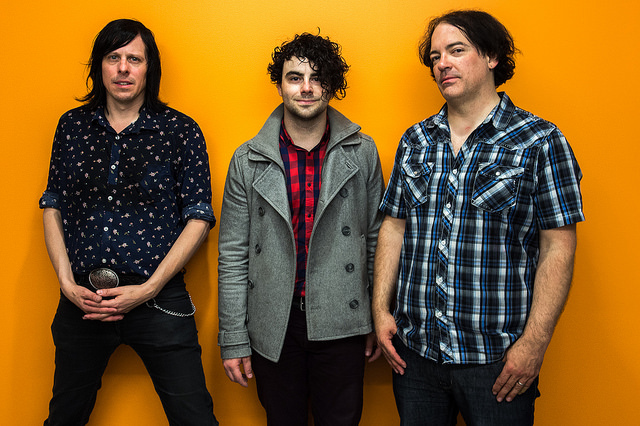 Similarly to Frosting…, DGC were still demanding some hit-heavy material, leading to the band, which comprised of Stringfellow and Auer on vocals / guitars, Joe Howard on bass and future Fountains of Wayne drummer Brian Young on sticks, returning to the studios to cut some radio-friendly tunes. The result offers some of Amazing Disgrace‘s most immediate tracks – the chugging contemplation of ‘Ontario’ bleeds into a furious, breakneck chorus that’s as simplistic as it is satisfying. Even more frenzied is the opener ‘Daily Mutilation’, an urgent, desperate intro (“we were just a pair of dice when I let you in”) giving way to a thunderous, blistering middle-eight that would shock anyone who hadn’t given the band a spin since the pleasant ditties of Failure.

‘Please Return It’ is a song on a coiled spring; tension building from the opening moody strum and Stringfellow’s defeated rasp. The mood finally spills over in its outro, as Stringfellow shouts “there’s an upside, there has to be an upside”. Such is his pleading, you know it’s a question rather than a statement. The same uncertainty and doubt linger in the Auer-led ‘Throwaway’, a chiming grunge rumination on misdeeds and misdemeanors as Auer sighs “I don’t have it now.” It’s one of the band’s finest tracks, where their effortless harmonies add zeal and worry to a song that goes on a rollercoaster of emotions.

It’s apposite that ‘Grant Hart’ is a scuzzy blast of SST-style punk rock, while ‘World’ and closer ‘Will I Ever Ease Your Mind?’ display the lingering, layered pop that the band would explore further in their 21st century reboot. Amazing Disgrace was the last record The Posies made for a major label, and almost became the group’s last ever record – 1998’s Success served as an initial swansong (as well as a clearer indicator of what was to come), before the group returned in 2005.

Raw, hurting but still able to soothe and satisfy, Amazing Disgrace continued Stringfellow and Auer’s keen ear for exploration, as well as their noted ability to craft winning hooks. Twenty years later, they have released Solid States, a record that may not possess Amazing Disgrace‘s florid fretwork, but keeps its clout and drive. The world of music would be a much sadder place without them.