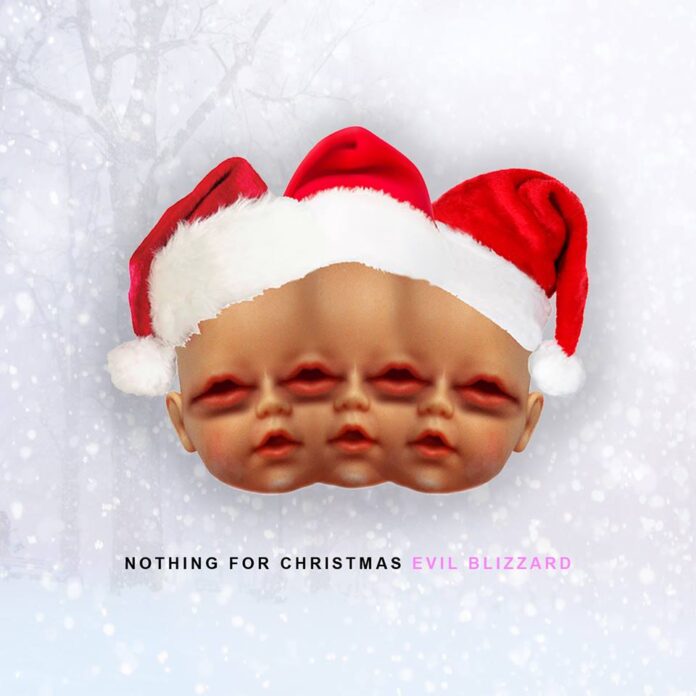 who stole xmas? there ain’t no sanity claus

What a truly bizarre spectacle xmas has become – a free for all of weird customs and traditions collected over the last century that are totally unrelated and then clomped together in the name of ye olde festivities.

Many people are now so bamboozled by the whole insanity that sees fat Santa climbing down chimneys and christmas lights getting switched on in August that they believe that Santa Claus is some kind of religious figure and that the likkle baby Jesus being born in a manger is an historical fact. A birth that really happened and is somehow related to the ancient pagan mid winter solstice and is a true story and is somewhat less mad than putting baubles on the top half of a fir tree imported half way round the world and then dumped into the front room of your house.

This total belief in this middle eastern cult that became a religion and has become the faith industry that is just one part of the xmas business and it just gets even more loony tune as each other part is added on. At no other time of year is such a weird mish mash of ‘tradition’ and totally conflicting and oddly modern myths somehow set into stone.

In a blur of hangovers, drink promotions and sick stained streets the UK is getting down to the mid winter solstice with its usual avalanche of indulgences. it’s into this booze stained melee that the curious xmas spectacle is launched. This is a time of year when the word traditional is bandied about as an excise for all kind of madness as the totally unrelated icons of Crimble dance around in a madder spectral dance than any Tim Burton xmas day tinsel epic film could ever dream up.

This mid winter party is the only true tradition of the whole xmas thing- the real spirit of xmas if you will. A long sprawling party as the year turned and the days started getting longer has long since been kidnapped by the Jesus army when they could not dissuade the pagans from their mid winter party and decided to shift the mythical Jesus birthdate to the celebration of the turning of the year in some kind of spiritual compromise.

Since then all kinds of madness has become ‘traditional’ like Slade gurning through Merry Christmas Everyone, moaning about Brussels sprouts, endless repeats of Morecambe and Wise, xmas cards, robins, tinsel, xmas trees wrecking the soil of acres of Northern Europe, xmas cards, Santa Claus, traffic jams and travel companies getting away with bumping up their fares and then digging up the train lines and causing chaos, somehow hunting of foxes has also got mixed up with the whole thing when its only connection is that none of these things are actually traditional at all but like detritus washed up on the festive beach remain in the confused seasonal jumble. I’ve been to baking hot airports in the Middle East and there have been fake snow scenes and giant sledges in countries that never see snow and Jesus tack piled up in shops that don’t believe in Jesus.

The red suited santa was invented in the 1930’s by coca cola as they hi jacked xmas to sell their sickly brew. Everywhere you like Xmas’s bizarre concoction of things to do is a random concoction.
Christmas crackers were invented in 1847 by Tom Smith, a London sweet shop owner who nicked the idea after spotting French bonbons wrapped in paper with a twist at each end. He extended the idea into the cracker that still took 50 years to become a ‘tradition’. Turkey was a cheaper alternative to the then trad goose and cockerel for the poor or, in the houses of the rich, peacock and swan.

The first Christmas cards were sent in 1843 by Sir Henry Cole, head of the Victoria and Albert Museum in London. Too busy to write letters, he had an artist design 1,000 cards, illustrated with a festive scene on the front and printed with the greeting, “A Merry Christmas and a Happy New Year to You”.

The Romans gave out presents on their New Year’s Day and it slowly became xmas day despite moaning from church leaders.

Xmas trees were a Victorian invention brought to to the UK by Prince Albert to the rest of the German Royals that he had just married into, xmas trees were a similar modern invention whilst Jesus himself was one of many micro religious cults in the hotbed of Middle East that got its big break when the Romans made it their state religion and it has aggressively pursued world domination since then with its invasion of the pagan mid winter knees up. An invasion that is just one example of religion’s cultural juggernaut and aggressive cultural and spiritual imperialism.

Apart from that, fuck knows were xmas cake and xmas pudding came from – probably left overs from the mediaeval times they certainly taste like it. The first carols were pagan songs to celebrate the winter solstice and were sung at the peak of each season before becoming solely a xmas thing.

The most recent of the Crimbo invasions has been the madness of consumerism as the dread word ‘Scrooge’ is bandied about at the non believers in the new dollar god and the corporate chains grab the swag that would take more than Santa’s reindeer to bag and bank away.

The nay sayers say ‘nay!’ and the infernal tutting from the Christians rattles away but in truth none of them actually own xmas- in reality it’s the ancient pagan piss up that celebrated the turning of the clocks and the fertility of nature. It was a party that meant that getting pissed up and snogging in the streets is the one true remnant of the real spirit of xmas before everyone else stole it and everything else has been added on for various scurrilous and faintly ridiculous reasons.