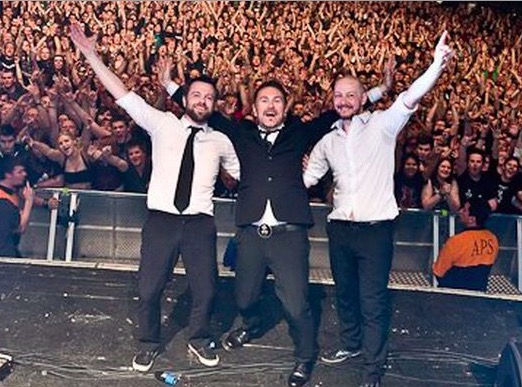 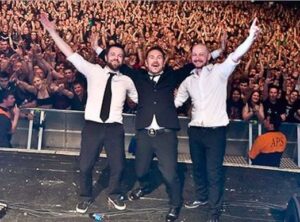 ’14 plus’ shows can be a double edged sword. Don’t get me wrong, I think they’re a great idea – why should kids have to wait ’til they’re 18 to start seeing cool rock n’ roll? But when the doors are at 6:30pm, the support band takes to the stage at 7:30 and the whole night is over by 10pm, it can leave you feeling a little short changed in the ‘great night out’ stakes. The tension is meant to build throughout the evening, right? It’s a right of passage having to wait for hours and being at least 3 or 4 pints half soaked before your heroes walk out on stage to a room fit to burst with excitement of impending late night sonic anarchy, surely?

So as I break my neck to get to a gig that seems to be starting at tea time I can’t help thinking tonight’s show just isn’t going to float my boat. By the time I’ve parked the car and got to the venue the support band are already back in their dressing room discussing who fucked up on that new song.

But I’m wrong. When Messrs Cairns, Cooper and McKeegan (does that make them sound like a firm of solicitors?) stroll on stage at the decidedly sober time of 8:30, the audience are already on the verge of losing their shit. Somehow the band sense this and with a brief ‘Good Evening Nottingham!’ they tear them a new one by ripping straight into new album “Disquiet’s” rattling atonal opener “Still Hurts”. The crowd deliver on their promise almost immediately and from here on in, there’s simply no let up.

The set contains no real surprises. But hey, if it ain’t broke, don’t fix it. Killer cuts from the new record such as “Vulgar Display of Powder”, “Idiot Cousin” and “Words Fail Me” sit comfortably alongside the ones everybody is here for, like “Screamager”, “Teethgrinder”, and “Diane”. Therapy? have attempted to reinvent the wheel a few times in the past to varying levels of success, but the fact that old classics and new stompers are such comfortable bed partners is testament to the fact that after twenty plus years, they really know how to do what they do best – deliver the bastard love child of US hardcore and alternative metal kicking and screaming into the ears of their still growing, generation spanning, fiercely loyal fan base.

Of course they end with “Nowhere”. It’s a timeless anthem for disenchanted bovver booted black t-shirted teenagers of all ages. Let’s face it, we’d be a tad disappointed if they didn’t. When their biggest hit rollercoasters to a halt, the passengers reluctantly get off and like all good white knuckle rides, they are left wanting more. I start to form the basis of this review in my head as I turn to leave, but the guy next to me sums it up eloquently in just six words. “Shit the bed,” he says to his mate, “They smashed it!” Yep. They certainly did.