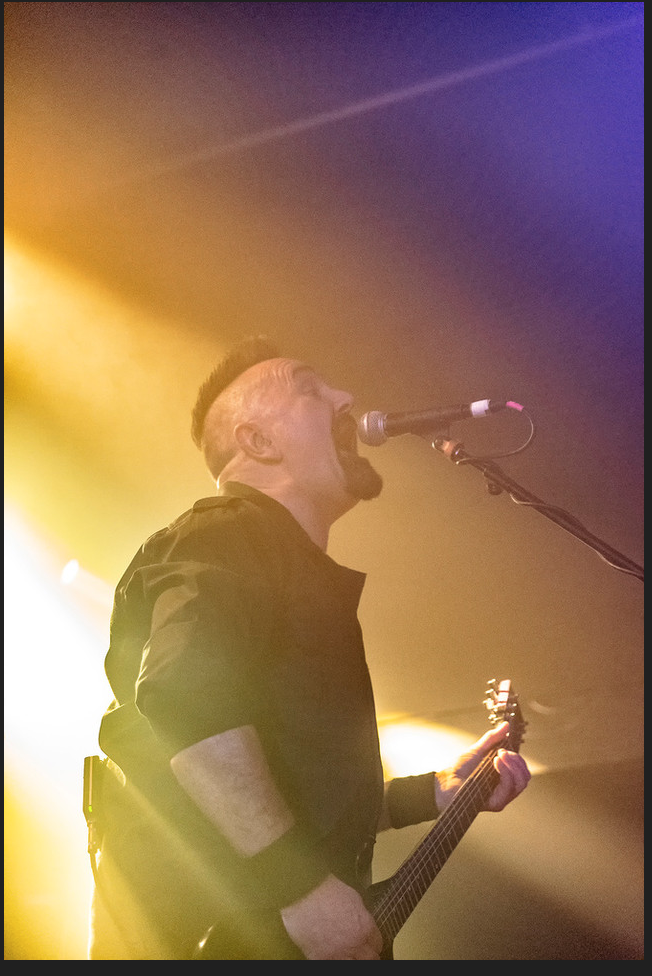 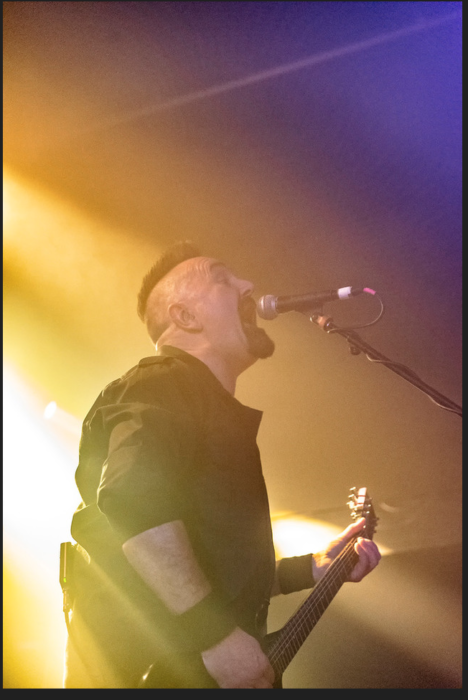 If, according to the proverb, it really is better to give than receive then Andy Cairns and the boys must be feeling very virtuous right now.

Tonight’s show at Gorilla is sold out and there is a very expectant crowd in. Now signed to Marshall Records, their 7th label, owned by the amplification giants Marshall, they have just delivered their 13th full studio album in “Cleave”. Eight tracks each from Cleave and Troublegum doesn’t leave a lot of room in the set for passengers.

When a band has such a rich back catalogue to mine it shows great courage to showcase a new LP almost in its entirety.  They’ve managed to avoid that lazy bloated persona that some bands, who have been together for a long time, too readily embrace.

Tonight they bounce on to the tiny Gorilla stage, ring fit and fire straight into two tracks from Cleave – Wreck It Like Beckett and Expelled. Pausing briefly for breath before launching into Die Laughing, Andy encourages everyone “to look after each other”. The new material fits seamlessly into a high octane set that includes Knives, Screamager, Trigger Inside, Potato Junie, Teethgrinder and Stop It You’re Killing Me (accompanied by an Anti-Trump introduction) and none of these saved for the 8 song encore! 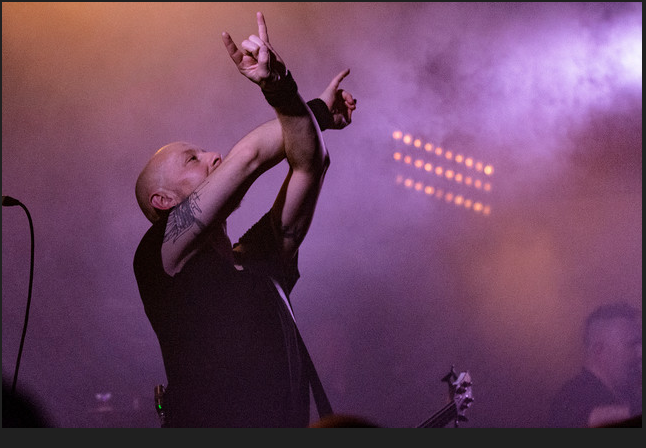 Still they find space to include their cover of Husker Du’s Diane. Without the stripped down sparseness and haunting dark beauty of the cello driven  recorded version, live this becomes another rock singalong and I’ve never really felt comfortable watching everyone mouth along. Each to their own. Crunching through the encore, complete with the Judas Priest riff “Breaking The Law” introduction of Nowhere, the set climaxes with “Knives”, the loudest cheer of the night before the post-coital come down of Success ? Success is Survival.

With 2019 seeing the 30th anniversary of the band forming, it’s a fitting curtain closer. Tonight’s performance shows the new album is a welcome return to form after 2015’s Disquiet. Let’s hope the band are in a giving mood for many years to come.