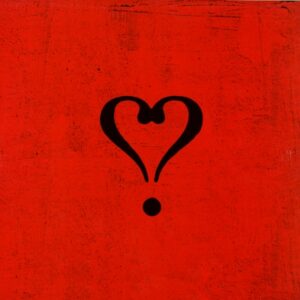 The summer of 1995. Your correspondent was in a bit of a state…. an emotional car-crash of a late-teen with alcohol where blood should flow, anti-depressants as stability and chemicals performing as a substitute for reasoning. Destruction was very much the order of the year. Music industry legend and lunatic good guy ‘Jon Beast’ a good good friend of mine was about to go off on tour with his charity and asked me to join along… He could see that I wasn’t doing too well under the influence of a horrifically small village full of people who had no concept of alternative living, so I cautiously took him up on his offer and booked the National Express to Leeds to join Therapy?’s Infernal Love tour.

The whole feel of the tour could not have been more apt. Drugs, confusion, doubt, debauchery… I was at home, but also I was humbled…Therapy? were musical heroes to me ever since I picked up a copy of Babyteeth from some remote Scottish village whilst on a family holiday in the early 90’s.

They say “never meet your heroes”. Try having your first day of being on a tour be WITH your heroes, whilst everything and everyone is falling apart! 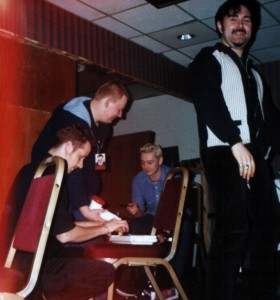 It’s astonishing to think that the harshest outcome of that album cycle was the departure of one band member and not something much worse. ‘Infernal Love’ is a much deeper and intense listen than it’s punk-pop predecessor ‘Troublegum’.

Time has been very kind to Infernal Love. Twenty-one years later at Wolves Slade Room, front man Andy Cairns implores us all to turn what was an album surrounded in darkness into a joyous celebration. Opening couplet Epilepsy/Stories gets the Wolves faithful throwing that joy back at Cairns and co, despite being beset by some rather shocking sound quality issues from a seemingly faulty sound system.

As the set progresses to where one would flip the vinyl over to ‘Bad Mother’, that issue is well and truly sorted, and there’s a real happiness in the eyes of Therapy? something that was most certainly absent back in ’95. As for me, It seems that I can only enjoy the set if I’m walking around the venue listening to it bounce from the walls whilst observing people taking it in, rather than standing and bouncing within the throng. It just feels… right.

Once Infernal Love is through, a second set is unleashed, and as one would expect, consists of some classic Troublegum tracks yet also focuses heavily on their latest album ‘Disquiet’, a staggeringly brilliant record that stands up with Therapy?’s finest, and that every discerning rock music lover should listen to immediately.

It all ends with a turbo-charged ‘Nowhere’, every soul in the venue is happy soul, from the members of support band ‘The Membranes’ (who played a blinder), the younger audience members who were most likely watching Cbeebies when Infernal Love was released, the older fans reliving their youth, and to the band and crew who thankfully not only made it through the insane period intact, but did so with the ability to look back through the darkness to see the gold that it produced.