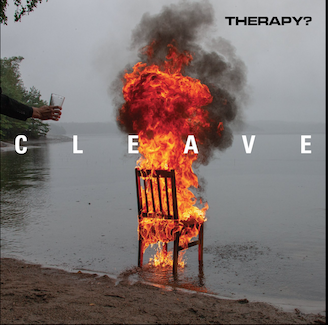 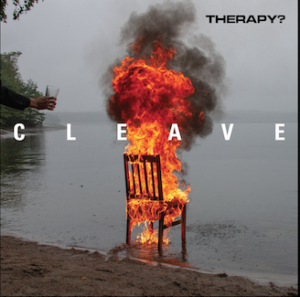 It’s that question mark placed at the end of their name that somehow captures the spirit of the band. The question mark that band bassist, Michael Mckeegan, insists is placed there in all documentation that is the perfect logo for a group that attempts to make a certainty in their music out of the uncertainty of modern life.

Cleave is their most definite statement for years – a raw and powerful reaffirmation of their spirit that plays to all the classic hallmarks of their sound and grapples with the ‘?” of modern life in a series of restless high decibel anthems.

16 albums in and the Irish rock band, who were always adept at somehow exploring all forms of music and threading them in with rock, have finally been influenced by themselves! It’s almost postmodern perfect that the three-piece have embraced their own hallmarks and reinvented them for a 21st century album that revisits those restless taut lead drums of their youth and the intense, griding, guitar anger with those infernally hooky melodies and an innate sensitivity to try and make sense of a chaotic and fucked up world just like rock music used to.

Few bands sound this urgent so far in but Therapy? Are just the kind of band who would have made it to album 16.

Existing on their own terms, this is a band have no paymasters and no musical bosses. They have always been an awkward fit – never gonzoid enough to break into the stadiums that were offered to them in their hit-making era, they have always worn their heart on their sleeves and been great at the perfect balance between high octane and the personal. There has always been a deep intelligence at play and a restless spirit that has seen them cross-pollinate their cranked amp noise with polyrhythms copped from left field dance, underground noise and post-punk.

Cleave is Therapy reminding themselves of themselves and is a 21st century version of their Troublegum era (even hooking up again with that album’s producer Chris Sheldon) – a far more simple time of youthful confusion and small-town rage when their restless rhythms and dark power reflected the then fast-rising new noise of Big Black with the grinding assault of metal and a soupçon of post-punk nous that made them one of the hottest bands in the land and the only genuine UK answer to Nirvana and the new American rock of the period.

The modern Therapy? have embraced themselves as an influence it’s a good thing. There was always a lot of great ideas in this band and a shape-shifting restlessness welded to a musicality that made them a joy to work with as your author found out when he produced three songs for the band in 1994.

This inventiveness has kept them alive and kept them just beyond the simpler demands of mega-stardom. In 2018 the three-piece band remain defiant and independent and retain a fiercely partisan and very large cult following with sell-out tours and just the kind of outsider alive spirit that LTW endorses and loves.

Andy Cairns says this Cleave is an album that is a response to conflict and division. It could not have been released at a more perfect time for these omnipresent themes. With the world in meltdown and all the cultural and political norms falling away just like in the last days of the Roman Empire, the band have recorded an album that captures this uncertainty. With their knack for snarling melody as intact as ever and Andy Cairns impassioned and powerful vocals still in place, this is a series of songs that attempt to make sense of the senseless and patch up the turmoil with a melodic raw power.

Perhaps the key track is Wreck It Like Becket – a knowing nod to their own Potato Junkie song from their early days with its now iconic ‘James Joyce is Fucking My Sister’ line – a perfect knowing chanted lyric that somehow managed to capture knowing dumbness with a hint that this band READ BOOKS and was not a gonzoid rock mob. That almost Morrissey like nerdishness and sensitivity from back in the days when the mercurial Mancunian would display those sides of his personality is part of what makes Therapy? a fascinating concern. This is rock band that always worked on all levels. They still dare to bring the noise – that black T-shirt, high decibel noise to get lost in, they dare to riff and they dare to embrace the outer margins of post-punk, they also dare to infuse the noise with a remarkable sensitivity and a case of underrated lyrical smarts.

The fact that they can do this so many albums in and still sound fresh and thrilled by the possibilities of sound is a testament to something quite special. Like many things in life, Therapy? have always been there and it could be this familiarity and their amiability that plays against them. In a world were ruthless is applauded and idiots run amok though, there is something to be applauded about the good guys making great records and despite their fiercely partisan audience and still growing reputation across Europe and the world, it’s time that we really appreciated just how damn good this band is and embrace them whilst they are still here.

And feel comfortable with the ‘?’