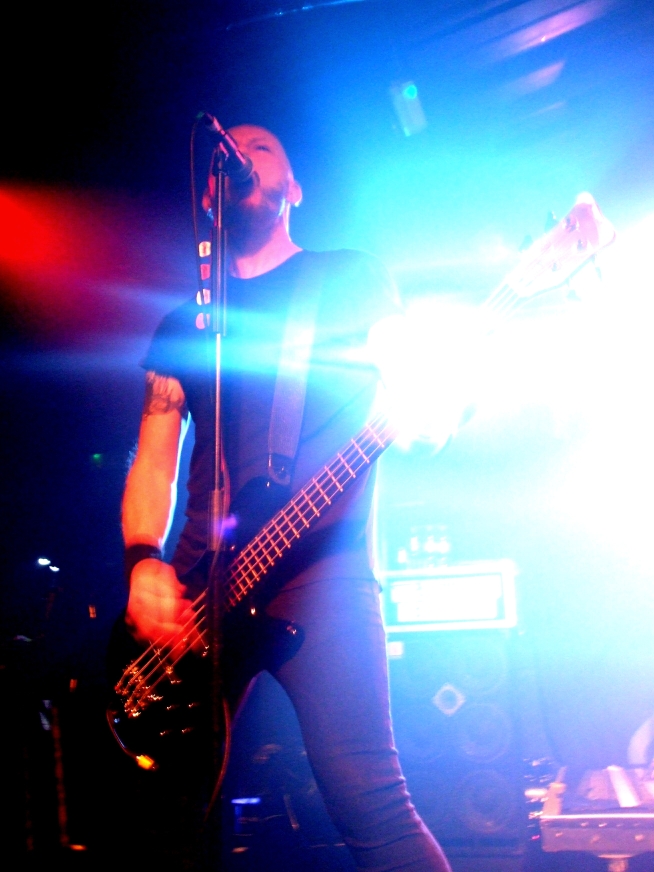 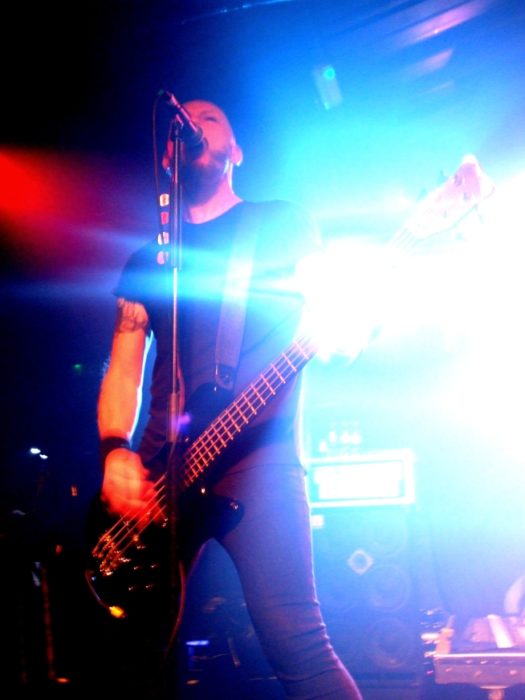 Therapy? celebrate the roaring success of latest album Cleave with a joyous final gig of 2018. Christopher Lloyd was there to report back to Louder Than War.

2018 has been a landmark year for Therapy? Their fifteenth studio album Cleave was released to high praise from music journalists and fans alike, gave the band their highest album chart position in over a decade and saw frequent sell-out dates on the albums supporting tour, of which the final date is at Birmingham’s Asylum.
Indeed this is the bands final gig of the year and the mood was celebratory. Everybody in the venue was up for a great night.

Andy Cairns, Michael McKeegan and Neil Cooper take to the stage and tear straight into album opener Wreck It Like Beckett, Neil Cooper’s drums ricocheting off every wall before landing at the feet of the pit, sending them up into the air in unison, for a full 90 minutes.

For a band with fifteen albums under their belt, all of which with their own style and feel, the set drew heavily from Cleave as well as the obvious big-hitter Troublegum. It’s a testament to a band with such creative powers and brilliant song writing that they can miss out such swathes of their history and still play an absolutely blindingly joyous set.

The Troublegum tracks went down exactly as you would expect, however the newer tracks were greeted with the same enthusiasm and familiarity as those songs that introduced Therapy? to a hefty swathe of this crowd’s attention back in the early nineties. The crescendo heavy chorus of Save Me From The Ordinary tore the room up, whilst recent single Callow, which was sandwiched between two Troublegum classics, sounded every bit as sharp and familiar as those gems from the early nineties.

Whereas an audience for a gig headlined by a band who were massive in the nineties is predominantly attended by balding-middle aged indie-dads and not so balding middle aged indie-moms, there were more than a fair few of younger music lovers in the crowd, some (like my daughters) undoubtedly have had no choice but to be hear the band over the years before rebelling, and then getting older and realizing that they actually love the band, however even more seem to have come along to the show on the back of those incredible songs Therapy? have been cranking out over the last few years.

The set closed with new Success? Success is Survival. It’s so rare for a band so long in a career to not succumb to complacency and stale performances. Therapy? have not only survived, but they have succeeded and they undoubtedly will continue to do so for many years to come.

You can find out more about Therapy? at the band’s Facebook page.

Words and Photo by Christopher Lloyd. You can read more of Christopher’s writing at his author’s archive.