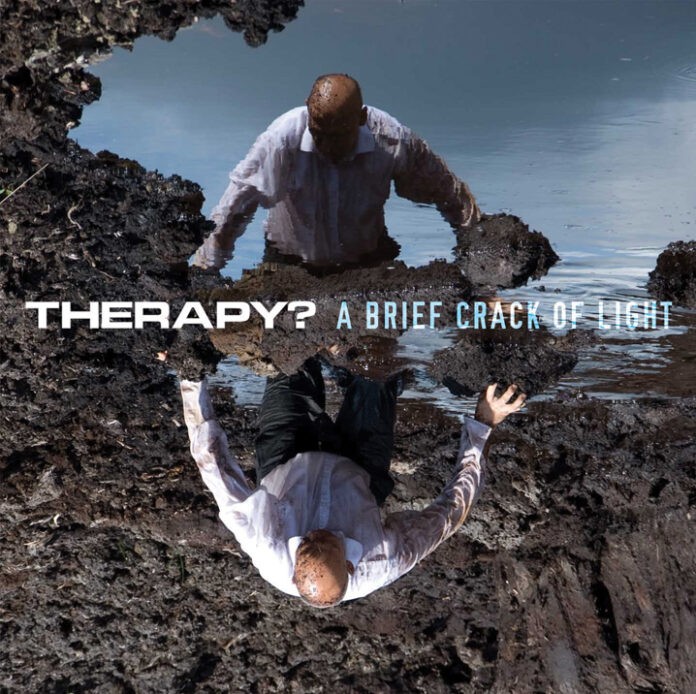 A far more important band than they’re given credit for Therapy? They took uncompromising indie post-punk noise to a Metal audience and had chart hits into the bargain. 1993’s Screamager is an absolute classic, guaranteed to get you singing along when it crops up on the radio, the Teenage Kicks of its day for the grunge generation. Tipped as the new Metallica at the time, Therapy? tore up Reading Festival three years in a row (1992 ”â€œ94) but were over-shadowed eventually by Nirvana. They retain to this day a legion of dedicated fans (albeit mainly consisting of tubby blokes in black t-shirts and combats with obligatory little beards) They’re quietly influential too, for such a noisy band, listen to Mclusky from a decade back or Pulled Apart By Horses; although its cooler of course to claim the Jesus Lizard as an influence.

The always the same/ always different maxim could easily and correctly be applied to Therapy? Twenty years in the business of rocking hard and dark, this is their thirteenth studio album and quite possibly their finest hour (41 and a half minutes to be precise). In that it’s as varied as it is intense as it is definitively Therapy?

They have matured but with Rollins-like intensity, bone-crunching dynamics tempered with soul-searching and sensitivity. Inspired apparently by “a myriad disparate influences – Black Flag’s primal clenched fist aggression, the skewed genius of Stewart Lee’s coruscating comic monologues, the writings of Samuel Beckett, the irresistible swing and swagger of Charlie Mingus”Â. The albums title comes from a Nabokov quote. Living In the Shadow of a Terrible Thing is a great opener. Play it loud enough and indeed “Windows shatter and alarm bells ring”Â¦”Â. Plague Bell is hammering, sinewy metal which brings to mind the End Of Silence ( Rollins Bands peerless meisterwerk) as does the overall feel of this album.
Marlow is a curveball ”â€œ delicate repetitive picking then a disco in Hades vibe where New Order fight it out with Stuart Adamson type guitar trying out a raft of new effects pedals ”â€œ and its an instrumental. Ghost Trio seems to use Ian Curtis’ vocal melody from Isolation (which Therapy? Covered on Troublegum). Andy Cairns uses a vocoder to particularly good effect on the Killing Joke-ish Before You, With You, After You. ”Â¦There are bubbling electronics and subsonic dubstep bass in places, and the production has a thoroughly modern edge. The Buzzing, a disorientating jazz-punker reminds me of old label mates of Therapy? Silverfish (Whatever Happened to Lesley Rankine”Â¦?) There’s a touch of Sparklehorse’s weird melancholy about the hymnal Ecclesiastes with its refrain of ”Ëœeverything under the sun ”Â¦is absurd’. My particular favourite though is the partly accapella Get Your Dead Hand Off My Shoulder, a bizarrely catchy horror-movie-theme-in-waiting, which bears Therapys trademark sense of black humour.

To be honest, I probably hadn’t listened to Therapy properly for years, I wasn’t a devout follower, but this really is a return to form, a career-best, and an album worth getting hold of. Its dark, heavy, stylish, emotional, rocks like a bastard and I hate to say, primal and therapeutic ”Â¦.but the fact that every song doesn’t sound “the same”Â is what sets it apart from the (younger) competition.

1. Living In The Shadow Of The Terrible Thing
2. Plague Bell
3. Marlow
4. Before You, With You, After You
5. The Buzzing
6. Get Your Dead Hand Off My Shoulder
7. Ghost Trio
8. Why Turbulence
9. Stark Raving Sane
10. Ecclesiastes (Ged Babey)