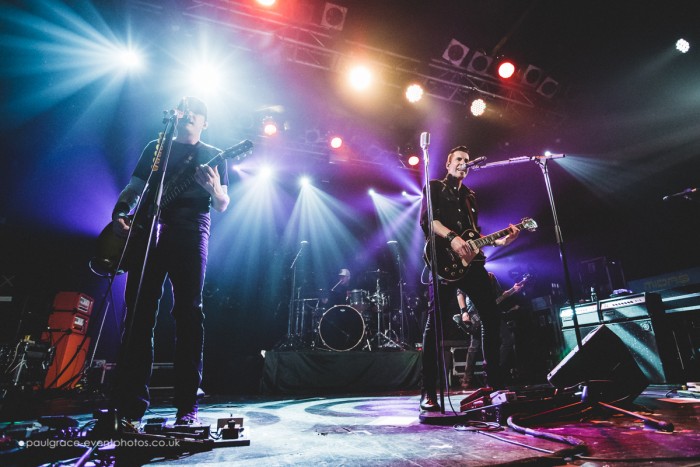 Theory of a Deadman | Royal Republic

Cardiff welcomes some truly great rock n roll heavy weights and Louder Than War was there to get VERY impressed!

We arrive just as Swedish four piece Royal Republic are half way through their support set. Boy are they loud! And very raucous. Lead singer Adam Grahn seems intent on whipping the crowd into a sexually charged frenzy as he prowls the stage. They have some great tunes and relish in their 100 MPH pure rock and roll. Drummer Per Andreasson alternates between having his feet up on the bass drum keeping time on the snare and hi-hat, to standing up and pummeling the cymbals. They come across as a mixture of The Hives and Electric Six, but with a more rockabilly feel to the sounds. Grahn’s preacher like presence is bordering on the Reverend Horton Heat. I would see this lot again any day! 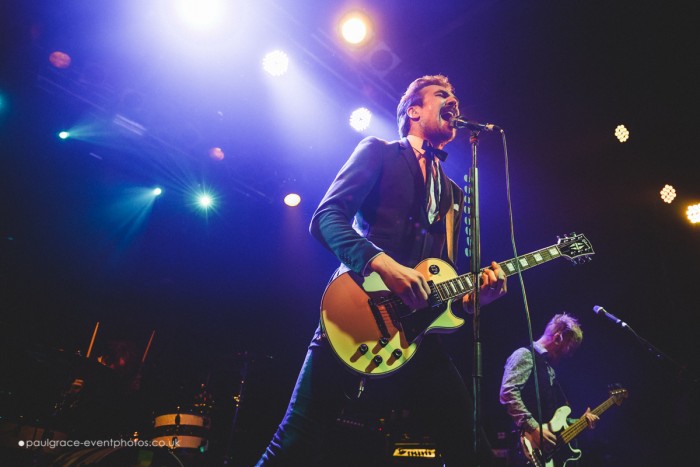 Theory of a Deadman

There is great anticipation and noise coming from this full Cardiff crowd for this Canadian four piece. Their intro music is ‘Blame Canada’ from the 1999 South Park film so you already get the feeling that these guys have a bit of self deprecating humour which immediately ingratiates them to you. They arrive on stage and launch into ‘Lowlife’, a great slide guitar riff with nice southern harmonies courtesy of drummer Joey Dandeneau. ‘So happy’ follows quickly and this massive crowd, crammed into this medium sized venue, give them hell of a reception. The cheeky fist pumping crowd favourite ‘Bitch came back’ continues the crowd’s obvious love of this band. Things slow down with ‘All or nothing’, a slow ballad with the front man Tyler Connolly’s assertion that this is their “nice song”!

Then we have some recorded sounds of American gun crime news, salacious Kardashian news and other recordings that preface ‘Blow’. This is a great angry stomp that obviously takes aim at American values, American reality TV and pretty much everything in-between. The main refrain of this belter of a song is it “makes me want to blow my head off”. Personally, I can’t agree more… 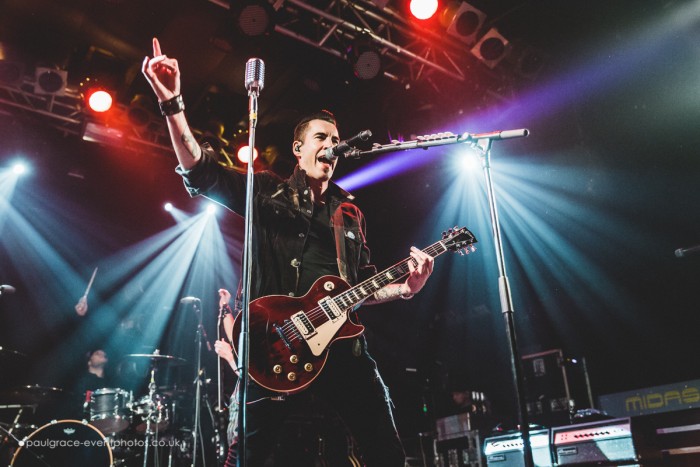 Next up are a few more ballads including ‘Drown’, the beautiful ‘Santa Monica’, again with some great harmonies along with the drummer and ‘Angel’, before a drum solo gives everyone a breather! The band return with ‘Better off’ and the lead track off their latest LP ‘Savages’ Its nice and upbeat and perfectly leads into ‘Panic room’. WHAT a right rocker! That midway gets really heavy!! Nearly Slipknot heavy!?!!

By this point the audience are absolutely gagging for more and ‘Not meant to be’ and obvious fan favourite ‘Hate my life’ are VERY well received. The band leave the stage having already acknowledged that their set spans 15 years of them being a band. Thus, the encore is greatly cheered and expectant. Connolly parades the stage and starts with some ‘Sweet Home Alabama’ riffs that get the crowd going. Then he launches into GNR ‘Paradise City’ riffs that just tease!! They then launch into ‘Bad Girlfriend’ which again is a great slide guitar led romp and the place is jumping. They leave to massive applause and something tells me that this is probably the last time I will see this band in a venue this size. Brilliant stuff.

Use of these images in any form without permission is illegal. If you wish to use or license any images, please contact: paulgrace898@gmail.com

Photos by Paul Grace. More work by Paul on Louder Than War can be found at his author’s archive. You can find him on Facebook. Photography portfolio can be found here: www.paulgrace-eventphotos.co.uk