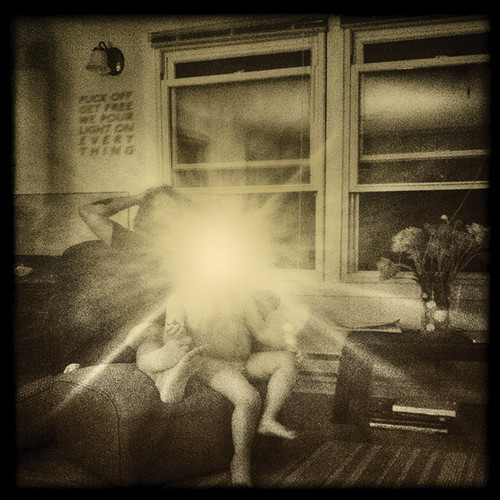 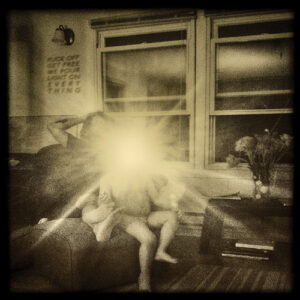 Thee Silver Mt Zion Orchestra: Fuck Off Get Free We Pour Light On Everything (Constellation)
LP, CD, DL
Out Now
8/10

Fuck Off Get Free We Pour Light On Everything is Thee Silver Mt Zion Memorial Orchestra’s is the first full length album following 2010’s Kollapse Tradixionales and it is also the band’s first full length proper since their debut almost fifteen years ago. It is also an album of exceptional quality, breadth, and imagination.

After starting life as a trio (away from their other group, the seminal Godspeed You! Black Emperor) SMZ have evolved from a predominantly instrumental outfit into a gloriously genre-defying quintet.

FOGFWPLOE opens with the desert noise, and doom sludge of Fuck Off Get Free (For The Island Of Montreal) a song that is part hymnal, part state-of-the-nation address. A song that leaves the listener with no choice but to engage and ingest its searing hot production and bleak, uncompromising lyrics.

Second track Austerity Blues is a fourteen minutes-plus EPIC (this term can be used here without fear of reprisals) and is the centre piece of the album. Opening seductively with the sound of wind chimes, the band burst into a stoner/garage rhythm that shimmies and grooves building up layers of intensity. Imagine a heavenly union of Spaceman 3, TV On The Radio and The Beta Band and you’ll be nearly there. Lyrically the track is full of righteous anger and scorn, yet instead of leaving the listener feeling like they’ve been lectured, they actually leave one feeling uplifted, infused with energy, looking to channel all of this into fighting the good fight. The crossing vocal lines and harmonies also offer an insight into how tight the band is and how they have tightly honed their music through their sporadic live performances.

Take Away These Early Grave Blues follows in the punk fury nature of the previous track, before we settle into a garage-groove and a collapse into feedback. Things are getting very tense which makes Little One’s Run’s beautifully plaintive piano blues and drone a welcome breather. One of the shortest and quietest songs on the album, it is also one of its most rewarding.

What We Loved Was Not Enough returns to the sonic blues rock of the opener FOGF, but SMZ now add a touch of post-punk angular guitar and early Arcade Fire bombast. The track slowly comes to a conclusion with a stunning repeated refrain by Sophie Trudeau, which leads us into the tribal pop lullaby of closer Rains Thru The Roof At The Grande Ballroom (For Capital Steeve).

FOGFWPLOE is an album that gets under the skin and stays there long after its final notes have rung out. An album which is politically charged, and with a point to say, but also one that is euphoric and invigorating. A must listen and one that the old adage ‘MUST PLAY LOUD’ is perfect for.

Thee Silver Mt Zion’s website can be viewed here and can be ‘liked’ on Facebook here. Alternatively you can visit the band’s page on their label’s site here.