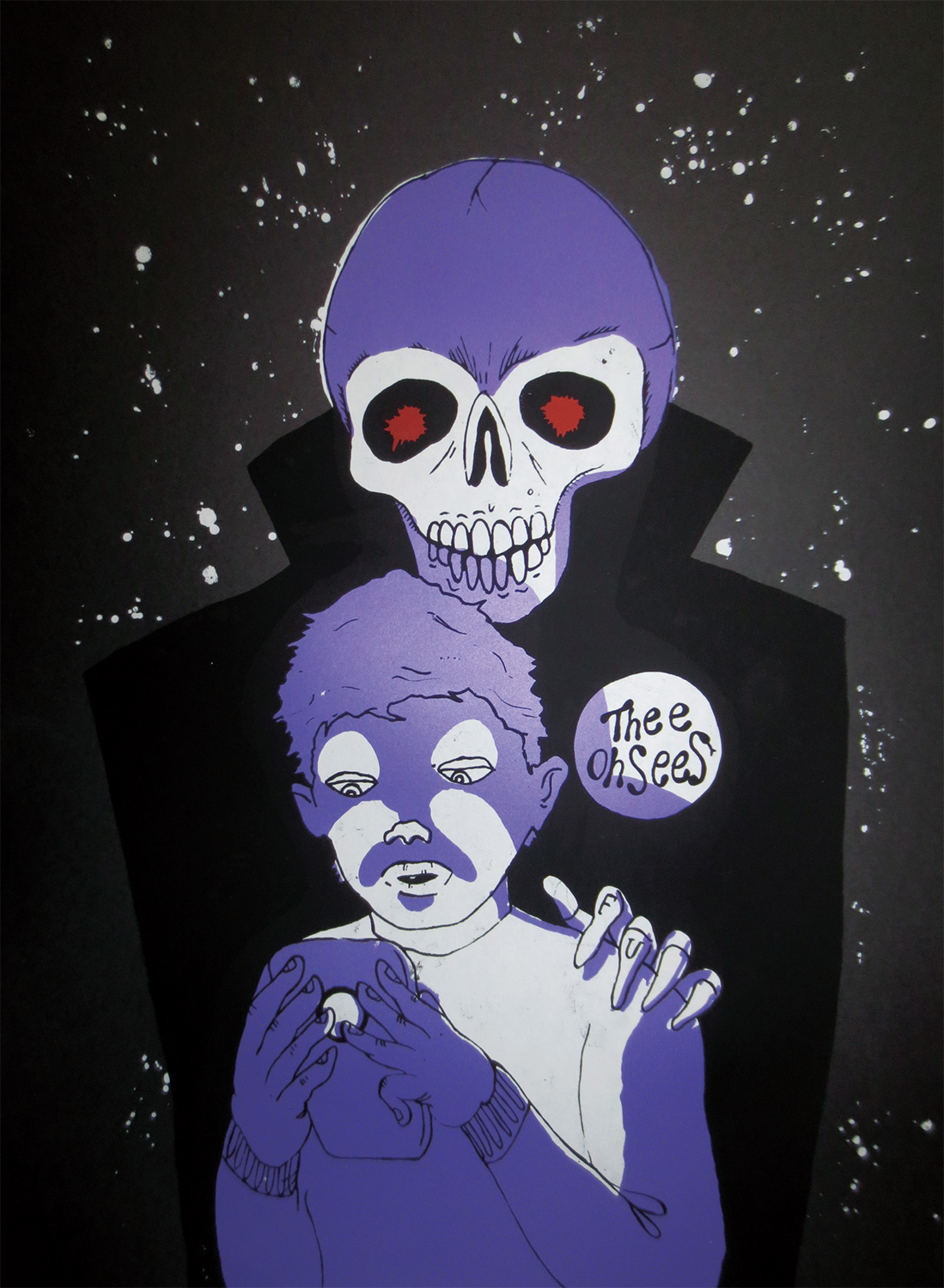 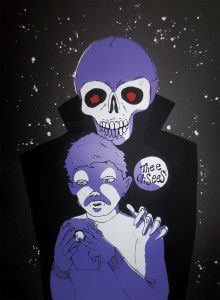 Like a tsunami of creative genius Thee Oh Sees keep on recording and releasing great stuff and touring in the middle of all of this. We have seen them play some of the greatest live shows in that past few years and their recorded output has been stunningly great.

And there is more stuff to come!

Thee Oh Sees released three (3!) albums in 2016, and in 2017 they are touring the UK /Europe, playing some parts of the UK they havent visited in many a year.
This tour also features the new lineup, new Drummer Paul Quattrone (!!!/CHK CHK CHK) joins Dan Rincon as part of the double drum assault

They’re back!! With new material from their latest album ‘An Odd Entrances’ and new drummer Paul Quattrone.

Latest solo album by John Dwyer of
Thee Oh Sees…Synths, alien globules,
urgent falsettos, and syncopating lush
landscapes all contained herein.
Oh my, what is this? The alien globule of
Damaged Bug’s errant planet has circled the
sun and is re-entering our orbit where last
year’s Cold Hot Plumbs left off. Urgent
falsetto morbidities detail this most
rhythmically adventurous offering yet: Bunker
Funk — syncopating lush landscapes with
moon-shot death rays.
Witness in horror the tractor beam pull of
“Slay The Priest” — a breathless sprint through
unfamiliar enemy territory — erratic laser
beam synths dredge the lake, hard panned
double drums resurrect dead heartbeats: load
thy crossbow, friend, this night is long and we
appear beset on all sides. The Bug is back and
more hideous than ever — join us as we
gawp at its iridescent shell, its alien
mandibles…and the guts streaming from the
wound.

For our very first Castle Face book, we have a selection from the dusty vaults of our own John Dwyer’s prodigious poster output. Bold, brash, lovingly imperfect prints embellished with some stories of the nights in question as told by the man himself…you can’t miss out on this or your coffee table will never forgive you.

From the introduction:
In this book, in no particular order, are the handbills, fliers and posters I’ve made since 1999 or so to present.
The style doesn’t vary all that much…similar content…but I think I’ve gotten slowly better over all these years…
I’m still a bit too impatient of a person to make “perfect” prints…
but I think part of that is my style: a mess sometimes.
Nothing wrong with that.
I’m really not a huge fan of the typical rock poster.
It can be a tedious format to look at, especially after years of playing shows and a million posters, so I try to make something from a bit of a different place.
Thanks, and I hope you enjoy, maybe you were at one of these shows?
Maybe you thought, who made this shit poster?
It was me.
cheers,
JPD