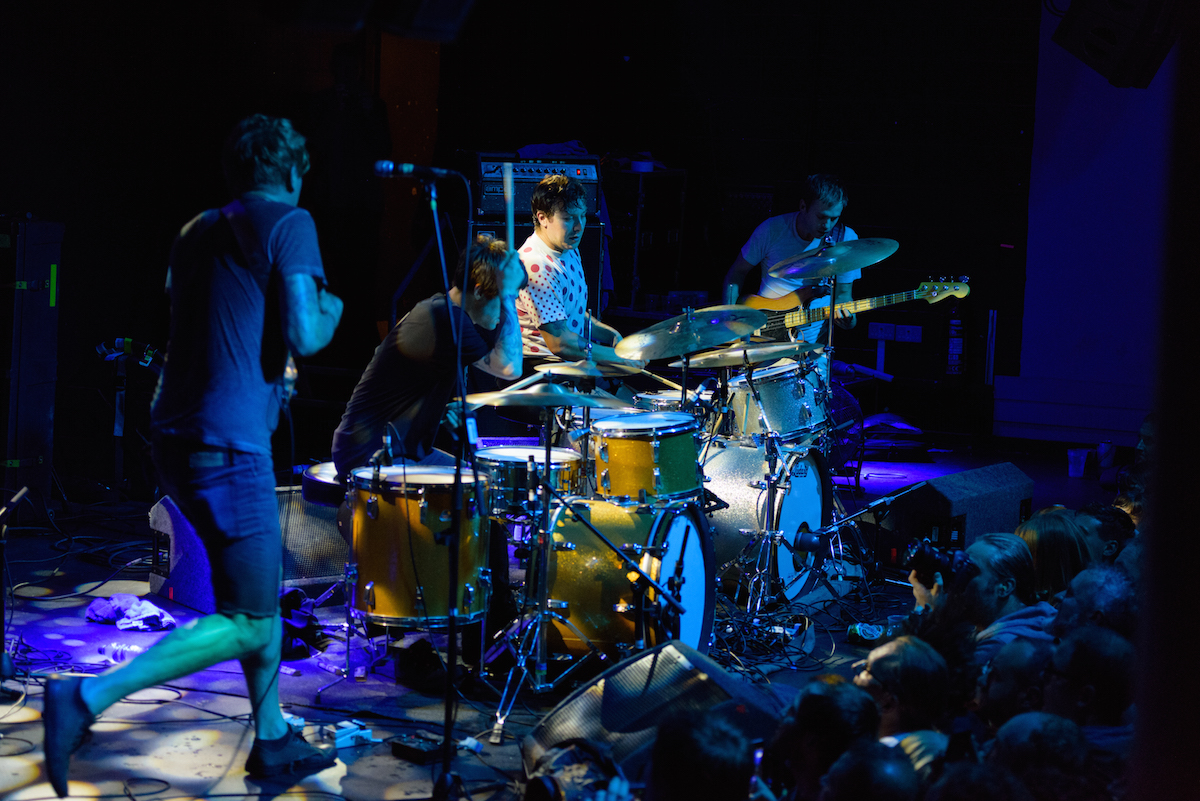 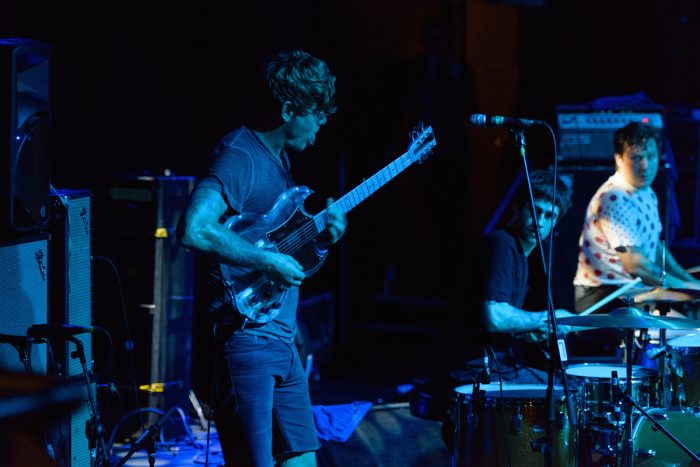 The Oh Sees thrill a sold out crowd in Leeds and we’re left completely mesmerised by the synchronicity of the bands two drummers.

Thee Oh Sees arrive in the UK on a crest of a wave of praise for their latest LP A Weird Exits, the first with their double drumming line up. With such a huge buzz resonating after their show the night before in London, it’s no wonder that so many people have turned out early tonight. However, there seem to firstly be technical issues that prevent the doors from opening on time.

As fans mill about the excitement and anticipation grow, when the doors do open Magnetix are quick to take the stage. The French duo set off at an exciting pace, their thunderous drums combined with flamboyant riffs and shouted vocals it’s the perfect opening. The main floor of the venue fills up rapidly as Magnetix get the crowd involved throughout as they all nod along diligently. 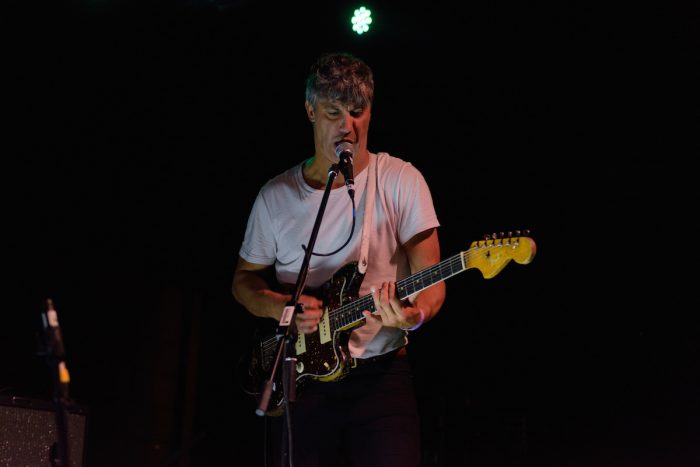 The Blind Shake waste very little time in capitalising on Magnetix’s momentum, it’s a high octane set from these three guys. Their wild drummer Dave is flanked by two outrageous guitarists in Jim and Mike who both high kick their way through a jaw dropping set. Dave is mesmerising though and this seems to become a theme of the evening, starting every track standing up he pounds his kit as the other two race away with intricate riffs.

The Blind Shake’s set is garage rock at its absolute best, with the room almost at capacity, the searing heat plays its part but so does this increasingly wild crowd. In spite of the earlier delays both openers seem to plough through extraordinary sets, the bar is set phenomenally high for Thee Oh Sees as the level of anticipation and excitement increases by the minute. 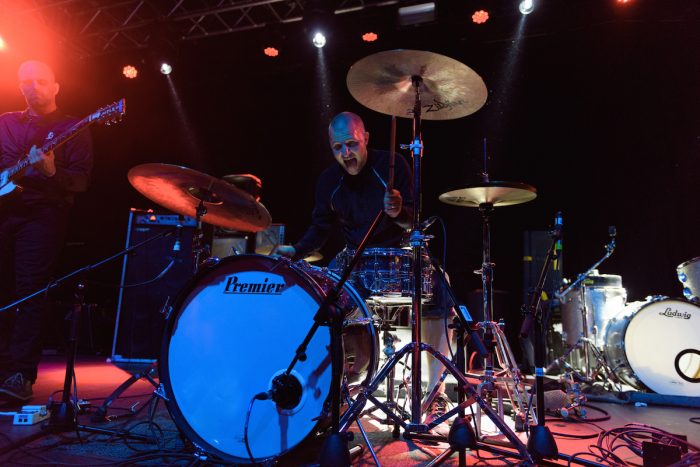 As the two drum kits are moved to within a foot of the front of the stage, the band hastily get set up so as to not suffer any further delays.  Instead of leaving the stage in order to make a grand entrance Dwyer just counts the band in and the mayhem ensues, with the crowd reaching fever pitch instantaneously. Beer flying over heard as pits form you can barely move on the floor of the venue as Dwyer’s men open with The Dream.

The atmosphere is electric the huge crowd hanging on every riff as people clamber onto the stage, diving off in emphatic fashion. Thee Oh Sees merely bat an eyelid at the carnage that is ensuing in front of them, both Plastic Plant and Gelatinous Cube from their latest album are distinct highlights as they truly show off the bands two drummers abilities. The aforementioned chaos can all be so easily overlooked as you become transfixed at the incredible synchronicity. 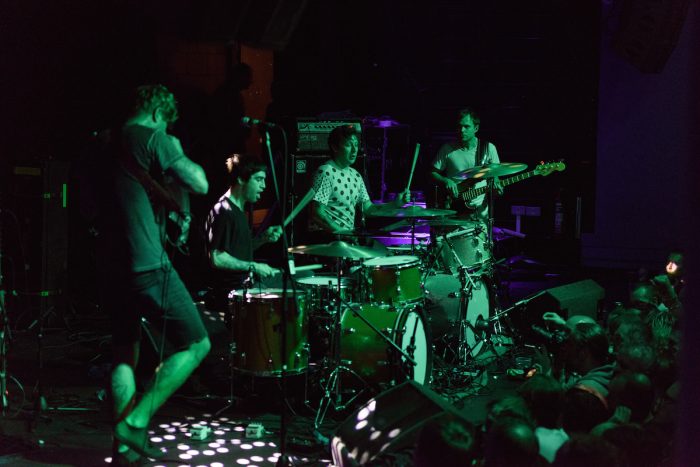 However, it’s the furore of tracks like Withered Hand that also shine through this evening with its sharp riffs and breakneck tempo this is Thee Oh Sees at their best. The latter part of their set saw the odd change of pace with I Come From The Mountain slowing proceedings slightly, but the end of the set still resulted in utter madness as had been the case almost throughout the night.

Tonight was a truly special set from one of the worlds finest live bands, this current line up is arguably their best to date. Dwyer’s frantic performance is usually enough to bowl anyone over but it is the two drummers that take the spotlight away from him with their synchronised skills.