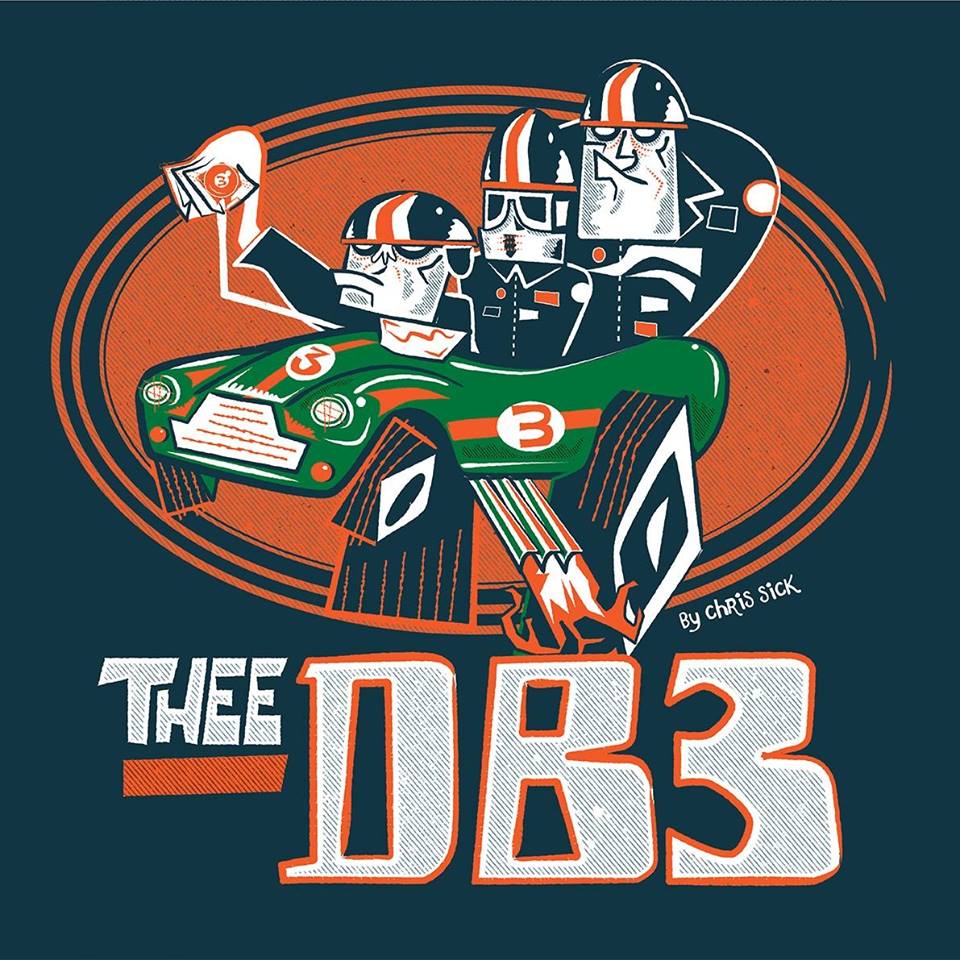 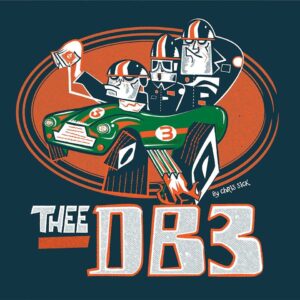 Portsmouth’s Thee DB3 take garage all too literally donning race suits to deliver an album about driving fast motors in a car crash between rockabilly and punk rock. Louder Than War’s Nathan Brown buckles in for the ride.

Famously the Buzzcocks sang “I hate fast cars”. Not Thee DB3. They absolutely love ’em. The sound, the look and the titles of this album scream 60s speed flick at you (think “Thunder in Carolina”) with perhaps just a pinch of Wacky Races : “Dragstrip”, “Red Light Fever”, “Gonzo Fireball”, “My baby wants her car back”, “Motorbike and Sidecar”.

The fairest description I can give of Thee DB3 is garagey punk’n’rollabilly. It’s like a head-on collision between Heartbreakers-style punk rock and quiff toting rock’n’roll. It’s too punky to be called Rockabilly but there’s no double bass so we can’t call it Psychobilly. Given that 2/3 of the band were in the Good Time Charlies and TV21 previously this comes as no great surprise.

The CD opener “Devil’s driver” won me over straight away. The punch and attack of the riff immediately brings to mind the Sid Vicious/Sex Pistols version of “Something Else” (not the singing I hasten to add). I always thought that was a brilliant blend of 50s Rock’N’Roll and Punk Rock (not so popular with Teddy Boys of course).

Thee DB3 speed round the track and on their way they over take New Bomb Turks, The Sonics, The Hives, The Surftones, Dr Feelgood, The Trashmen and even The Stooges, stopping for a brief dirty oil-drenched pit stop. There is some serious surf guitar courtesy of Danny Dawkins – ranging from pure 60s style moments to the ultimate punk rocking surf sound of East Bay Ray (Dead Kennedys). Guitar breaks also pop up that are pure punk rock in their simplicity and punch.

If Danny’s guitar is the screech of the tyres as the DB3 wagon corners then the thumping V8 engine is provided by Andy Morris’s drums (who moonlights with hardcore punks Armoured Flu Unit). Craig Boyd’s bass is the thrum of the exhaust as they accelerate out of sight. All topped off by Craig’s vocal performance – at times sleazy, at other times raw attack – accentuated by the analogue production with overdrive and reverb deployed to great effect.

Add car crash sound FX to the fun, kit the band out in 50s era driving gear and the theme is complete. There are 14 originals, some of them so good you’ll swear they are songs you think you should know.

Flag down Thee DB3 on Facebook or grab the album via Bandcamp.