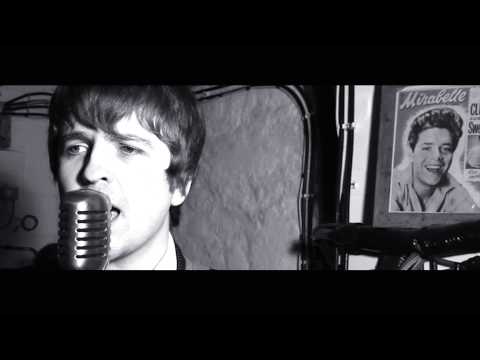 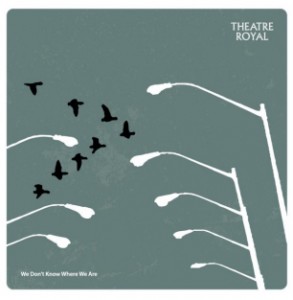 Named after a now demolished music hall in Chatham, Theatre Royal are one of many bands to have emerged from the Medway towns. Martin Leay reviews the third album from this melodic Kent four-piece.

Rochester, Chatham, Strood, Gillingham, Rainham … it sounds like a Babyshambles pre-chorus, but it is precisely these provincial towns that spawned the Medway scene spearheaded by trailblazers such as Billy Childish and Graham Day. And in keeping with the no frills mentality of their local forefathers Theatre Royal recorded this, their third album, at Ranscombe Studios in Medway – strictly analogue, of course.

The old school production values are backed up by an immaculate sound that nods to the jingles and jangles of the Byrds and the densely layered sugar-sweet harmonies of the West Coast. But this isn’t a retro trip because the sixties-tinged melodies rub along nicely with lyrical ruminations on the very modern malaise of dissatisfaction and general lack of direction. This is literate pop music. Pop music that matters.

Certain motifs are weaved in and out of the record like recurring dreams. Notably the idea that “the past is always gone” which features on the opening track but also crops up in “What Was That Sound?” The mission statement is clear – we’re all a bit lost but we can only find our way by looking forwards.

“Doubt” offers up further self-reflection against a doo-wop backdrop. “My life’s ship has sailed”, laments singer Oliver Burgess as he resounds himself to the universal truth that “doubts will follow you where you go”.

Ultimately though, Theatre Royal are keeping the faith. On “Running On The Spot”, Burgess emphatically exclaims, “You don’t want to grow old and I don’t want to grow up/not if growing up means giving up”. This two-fingers-up defiance is emboldened by a blistering guitar riff and powerful bass line that forcefully drives the song. This track clearly postmarks the record as Medway made. Burgess spits out a spoken word refrain in his distinct Kentish voice before screaming, “where did the good times go?” – a question that every generation eventually asks itself.

“Over All The World” is a wistful take on lost romance, with the melancholy piano and backing vocals bringing to mind a Stevie Jackson sung Belle and Seb track. “After The Fair” has a lilting harmonica that shimmies away beautifully, while “Until The Morning After” is a folky tale of longing for a former love. It has a gorgeous melody that melts the heart as the protagonist refuses to give up hope; “If you see my love/then tell her that I’ll be/waiting patiently/till the morning after.”

And that’s the point – there is always hope. “French Riviera 1988” is the classic dream of escape; of “taking flight from the muddy estuary”. And “Here It Comes”, the first single from the record, is a shot at redemption – at new love – “So here it comes, here it comes, I can feel the morning sun/as I awake and start to hear a crashing sound upon my ear”. It conjures up the endless possibilities of a new dawn. It has a summery feel to it – the perfect soundtrack to this time of year. The video filmed on a mobile phone in the style of old Super 8 footage blends modern and vintage in typical Theatre Royal style.

“Ripple” is the emphatic end, except that “the water’s ripple might not mean the end”. Echoing this sentiment, a false finale gives way to a piano and horns outro that truly buoys the spirits. Fundamentally, this is an uplifting record. 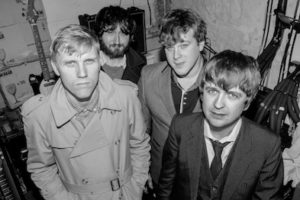 Theatre Royal wear their influences on their sleeves – Byrds, Beatles, Kinks but with a harder edge – shades of The Clash and the more polished end of The Libertines’ shtick. “We Don’t Know Where We Are” is an album of eleven expertly crafted pop songs bookended by a pair of six-minute smashers.

Existential angst runs through this record as it does every human soul. None of us really know where we are. But there is always hope. And that’s what counts.

All words by Martin Leay. Find his Louder Than War archive here.