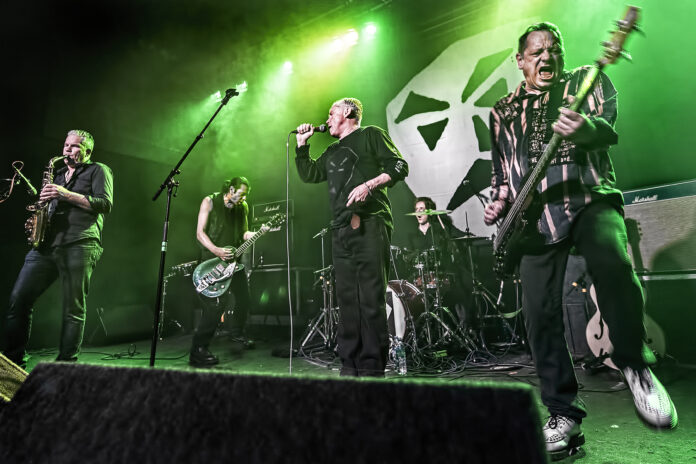 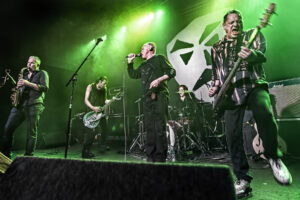 Theatre Of Hate to release ‘Slave’ EP; their first new material in decades…

Theatre Of Hate have confirmed the release of the ‘Slave’ EP – comprising 4 tracks of brand new material, the first new material from the band since their implosion in 1982; the band with original members John Lennard on sax and Stan Stammers on bass are also heading out on a short UK tour including the bands sold out Westworld Weekend’ Fri 8th-Sat 9th May 2015; the weekend being an annual highlight in their touring calendar.

‘Slave’ will be a limited edition CD EP, the upper surface of the disc being designed to resemble a vinyl EP – Initially made available only via the Theatre Of Hate website and at live dates during the 2014 ‘Slave’ tour, the EP is now set for a full commercial release.

In 1980, Kirk Brandon formed Theatre Of Hate from the ashes of heralded punk band The Pack. Joining Kirk on vocals were notable punk musicians Stan Stammers and Luke Rendall, along with old school friend, Steve Guthrie and Canadian born John “Boy” Lennard, who revolutionised the band’s sound with his haunting sax lines.

Theatre Of Hate’s debut double-A-side single, ‘Legon/Original Sin’, topped the independent chart in 1980, and ‘Westworld, their 1982 debut album, produced by Mick Jones from The Clash, held the #1 for 21 weeks. The single taken from the album, ‘Do You Believe In The Westworld?’ has become an anthem and is still widely played in clubs and on international radio, as well as featuring on numerous compilation albums.

Supporting the likes of The Clash, Ian Dury and Spizz Energi lead to Theatre Of Hate headlining major venues across the UK & Northern Europe.

Despite the critical and commercial acclaim Theatre Of Hate imploded in 1982, with Kirk taking Stan forward to form Spear Of Destiny, but the band has resurfaced over the years to play some very special shows. 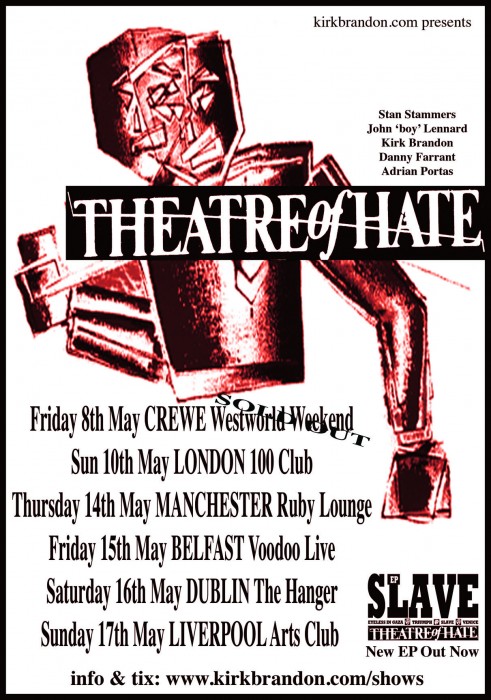 Having initially been asked by John Curd to join The Damned for a massive show at London’s infamous Roundhouse in December 2013 the band once again joined the fray. A short set of dates around the London anchor show attracted rave reviews, and spurred the band to continue.