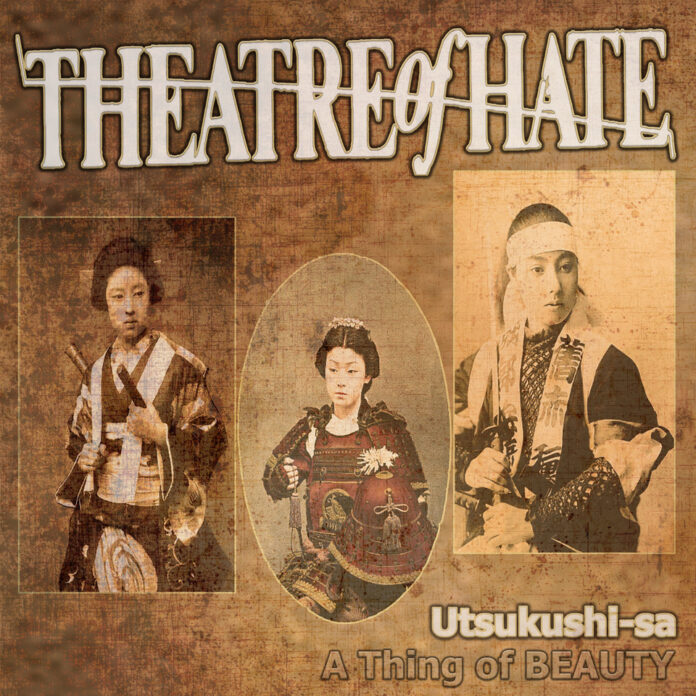 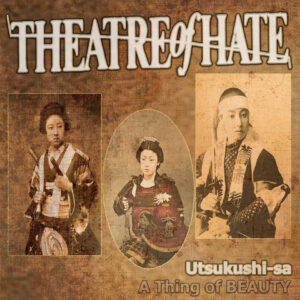 Theatre Of Hate announce ‘A Thing Of Beauty’ album:

To coincide with their 40th Anniversary Theatre Of Hate have just announced a new studio album entitled “A Thing Of Beauty“.

A promo video has been released:

The album cover indicates the album has the full title “Utsukushi-sa / A Thing Of Beauty”, ‘Utsukushi-sa’ being the Japanese word for beauty; the cover depicts three Japanese women in traditional samurai dress, and suggests Kirk Brandon is continuing thematically with his traditional Japanese figures and values; the previous album was titled “Kinshi’ and portrayed five samurai on the cover, whilst 2 previous 10” EP’s were called “1. Sensou”, and “2. Heiwa”.

Advance orders are being taken now, all editions are available signed, in addition an ultra limited bundle is available which includes vinyl test pressings.

Theatre Of Hate announce ‘A Thing Of Beauty’