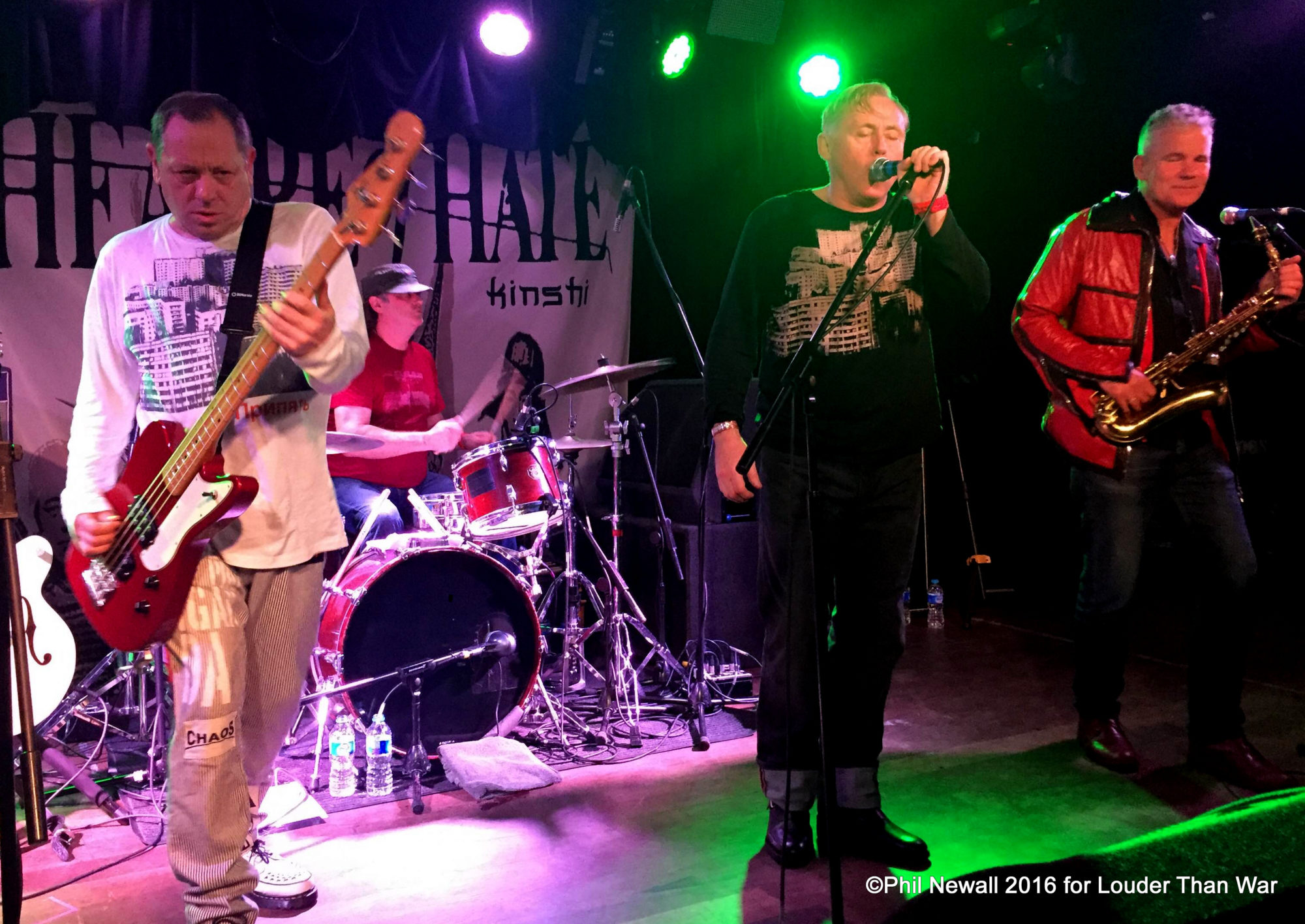 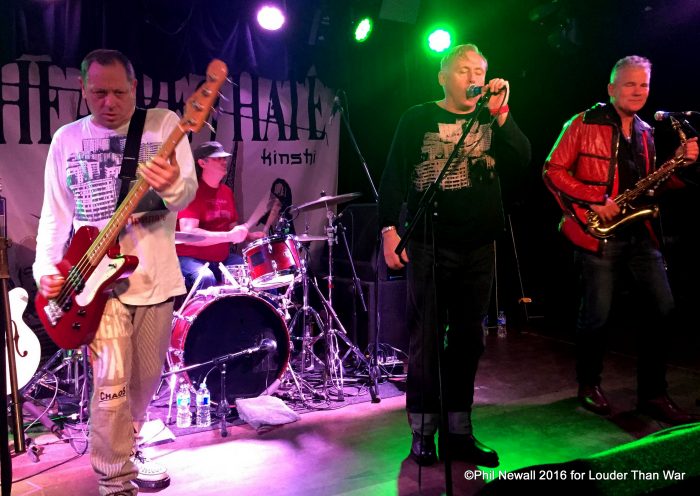 There is no way that this far down the line that Theatre Of Hate should be this good. Surely those bruising years on the circuit should have battered any life out this band but here they are sounding as concise, as euphoric, as euphoric than ever – if not even more.

With the new album ‘Kinshi’ that is a return to their fiery impassioned form this is a reinvigorated band – partly because the heart and soul of Kirk Brandon and bass supreme Stan Stammers is back in place. And it’s all about heart – despite having heart problems a few years ago Kirk Brandon is a 110 per cent performer and looks in rude and vibrant health. This is explosive, combustible passion – his face red with fury and should power and effort as he digs deep and lets a flood of emotions pour out with that remarkable voice.

Has anyone else ever remotely sung like this? I can detect a tiny bit of the wail of the early Pistols maybe tuned into something almost operatic and very European. It creates a thoroughly unique atmosphere, and yet is couched in songs that can be sung along to. It’s a thrilling site watching the audience try and match this post punk operatic with those intriguing lyrics in terrace style and its part of the core of this very unique band experience.

Stan Stammers returning to the fold had been key. He is a great bass player – those runs, those unexpected chord changes and those disco dives and those octave things really do help to define the band’s sound and combined with the sax give Theatre Of Hate their unique backdrop.
No other band from that post punk wars sounded anything like this and in the overcrowded band scene of the time they carved out their own niche with an utter originality that has to be treasured.

Years ago their gigs were intense – full of flying elbows and bleach flat tops out front, full of the bravado and passion of the punk inspired generation on stage. Oddly this very much youth music makes a perfect transition into later years – being a veteran works for so many of he bands and for Theatre as well.

The past is, of course, well represented with classics like ‘Westworld’, ‘Legion’, and ‘Propaganda’ which are perfectly played tonight but its the new stuff that underlines that this is a hungry band. That at the age of 60 Kirk is as impassioned as ever and his voice is still stunning – that operatic, powerful croon is still unlike anyone else and it drips passion and a deep intelligence – by now it should by a crackled wreck – a time battered voice – especially one this intense; but it sounds as pure as ever and cuts through the decades and brings a fevered response that shows that Theatre Of Hate are the next classic band from the punk and post punk years to start that rise up through the venues as the realisation hit people that they are still on fire.

We have seen the Stranglers, SLF, The Damned and Killing Joke go from strength to strength in the past few years and with performances this powerful and this spell binding it won’t be long before Theatre Of hate join them. 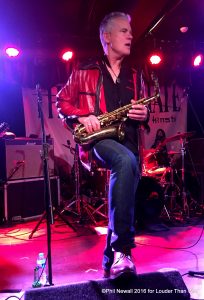 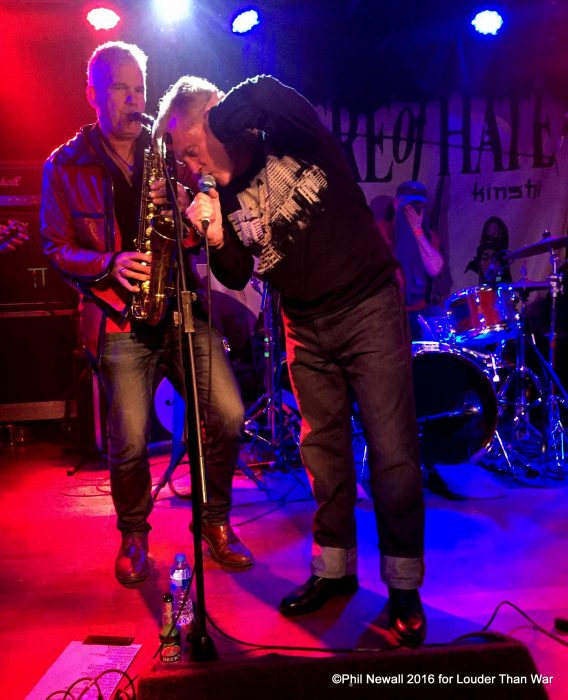