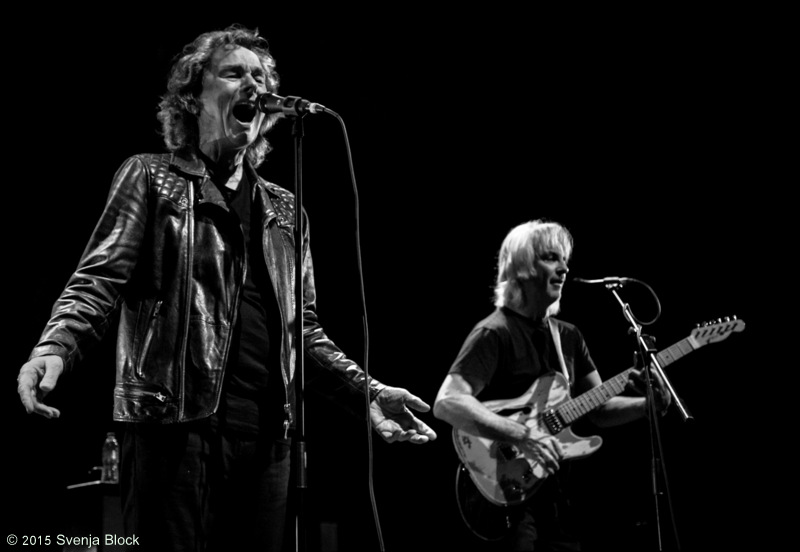 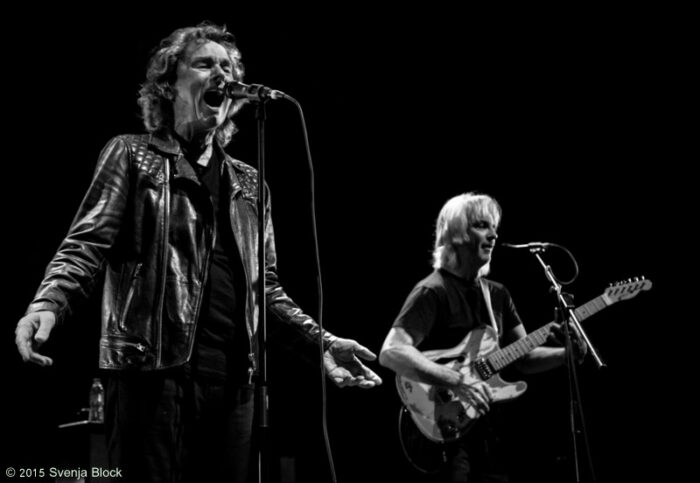 The Zombies’s second coming has now lasted longer than their original incarnation. Louder Than War’s Craig Chaligne reviews their return to a UK stage at The Forum.

Hot on the heels of a 5 week american tour, The Zombies played their first UK show promoting their recently released “Still Got That Hunger” LP. First opening act The Merylees were on very early and I missed them but managed to catch Josh Flowers and the Wild’s set in full. Displaying an unusual line-up with two frontmen with one playing Cello, they played well crafted blues songs that went down well with The Zombie’s audience. They will be supporting The Zombies on all their British dates in November.

Sporting a matching set of perfecto leather jackets, Rod Argent and Colin Blunstone climbed on stage accompanied by the father and son rhythm section of Jim and Steve Rodford and guitarist Tom Toomey who has been playing with the band for the past 6 years. Starting with two tracks from their “Begin Here” album (“I Love You” and “Can’t Nobody Love You”), the band then played several songs from their latest release. A reworked version of “I Want You Back Again” was played in an arrangement inspired by Tom Petty’s cover version of the song and featured an extended keyboards solo courtesy of Rod Argent. The energetic “Moving On” certainly got a few feet tapping in the Forum’s audience and “Edge of the Rainbow” gave Colin Blunstone the occasion to display his vocal virtuosity. 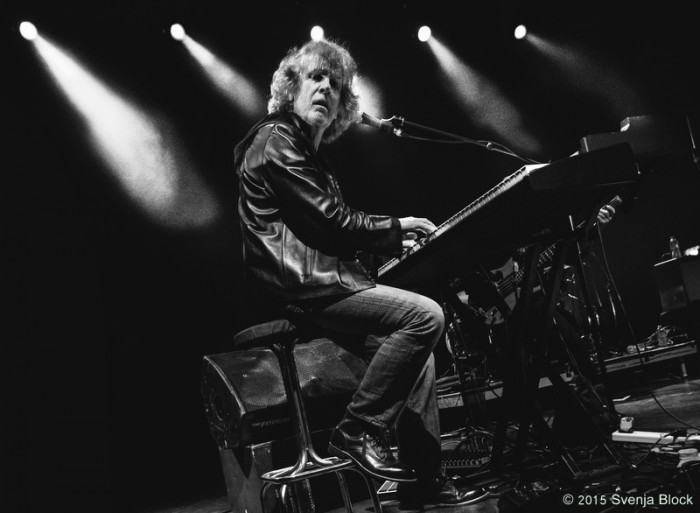 We were soon back in golden oldies territory with a great version of “Tell Her No”  introduced by Colin Blunstone telling a story about how the song was used in a toothpaste commercial. Their cover of Smokey Robinson’s “You Really Got a Hold On Me” preceded another batch of new songs that included the catchy “New York”, one of the best tracks on the new LP that sports Who-like guitar licks and a set of lyrics paying homage to the bands and artists they encountered while visiting the big apple for the first time in the sixties. “Caroline Goodbye” from Colin Blunstone’s first solo LP “One Year” saw Tom Toomey play a particularly nice guitar solo. Then it was time for the Odessey and Oracle section of the gig which started with the gentle “A Rose For Emily” followed by Dave Grohl’s favourite song: “Care Of Cell 44”. The trio of “This Will Be Our Year”, “I Want Her, She Wants Me” and “Time of the Season” achieved to show what an embarrassment of riches Odessey is, one of the top 5 records of the sixties assuredly.

The last part of the evening was dedicated to Argent and Blunstone’s post Zombies activities with Colin revisiting “I Don’t Believe in Miracles” and “Say You Don’t Mind” while Rod wrung out every last note from his keyboards on Argent’s “Hold Your Head Up”. The band closed the show with “She’s Not There” and  their now legendary cover of George Gershwin’s “Summertime”

All  photos © Svenja Block. You can find more of Svenja’s photos at her Flickr, Facebook and at her Louder Than War author’s archive.