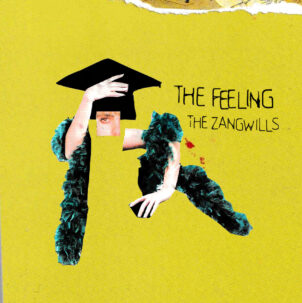 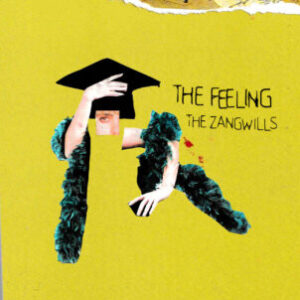 The Zangwills release a cracking new track that has caught the attention of Wayne AF Carey after witnessing them live for the first time a few weeks back.

The Feeling is a sophisticated song of well crafted indie rock that oozes clever songwriting they have honed over their few years of existence. A mature track that shows these guys have an ear for infectious indie hooks, aimed at the heart of fans of the big guns that have charmed that particular listener. Clever song titles are normally their forte and this throws a bit of dirt in the rusty keg that has been treated with WD40 and wipes away any doubts that this band are taking off as their own unit.

As their humble press says:

The Feeling continues a new era of songwriting for The Zangwills. Experimenting with thicker textures & layering synths & pianos resulting in a huge, full sound which bursts into life in complete contrast to the short, simple intro played on a deliberately basic guitar.

The song was built around one line in particular “love is no emotion but an excuse for many different feelings” quoted by a fictional character, The Scholar & followed by, “though his words aren’t golden, I for one believe him”.

For the intro, unbeknown to the band, Producer Mark Winterburn went in search of a guitar that could be used for the opening bars to create contrast. He went to a friend’s guitar shop and asked for the worst guitar they had in stock, they pointed to one on the wall and he said, ‘no, crappier than that’ so he was taken out the back to one that had been part exchanged and was heading for the skip. Arriving at the studio with it raised a few eyebrows but that was the one the band went with in the end. It serves to symbolically take the song from stark black and white to glorious, vibrant technicolour.

Jake Vickers, Ed Dowling and Sam Davies met at sixth form college in Northwich, Cheshire and The Zangwills line-up was completed by drummer Adam Spence from Chester in May 2017. They released their debut single New Heights in December 2017 and have released music steadily since including 2 EP’s It’s Really Up to You and In Amongst the Glitter. Each of them bring very different influences to the band and this, along with Jake’s unique voice, is reflected in their distinctive sound which is instantly recognisable. Tricky to pin down for comparison, the band cite David Bowie, Arctic Monkeys, The Cure & The Strokes among their influences.