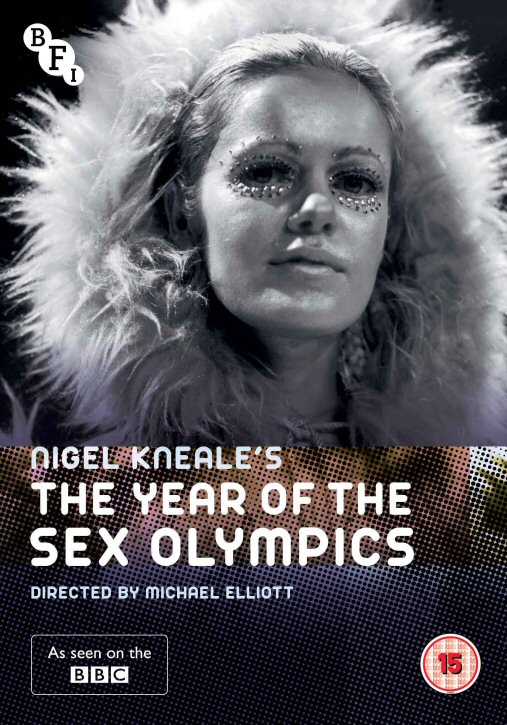 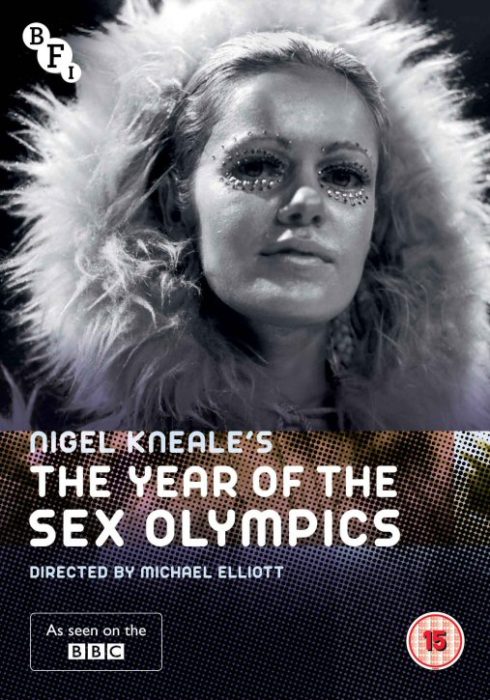 Its title might suggest an entry in Britain’s sexploitation cinema cycle but if you watch this expecting some Robin Askwith lookalike farcically attempting to get his end away, you’ll be very disappointed. If however you are on the lookout for a highly original and thought-provoking drama, the chances are that this might be to your taste.

Shown at the height of the summer of 1968, three months or so before the actual Olympics in Mexico City, this was controversial stuff. On the same night of its TV debut, a heated debate followed on during a show called Late Night Line-Up with critics discussing the play with Nigel Kneale and Michael Elliott. Even before it was broadcast, moral campaigners like Mary Whitehouse and her National Viewers’ and Listeners’ Association attempted to have it banned and demanded the producer be sacked. Presumably the mere mention of sex in the title would have had the collective knickers of these prudes in a twist.

For some not entirely convincing reasons, the reason low-drives are encouraged to lap up these sexual shenanigans is to keep the population down. Watching sex acts as a substitute for taking part in it.

‘Apathy control’ is the favoured means of combating any forms of resistance. Anything that upsets the low-drives is to be avoided. When one man attempts to hijack an art sex show in protest to show audiences his expressionist pictures, he ends up accidentally plunging to his death live on air. An unexpected upshot is that the audience of low-drives find this hilarious.

Station co-ordinator Ugo Priest (Leonard Rossiter) and devious rising exec Brian Cox (Lasar Opie) devise the Live Life Show, intending to build on this ratings success. Opie, in particular, will do anything to make this a success. And I do mean anything.

Disaffected high-drive Nat, played with a bug-eyed intensity by Tony Vogel volunteers to live on an uninhabited island with his former partner and daughter with a camera recording their lives there. Yup, reality TV.

They’re in for a sinister shock. 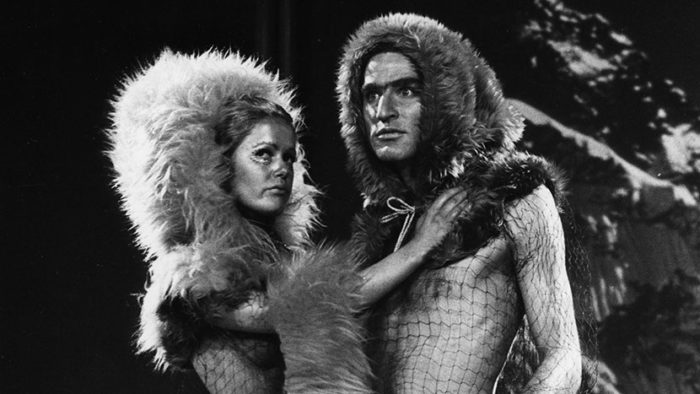 The Year Of The Sex Olympics is undoubtedly one of the most prescient dramas of the mid-20th century. Compared to much of Kneale’s other work, though, it takes some time to become involved in the plight of any the characters and its reputation in all likelihood is largely down to the fact that it prophesised at least one aspect of the 21st century life with a pretty chilling accuracy.

Other aspects of the play weren’t so accurate. I certainly haven’t seen many ponytailed men in psychedelic outfits spouting a real superking argot that resembles the nadsat of A Clockwork Orange while reality television has become almost impossible to avoid. Although I do try my best, believe me.

I should point out that The Year Of The Sex Olympics was originally broadcast in colour. According to trainee assistant cameraman William Dudman: “The end result was a film of the same technical quality as contemporary feature films.” It’s a real pity then that, as commonly happened at the time, the master tapes were wiped and reused. Luckily a black-and-white 16mm telerecording was later discovered. This, remastered by the BBC, is what you’ll see on this new BFI release. It’s a flawed but utterly fascinating watch.

Extras include a feature-length audio commentary by Brian Cox; Nigel Kneale in conversation (audio only) with the writer looking back over his career with Julian Petley; an introduction from Kim Newman; a collector’s booklet (first pressing only); and Le Pétomane, a short comedy starring Leonard Rossiter and written by Ray Galton and Alan Simpson. If you like fart gags you’ll love this.