Home Music Bands The Year In Hardcore: Nick Mann Rounds Up Some Of His Favourite... 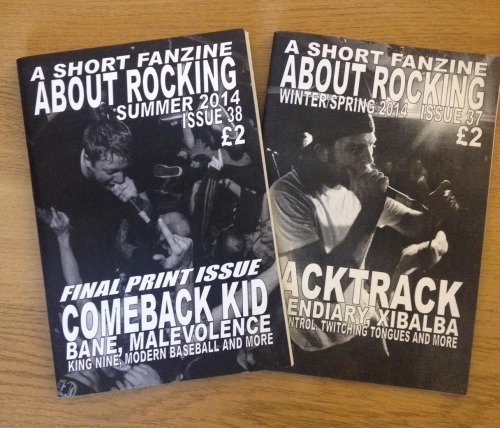 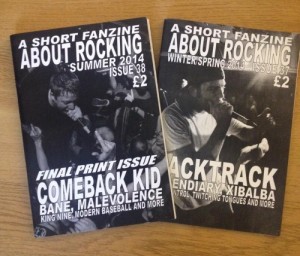 We’re very happy to welcome Nick Mann, who we interviewed back in 2012 about his fanzine, ASFAR, onto Louder Than War’s team of writers. Nick’s “specialist subject” is hardcore and he begins by rounding up some of the best releases he’s heard and the best gigs he’s been to in 2014. Much like the UK black metal scene, the UK hardcore scene is going through a golden period at the moment so we strongly recommend you check out some of the bands below.

It’s odd that, in a year where I’ve seen more and more people I’d consider my peers (i.e. old people who still listen to hardcore) bemoan a lack of decent releases, I’ve probably been more excited about bands, records and gigs than I have for a good few years. It’s even odder when I consider that this year saw me finish the zine I’d been producing for 13 years – A Short Fanzine About Rocking – a decision that took with it the one thing that guaranteed I’d keep checking out new bands. If anything, not having to do the zine has made me hungrier for new music because I have more choice over what I listen to now. And there really has been a lot of good stuff to choose from this year.

Album-wise, the first half of the year brought stand-outs including the emotional hardcore tour de force that is More Than Life’s ‘What’s Left Of Me’, the crushing aggression of Brutality Will Prevail’s ‘Suspension of Consciousness’ and the even-more-crushing aggression of No Second Chance’s ‘Burden Of Life’. The fact that all three records were by British bands is indicative of just how strong the UK scene is right now, and releases later in the year like Breaking Point’s ‘Set To Burn’, and demos from new outfits like World Weary, Earthly Rage and Insist showed that, as clichéd as it may be, UK hardcore really is on top right now.

That’s not to say there hasn’t been some good stuff put out by bands across the pond, with Cold World’s ‘How The Gods Chill’ showing the Wilkes Barre outfit are still at the top of their hip-hop-infused hardcore game, while Expire (‘Pretty Low’), Backtrack (‘Lost In Life’) and Bane (‘Don’t Wait Up’) all weighed in with quality efforts that deserve a mention in any ‘Album Of The Year’ round-up. Coming from a slightly more tuneful place, the frenetic melodic squall of Angel Dust’s ‘AD’ and the righteous anger of Praise’s ‘Light’s Went Out’ both brought some welcome diversity to proceedings, while Code Orange’s ‘I Am King’ will justifiably end up on more AOTY lists than any other hardcore record released this year.

It’s back to the UK, however, for my record of the year – Renounced’s ‘The Melancholy We Ache’. These guys wilfully plunder the classic late 90s / early 00s metallic hardcore vibe in a way that’s sure to bring a smile to the face of anyone like me who grew up on a steady diet of Trustkill bands, but imbue that familiar sound with an energy and hunger that only a new band can bring. The fact that they’re a fantastic live band as well pretty much seals the deal.

Renounced were also part of one of my favourite shows of the year, when they laid waste to Kingston’s tiny Fighting Cocks just a few weeks ago alongside Code Orange. The fact that Code Orange then bettered that visceral performance when I saw them again the next night at London’s Old Blue Last shows they really have got the quality to justify the hype. Among the other shows of the year, the Turnstile / Angel Dust co-headliner showcased the best of new US hardcore as it rolled through town, while Madball proved they’re still at the top of their game when they played London’s Underworld in late September. Of the one-day hardcore fests that are now a mainstay of the UK scene, the stacked line-up of Leeds’ Outbreak Fest took some beating, while a quick trip over to Berlin gave me the chance to see the likes of Ringworm, Expire and Evergreen Terrace lay waste to a tiny concrete bunker of a room for Stateless Society Fest.

As we move into 2015, things are – if anything – shaping up even more promisingly. With records from Turnstile, No Turning Back and Stick To Your Guns all on the cards for the new year and a beast of a line-up hitting London on January 11 featuring Mindset, Death Threat and more, there’s plenty to look forward to.

All words by Nick Mann. This is Nick’s first article for Louder Than War. Nick can be found on titter as @ashortfanzine.