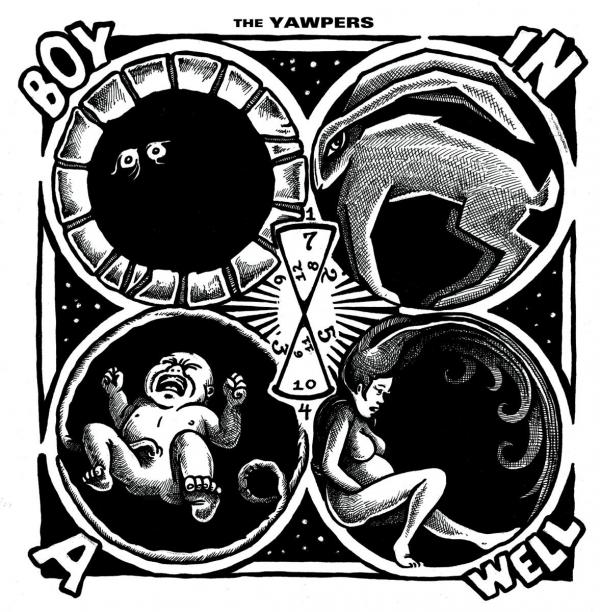 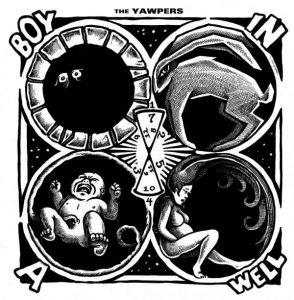 Boy In A Well (Bloodshot Records)

The story told through the twelve songs – and illustrated in comic strip form by J. D. Wilkes of the Legendary Shack Shakers – is a twisted, gothic tale of war, Oedipus love and a (sort of) redemption. Set just after WW1 in France, it’s the tale of an unwanted baby born of desire that is hidden away in a well until he emerges years later to claim some sort of revenge or reward. Whilst it makes for a really interesting narrative, you can enjoy the individual songs in isolation.

It opens with Armistice Day and a dark piano, sounding like a tolling bell, or a gunshot. The guitar is understated and there is a build-up of tension towards something ominous, rather than a celebration. A Decisions Made is hard rockin’ rockabilly for the 21st Century with heavy guitar distortion kicking in. This is blasting bop a loo bop with a back beat to blow you away and a singer speaking in the tongues of Elvis, Jim Morrison and Jeffrey Lee Pierce. This is emotion on overdrive and sweat soaked passion. It motherfuckin rocks. Things slow down into a West Coast 60’s slip sliding groove on A Visitor is Welcomed. This is laid back melancholy with hints of Love, Red Hot Chili Peppers and a twist of Dylan. Room With A View sounds like The Beatles’ Lucy in the Sky With Diamonds, but with a more trippy, contemplative groove. Mon Dieu starts with an Elvis croon and then WHAM they’re smashing out of a 50s swamp in an Oldsmobile and straight into your mind with an electric shock of hard rock. The Oldsmobile screams across the country with Southern gothic licks and a driving drum. The guitar flies off with wild abandon, barely contained by Parmet. It’s great fun. It’s music to dance to. It’s music to smash concert halls up to. It’s all held in place by a voice half way between Elvis and Lux Interior. Mon Dieu, it’s good!

The Awe and the Anguish opens with lonesome cowboy blues, straight out of the dustbowl. It sounds like it was recorded in a barn a hundred years ago; it’s old time Americana blues-folk. A dustbowl lament for hard living on a hard land. The sort of song the White Stripes used to do so well. Mon Nom is dark black as Bible blues. It’s swamp murder ballads. Sultry. Sinister. This is Stones infused blues-rock when the Stones actually still had sexual menace rather than being your pervy uncle. Then it’s psychedelic swamp blues with Face To Face To Face, with a touch of The Cramps. There’s a deep backbeat with the music shimmering in and out like a haze over the landscape, building up with evil, dark blues then bam boom it turns into a shrieking hard rock-out with an explosion of released repressed emotions. It’s beautifully controlled mayhem. No Going Back has a big, epic feel to it. God’s Mercy channels Woody Guthrie with a plaintive, lost in the world, voice. It’s a song Springsteen would be proud to write. Linen For The orphan is surfing punk with a modern twist on the Dead Kennedys. It’s punked up surfabilly! It all comes to a conclusion on Reunion which has an uplifting feel to it and it ends with the final toll of the piano that opened the album.

The Yawpers are a band with their roots deep in the gritty soil of rock and roll, infused with Southern hellfire and whisky soaked road side bars. The cuts on this album are visceral, razor sharp and blistering. Boy In A Well is ambitious, crazy, thoughtful, exciting and, most of all, awesome rock and roll played by an honest to God rock band.