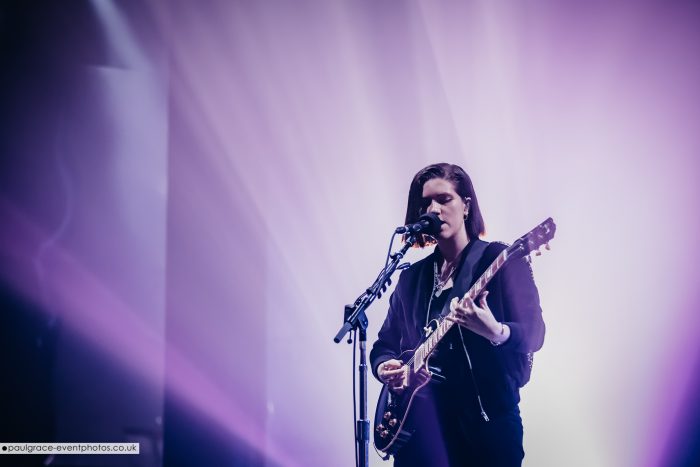 The XX have taken over the O2 Brixton Academy for a record seven night sell out residency during which Paul Grace has experienced strong contender for gig of the year.

Hailing from Wandsworth in South London, The XX’s eponymous first album landed them the coveted 2010 Mercury Prize and swiftly cemented their credibility as one of the UK’s most exciting new acts. Their second album Coexist was perhaps slightly unsurprising and demonstrated little by way of sonic evolution, but it certainly kept the fans happy. By stark contrast however, their recently released third album, I See You, reveals a strong progression into uplifting melodies and overall feel good vibes. A change of direction which has clearly been informed by the success of Jamie XX’s own solo electronica projects, and which has earned him the respect as one of the UK’s most in demand house and techno Producer/DJ’s.

The XX are currently in the middle of a record sell-out seven day residency at the O2 Brixton Academy. Overlapping with the shows, the band curate a week long of events in and around Brixton entitled Night + Day Brixton. Artistically-led, it features a series of creative collaborations with musicians, producers, DJs, local partners and charities that The XX are passionate about.

I’m greeted with DJ Benji B’s eclectic but soulful electronic beats as I arrive, providing a fitting opener for support act Robyn who plays 45 minutes of perfect bass heavy pop. She sings all the hits and the highlight is a euphoria-tinged With Every Heartbeat during which the now full Academy is a sea of outstretched arms. 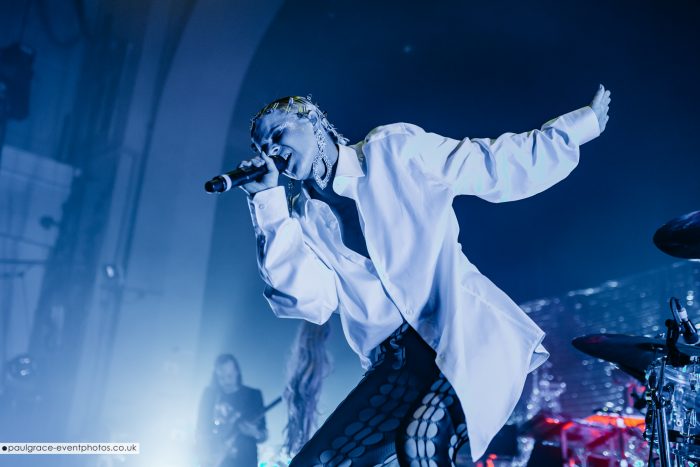 Benji B is back on the decks for the intermission and then at 9.30pm the house lights dim and The XX hit the stage.

The soft chords of Say Something Loving gently tease us while Romy Madley-Croft and Oliver Sim, along with the 5,000 strong crowd, sing its opening lines.

This is the third night of their week-long residency and they’ve clearly settled into their new temporary home. Throughout the 90 minute set the new tracks glide with ease into the old while Madley-Croft and Sim’s effortless vocals consistently exude confidence and complimented perfectly by Jamie XX’s banging beats, synth and samples. Sim slides around the stage slamming his thundering bass and underpinning Madely-Croft’s delicate blues guitar riffs. It’s a simple but accomplished musical sound which is reaffirmed by the stunning stage set comprised of sophisticated lighting and huge rotating mirrors. 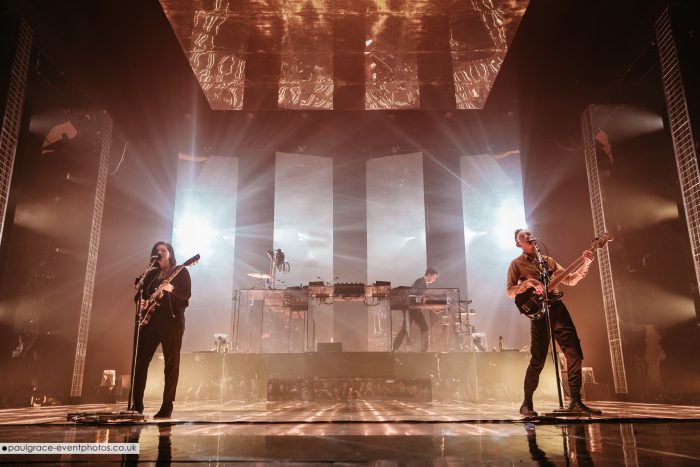 The Velvet Underground-esque VCR tugs at the heart-stings while Dangerous, along with its glorious horns, is a shuffling new-school classic. There’s genuine humility in the room when both Madley-Croft and Sims explain that Brixton Academy is a very special place for them as it’s here that all members of the band popped their gig-going cherries.

Jamie XX brings the rave when a sample of Shanks & Bigfoot’s Sweet Like Chocolate humorously rolls into Chained, and the synth wizard takes centre stage for final track of the night Loud Places, lifted from his own In Colour album. With Madely-Croft on vocals, the uplifting chorus leaves the crowd begging for more and the band return for a three track encore. The XX bow out after an emotional Angels when a weepy Sims admits the deafening applause is all too much for him and, after thanking us, leaves the stage in tears but with a massive grin. A magnificent show and a strong contender for personal favourite gig of the year.