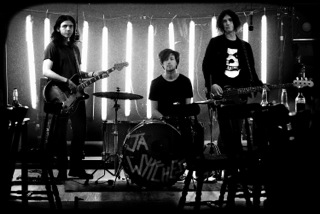 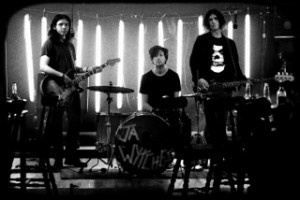 The Wytches announce new single Weights And Ties. Listen below.

The Wytches have announced details of the release of a new single. Weights and Ties will be released through Heavenly Recordings on Monday 29th December.

Weights and Ties was recorded during the spring of 2014 at Toe Rag Studios and co-produced by Kristian Bell and Bill Ryder-Jones. The single is taken from the bands debut album Annabel Dream Reader which was released in August this year.

Last month the band headed into Geoff Barrow’s studio to perform a couple of tracks for Crack’s Invada sessions. You can watch the first instalment here.

The Wytches are reaching the end of their biggest headline tour to date; the run of dates includes a sold-out show at London’s Scala tonight. Over the last few months the band have played various venues across the UK and also went stateside for the first headline tour. The tour ends tomorrow in Brighton where they will play The Haunt as part of DRILL festival.