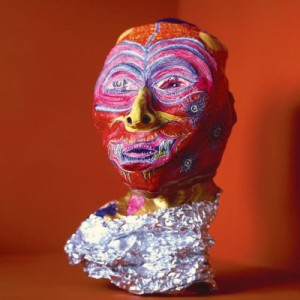 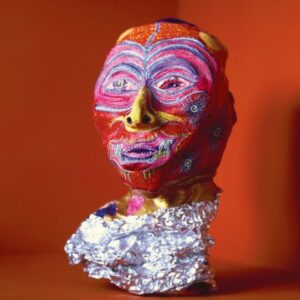 The Wytches offer up Cobain-flavoured melodies, reverb, fuzz and bags of potential on their doom-surf debut album.

It would seem the 90s are back.  A prospect that could very well strike fear into the hearts of all who lived through them but thankfully this latest revival extends beyond garish prints and wholly unsubstantial polymer-based footwear.  Guitar music has once again found its grunge and is all the better for it.

Brighton’s The Wytches mix surf twang with the melodies and riffs of alt rock’s most dour son to create a familiar yet contemporary sound.  The playing is loose, the drums are trashy and the bass rumbles malevolently under singer Kristian Bell’s squalling, reverb-drenched guitar and pained vocals.

Nowhere is this better displayed than on stand out track Wire Frame Mattress.  A lone guitar ushers in a very Cobain-flavoured melody as a multi-tracked Bell sings of lost dignity and heartache.  Daniel Rumsey (bass) and Gianni Honey (drums) kick in after a couple of lines with a loose garagey groove but it’s the psyche breakdown after the second chorus that’s the real highlight.  Bell makes extensive use of his guitar’s vibrato arm before finding a fuzz pedal to stamp on and send the whole thing stratospheric.  Rumsey and Honey (the only rhythm section in all of rock to sound like a Sunday night crime drama on ITV) manage to make a 60s garage riff come over menacing, thanks in no small part to Rumsey’s guttural bass, recalling The Birthday Party’s Mr Clarinet played at twice the speed.

Fans who have followed the band since the release of early singles Beehive Queen and Robe For Juda on Hate Hate Hate Records may be disappointed to learn both singles AND B-sides appear on the album, as well as free download Gravedweller from earlier this year.  They’re great songs – among the best on the album – but it’s a shame we’re not treated to more new material.  I can’t help but wonder whether the band should have jettisoned a couple of the slower numbers which don’t quite reach the bar set by the singles and newbies Digsaw, Burn The Bruise and Wire Frame Mattress and instead given us a tight, 6-track EP for half the money, then spent another year gigging and writing before entering the studio to make a full length.  Just a thought.

Album opener Digsaw introduces us to the world of The Wytches with howling guitar bends and wild feedback before a syncopated groove and sporadic and violent guitar stabs perfectly encapsulate the band’s self-styled “doom surf” aesthetic.  Their songs tread the hitherto unknown line between frivolity and intensity, with some of the instrumental sections sounding almost joyous, whilst every syllable sung by Bell contains an urgency that occasionally boarders on devastating.

Burn The Bruise sticks to the formula but delivers a little more doom than surf; a wave of mutilation perhaps.  The guitars are set to full grunge and the rhythm section are solid, with Bell sounding like the manic (or should that be wayward?) son of Jack White and Black Francis.

Annabel Dream Reader is not one of those “every-track’s-a-hit” kind of debuts but The Wytches are a band to get very, very excited about.  Their sound is a unique take on some old flavours (and achingly hip to boot, which doesn’t hurt any) and with songs as strong as these hinting at their full potential, album number two can’t come quickly enough.  The Wytches have made their Bleach; not a stone cold classic perhaps, but well worth your time.  We can only dream of where it might lead.

All words by Ben Tansey, find his Louder Than war archive here.