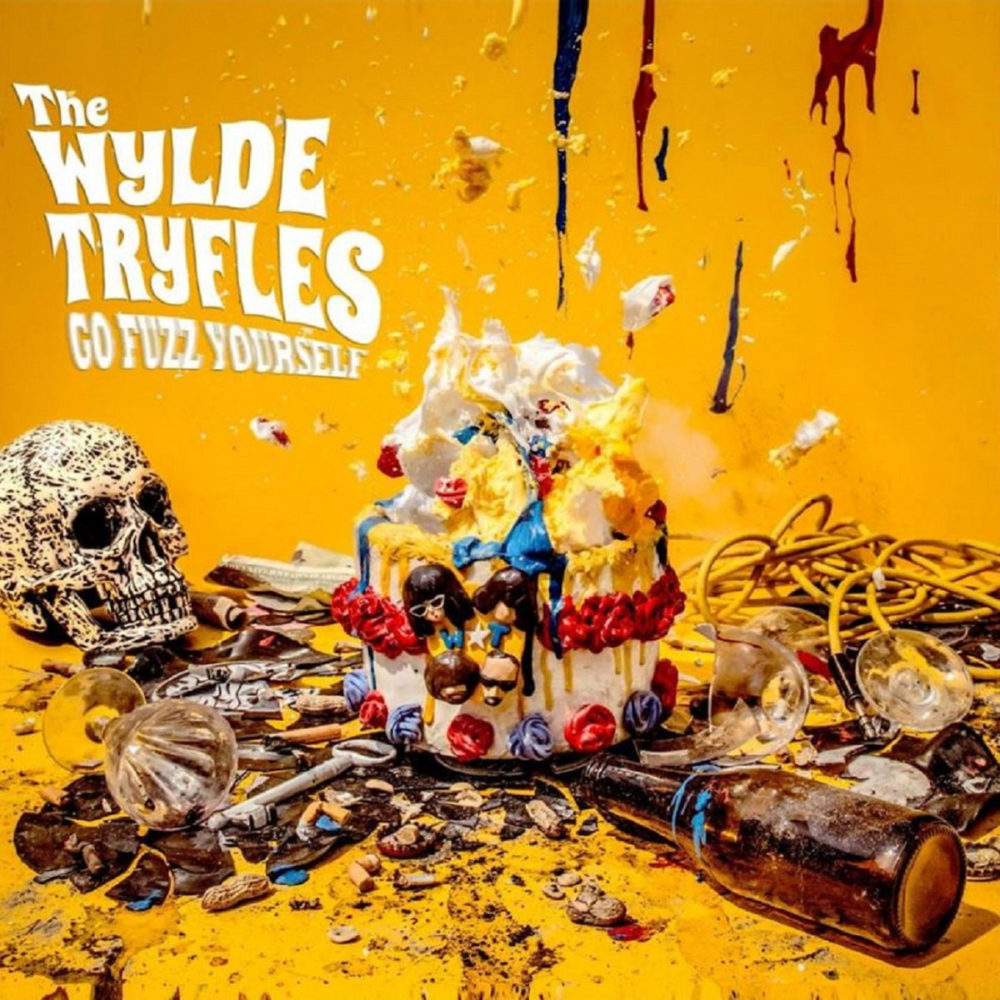 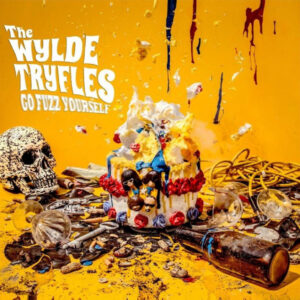 Bordeaux’s Wylde Tryfles round off the year with a fuzz drenched psych-garage revival blast on their latest album.

I’ve said it before, and I’ll say it again. Goddamn I’m a sucker for a real drenching in that pure fuzz garage sound, and this year has been a cracking year for some of Europe’s most exciting and interesting underground rock ‘n’ roll bands. But just as I was about to hang up my pen for the year, call it a day and wait for the holiday cheer to kick in, France’s Wylde Tryfles have jetted in with a 13-track blast of that wonderful sound. There’s no trying to hide it, nor hide from it. Go Fuzz Yourself indeed!

The album kicks off with Silly Thing, opening with that fuzz guitar attack that gets me every time, before the drums rocket in with a fill, the vocals a screech and we’re off on their brooding and grooving guttural garage runaway train. They add more danger to the well-trodden sound in Lubna Bangs’ almost psychotic wail. The song hits like a close to knockout blow before, with you laid out on the floor, they begin to stalk around with swirling menace on the following No Means No. The compressed vocals and the added Farsifa bring more hallucinogenic daze to the sound and show that, while that fuzz (yes, I will keep coming back to it!) is the main dish of the day, they freely  add more flavours to keep the record fresh and interesting.

Who Knows is an early highlight, one that hits the kill switch on their signature sound in favour of a bright chiming rhythm guitar that spikes long over a pounding rhythm section, but of course the fuzz is never far from the surface and rises up once again to see out the song. They come back to that cleaner sound again on side two opener, I’m Movin’ On, and on Bad Game Of Love the added echo creates an even more engaging effect, coupling in with that biting drive that claws out of much of the record. The songs jet out like classics from those original garage-psych pioneers The Seeds, rolling along on great grooves that keep you hooked in. Back to the fuzz, Creepy Crawly sees them add a crazed dose of tremolo to it to create a nauseous drop down that spirals around like an intense trip, like walking an acid-laced tightrope, the end always edging further away as the ground beneath continues to plummet from sight.

The vibe is nothing new on this record, but that’s clearly not the point. The Cynics have been riding the revival train for decades, and The Wylde Tryfles certainly have their ears to records by the likes of The Primates, but they are yet another hefty dose of proof that the style will pervade, why the sound that rose up from Sunset Strip riots more than fifty years ago and has come back from the grave on more than one occasion refuses to lie down and be beaten. The Wylde Tryfles’ Go Fuzz Yourself is a fantastic modern take on classic garage-psych. They sound wild and out of control, hypnotic and dangerous, dragging us down with them…just like any garage-psych band worth their salt should.