Home Music Bands The World Cup – In Pictures (With music and Ukulele’s, obviously) 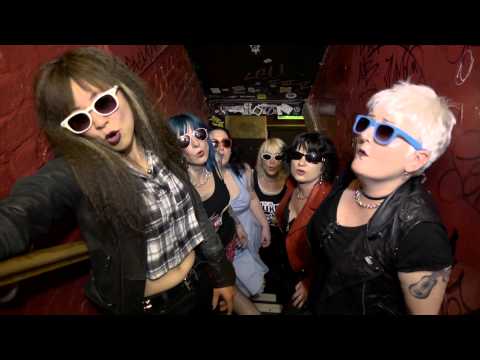 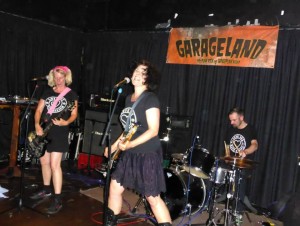 We’ve written about The pUKES quite extensively on Louder Than War, though mainly about their music. One of their number, though, is a talented artist who has turned her hand to documenting the world cup in sketches. That member is Lorna Tiefholz, also a member of the band Rabies Babies (see photo, right, © Charlie Chainsaw) and you can check out her images below, along with videos by both bands.

If you’re one of those watching the World cup that expressed complete delight at the sight of a can of foam being used as a temporary pitch marking then I don’t mind sitting with you next season.

If you are the type who sits on the sofa watching South American football and nonchalently shrugged and mentioned that this had been going on for years and this was something you are used to seeing then you are the type of boring non punk rock bastard that can kiss your badge with tongues until it chokes you to death sort of person I wouldn’t want to even sit in the same room as!

Unless you happen to live in South America in which case you are excused.

You may even be the type of punk rock football fan who can’t be arsed to leave the sofa during all of this or you could be the kind of person that actually goes out to entertain others playing punk rock until your eyes water like Rabies Babies and Pukes member, Lorna Tiefholz whose band RABIES BABIES not only goes out to perform (Get this!!!) WHILST THE WORLD CUP IS ON but then goes home to draw pictures of the bits she has seen and we feel deserve to be collated together here.

More of these pictures in a moment but first a musical interlude …. this is  The aforementioned PUKES, a punk rock ukulele band from London.

“FIGHT SONG”, is taken from their debut album out in August (pre-order it here) …

The idea originally at the beginning of the world cup was to go and see Rabies Babies and maybe try to write something about this band who are so punk rock that in their fifteen years together have released a grant total of NIL singles and NIL albums. Unfortunately our hunger for the four year distraction got the better of us and we sat and watched the Dutch make an omelette out of the Spanish which is why there’s no flying Robin Van Persie in this collection.  However we have found this…

Anyway … we like cartoons and I’m sure you do so sit back and just look at the pictures … there may be a part two of this once some of us interrupt this past time to go and sit in a field in Somerset next week, thus missing the football because some things are felt even more unmissable … enjoy xx 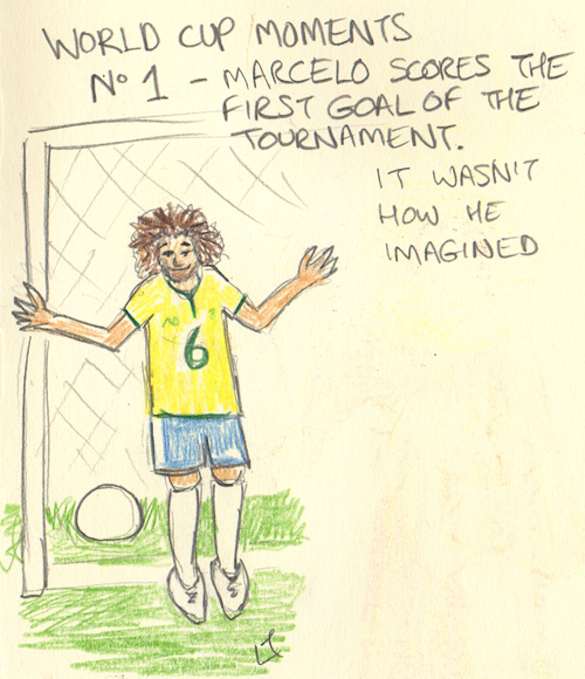 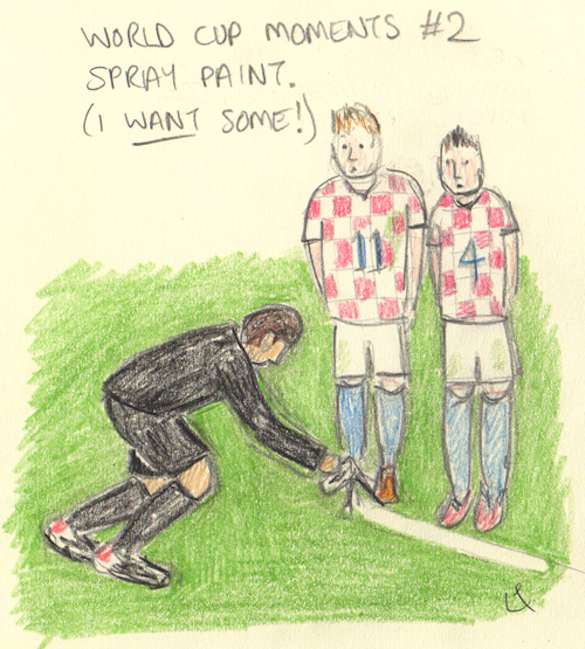 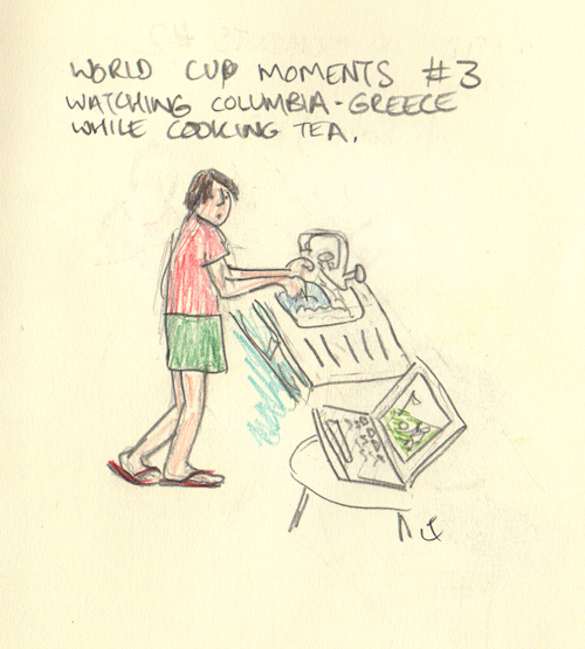 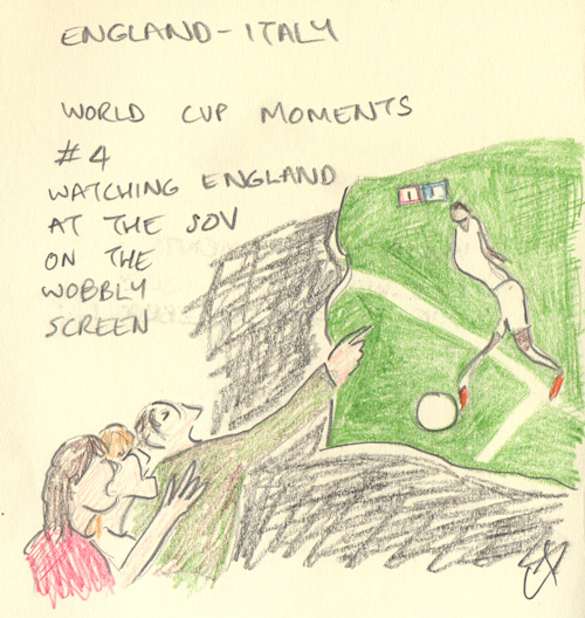 There are twenty four sketches in total – check them all out in the following gallery: