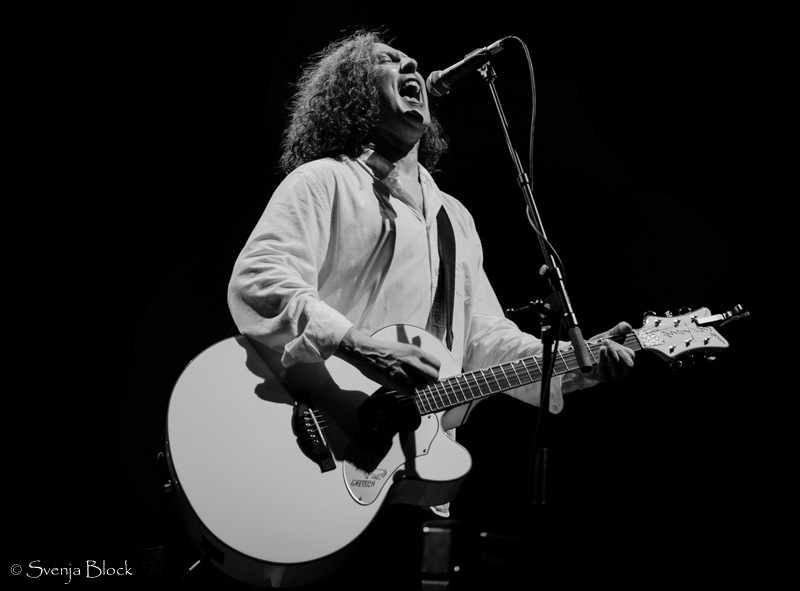 The Wonder Stuff / The Wedding Present / The Lottery Winners

The Wonder Stuff 30th anniversary tour hits the forum on the day their new album “30 Goes Around The Sun” is released. Louder Than War’s Craig Chaligne reviews with photos courtesy of Svenja Block.

The Wonder Stuff were back at The Forum just six months after their rapturously received headline set at Indie Daze. We missed The Lottery Winners set due to some technical issues but we encourage you to check them out (in Miles Hunt’s words “The band that has reminded me why I fell in love with pop music”). In a repeat of the Indie Daze line-up, The Wedding Present were opening with a set that mixed old favourites and (excellent) new tracks from their forthcoming project “Going Going” which will be released on September the 2nd 2016. Starting with the 1986 A-side “You Should Always Keep In Touch With Your Friends” followed by “Why are You Being So Reasonable Now ?”, the band then jumped into Bizarro territory with the garage-pop nugget “Kennedy”. New song “56” more than lived up to the bands reputation with an urgency in its delivery that belied the fact that the band celebrated its 30th anniversary last year. Covering all eras, the band included songs from their most recent LP’s Take Fountain (“Interstate 5”) and Valentina (“Mystery Date”) and old warhorses such as “Favourite Dress” and “Brassneck” were played with conviction. Unfortunately no encore as the Wonder Stuff were due on stage at 9.30 pm sharp.

It’s to rapturous applause that Miles and his cohorts jumped on the stage. The Wonder Stuff leader was his usual gregarious self, stomping round the stage with his Gretsch acoustic and ensuring everybody was having a good time. The band stuck to the tried and tested for most of the evening with more than half of the songs coming from “Never Loved Elvis” and “Hup”. Even Miles, conscious that a lot of the fans want to have a good time and hear the hits, couldn’t resist making a joke about airing new material when he announced they were going to play “For The Broken Hearted” from their new record. The sound collage of “30 Years In The Bathroom” provided the perfect gig intro. The celtic cavalcade of “Play” with Miles frantically strumming his guitar while Erica wrung every last note from her Violin had the whole pit jumping as did the anthemic “Here Comes Everyone”. An urgent version of “On The Ropes” was followed by the quasi glam rock stomp of “Red Berry Joy Town”. The heartfelt tribute to Miles hometown of Birmingham “Caught In My Shadow” was probably one of the best moments in the evening and probably got a few tears when it was played in the Academy the following night. Miles asked the audience if they were “In the mood for a bit of country and western hoedown” before launching into “Golden Green”. “Size Of A Cow” was played in the middle of the set (we didn’t get the “Come Dine With Me” story this time but a guest piano player instead). A moving “Welcome To The Cheap Seats” was dedicated to Kirsty MacColl. Ever the Rock’n’Roll showman, Miles recounted how they held the record for the biggest tab at the bar at The Forum despite the fact that The Pogues had played in the venue just before them. He also teased the audience saying they were going to take request and then proceeded to play “A Wish Away” which was probably on setlist anyway.

Gently chiding the audience during the encore (“a feel a slight tiredness round here, maybe you want us to play seated venue from now on?”), the band powered through “Can’t Shape Up”, “Cartoon Boyfriend”, “Piece Of Sky”, “It’s Yer Money I’m After Baby” and “Good Night Though”.

Interview by Craig Chaligne. More from Craig can be found at his Author Archive. He tweets at @ChaligneCraig.