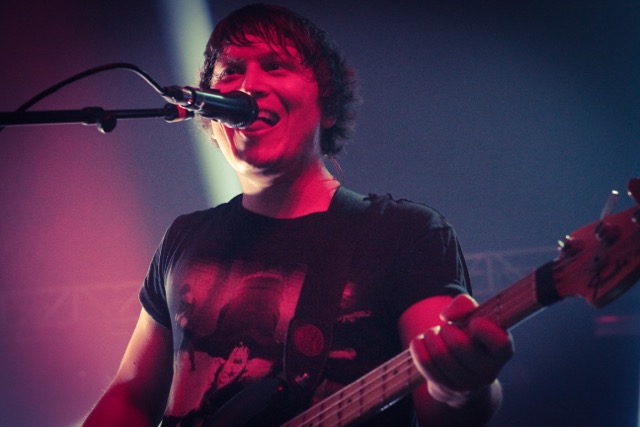 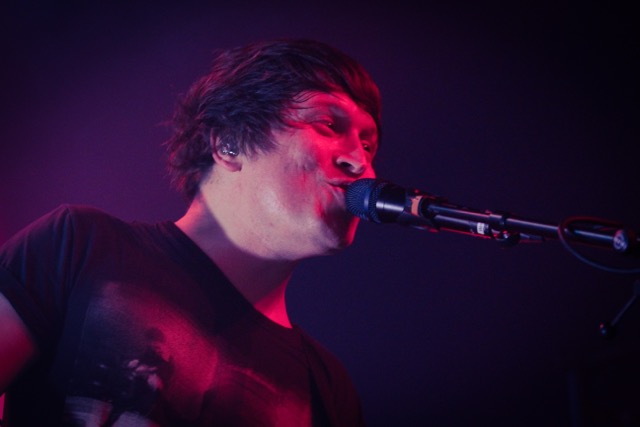 For the last 8 years, The Wombats have firmly established themselves in the indie rock category that doesn’t take itself too seriously. The melodic, flippant and frustratingly catchy tunes manage to stay poppy and inoffensive even when they’re singing about depression, citalopram and drug usage. The Smiths they are not. And this seemingly ‘bubble-indie-pop’ is what attracts the incredibly mixed crowd to their current UK Tour. 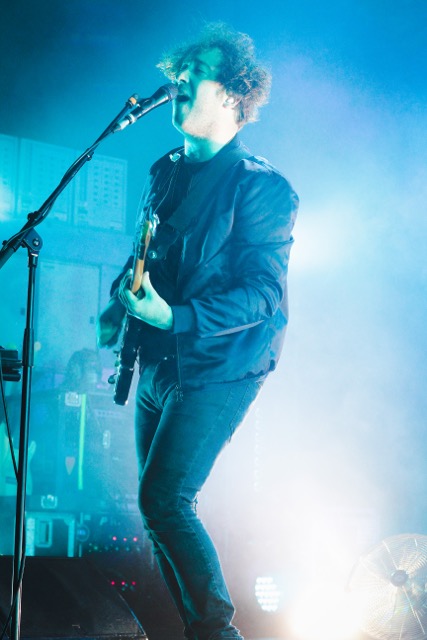 The sold out O2 Academy in Birmingham was overflowing with a crowd eager with anticipation to hear firm favourites interspersed with highlights from their new album Glitterbug. A fictional concept album about a turbulent relationship between a Californian girl and an English boy.

From the opening song Your Body Is A Weapon and throughout the 17 song set, the atmosphere was electric and explosive with almost the entire crowd dancing and singing every word to their popular hits Moving to New York, Techno Fan and Tokyo. I defy even the most discerning of indie pop fans to not shout the words to those choruses and be infected with the enthusiasm that Tord Øverland Knudsen exudes as he bounces around whilst playing guitar.

The Wombats previewed songs from their new album, which is noticeably more electronic than their previous work, with songs like Headspace having a slightly darker, edgier feel. However, they were back to their regular catchy form with The English Summer, Give Me a Try and current hit Greek Tragedy. All three songs establishing themselves as firm Wombats favourites with the eager crowd as they formed pits and sung along to choruses designed for such a purpose.

Sticking with pop culture references, as used previously with nods to Bridget Jones in Kill The Director, The Wombats came out to an encore which began with new song Emoticons, which they had to restart so providing realism to an otherwise perfectly polished performance.

The night climaxed with the song that first got them noticed Let’s Dance to Joy Division; the crowd throbbed, jumped and sweated as the evening reached a close and the band made their way off stage for the final time.