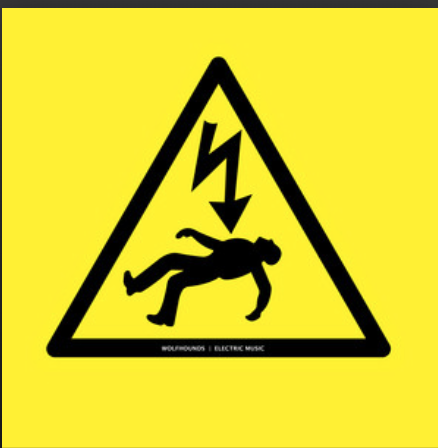 One of life’s great mysteries if how some bands seem to be consigned to perma-cult status.

If success was dashed out for originality, ideas, attitude, melody, energy and a sheer non stop series of quality releases then these ‘hounds would be king of any kennel they cared to choose.

Of course, music is a cruel and unfair business but that hasn’t stopped the Wolfhounds. The band appeared in the middle of the eighties Death To Trad Rock and C86 eras. They were then a youthful garage band with added imagination and an ability to deconstruct music into angular new shapes that got them a John Peel and music press embrace. They were nearly there before singer David Callaghan left to form Moonshake. A few decades slipped by and the band regrouped defying time and the gravitational pull of flesh to sound even more vibrant and full of ideas as ever.

Their new album is arguably their best in a stop-start career. Electric Music is full of imagination and songs and great, great playing. The superb lyrics are thought-provoking and create images in your head. It’s the skill of a great lyric writer to make meaning out of word shrapnel and Callaghan is one of the kings of the form, playing with words and deconstructing them and making sense out of the leftovers. He also sings with an assured confidence that makes these songs sound like the kind of guitar-driven indie guitar action that should be embraced by BBC 6music but astonishingly they only get the odd play – it’s an oversight that needs correcting.

Indie music still needs independent spirits in its ranks and not just a genre marketing term. It still needs band who can toy with the form and unzip it inside out and still find new shapes and ideas – it needs them so it can still maintain the potency of being indie. Electric Music is powerful – it’s heavy and full of originality and yet it’s eminently listenable and moment like the ‘Song Of The Afghan Shopkeer’ are a curious collision between eastern melody lines, thundering drums and Callaghan sounding like a Kings Of the Wild Frontier Adam Ant ‘…and Electric Music’ is discordant guitar filth and ‘Pointless Killing’ and recent single ‘Can’t See The Light’ is pop from an alternative universe.

Do yourself a favour and make the effort to dig into the Wolfhounds unique and thrilling world – they need more than to be a patted on the head for sticking to their vision – they are fucking great and in a world where every band will eventually disappoint you in the end, they have defied the rule book to improve with age.