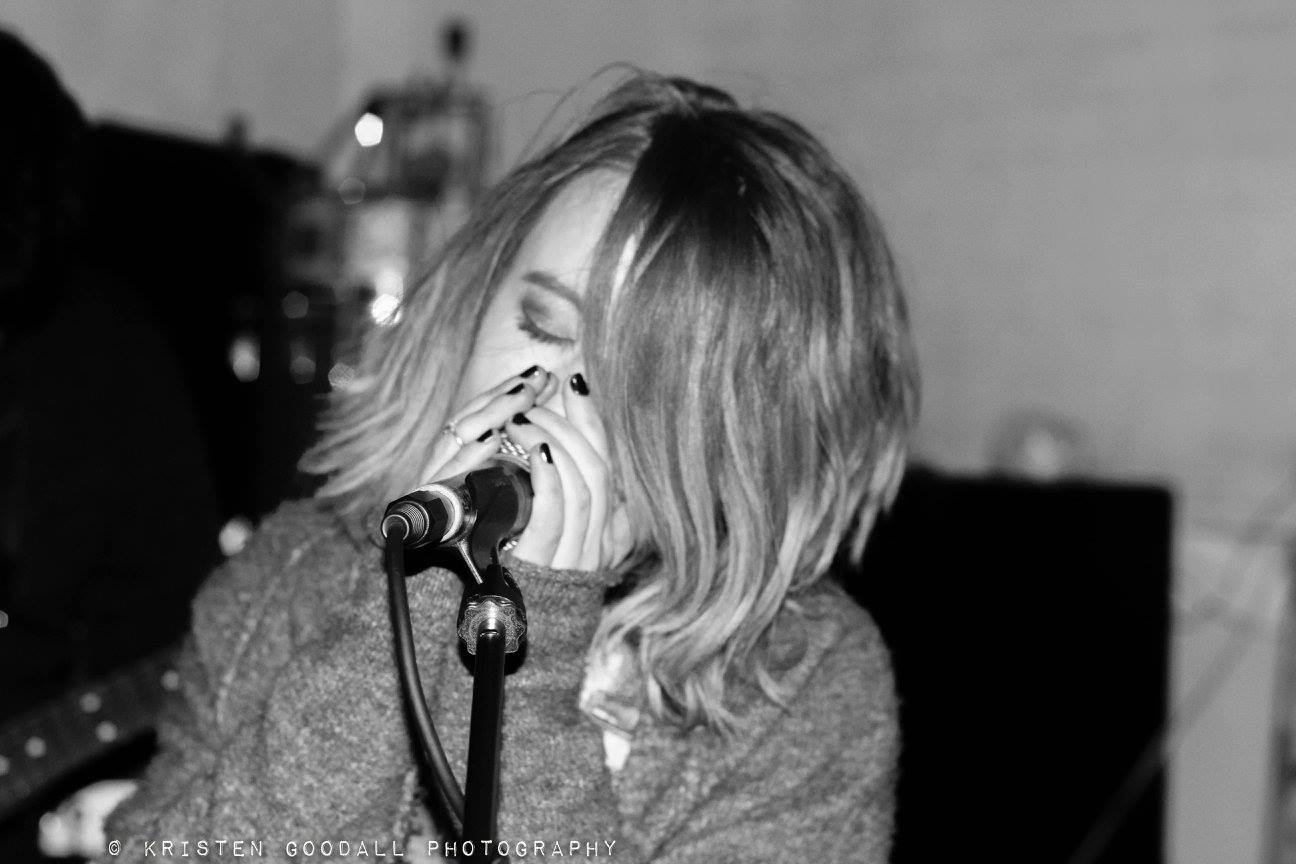 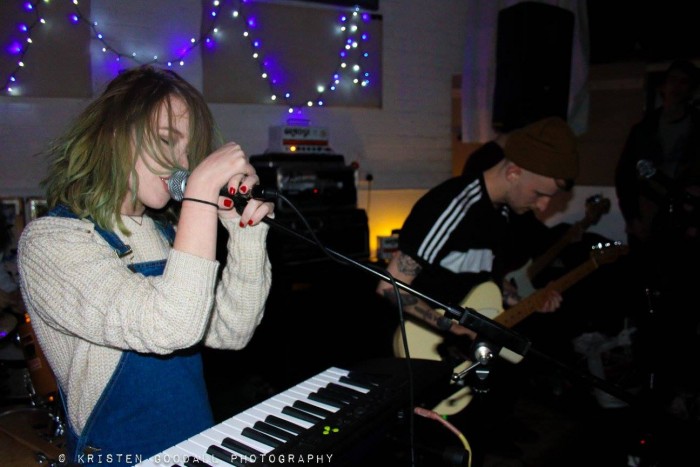 Three bands we love, in one of the best DIY venues around – Louder Than War knows how to fend off Blue Monday. Sarah Lay reports.

Misery loves company. It’s Blue Monday, it’s freezing cold and we’re gathered in a former fruit and veg warehouse on a back street of Nottingham to indulge our sensitive souls in some new wave emo.

The synchonicity of the media-hyped ‘saddest day of the year’ and gathering to listen to emo, isn’t lost on many of us. But that’s the myth of emo, isn’t it? Tarnished by the image of heavy eye-liner, floppy fringes and Emily the Strange backpacks. Forever stuck with the American-produced skewed-colour futility of drawn out teenage angst. It’s sad with a razor blade.

Except when it’s not.

Which is tonight in JT Soar.

Tonight in this wonderland of a DIY space, this concrete and bare brick back room where music shouldn’t work but is thriving, emo is a huge splendid celebration of melancholia. The room is full of people (On a Monday! In the cold! Music LIVES!). They produce cans from deep coat pockets, they stamp their feet and close in, huddle together and blink in the soft glow of fairy lights. And when the music starts we nod and sway in unison.

These bands may well get tagged as emo but they’re not wallowing; this is more whoah-whoah-whoah than wah-wah-wah. This is as triumphant as it is maudlin, as explosively ‘fuck you’ as it is introspective. It is the reveal of emo’s great secret; it’s actually a pick me up not a put you down.

Tonight we get it in three flavours – melodic hardcore from local band Merrick’s Tusk, pop-emo from Losing Sleep, and indie-emo from The Winter Passing.

The night opens up with staccato drum falls and the melodic math rock of Merrick’s Tusk. There’s something very unassuming about this band, a sense of laid back fun that prepares you in no way whatsoever for the complexity of the rhythms, the scale of the drops.

On the surface is shimmering cymbal crashes, huge-intake-of-breath vocals and riffs that teeter on the edge of discord. Under it though there is a subtle weave of intricate picking and effects, just enough to prick up the ears and draw the attention deeper into songs that build with self-conscious harmonies to become a nexus of noise.

Sharing their tour with The Winter Passing is Losing Sleep. The Kingston Upon Thames band released their debut album this month; a long player of an altogether more poppy take on that traditional emo sound, nostalgic for that ’00s guitar-driven sincerity.

There are a few moments tonight where it begins to lift itself beyond the scene it so loves. Not least when The Winter Passing’s Kate Flynn steps forward to provide vocals on Tin Can Telephones. There’s a naivety to these lyrics which sways toward sweet when it becomes a duet, standing its ground against a bluster of guitars.

Final band up are The Winter Passing. Stalwarts of Dublin’s DIY scene they look utterly at home in JT Soar tonight during their short set.

Releasing their debut long player, A Different State of Mind, last autumn introduced their discordantly melodic take on indie punk. All tumbling drum fills, call and response vocals between Kate Flynn and brother Rob and moments of impossible suspension before the emotional and melodic free fall.

Tonight is opened with Fruits of Gloom; delicate yet never fragile in its quiet moments, pounding with punches in its loud ones. We also get Bottle Green and a seemingly unplanned encore of Creak.

Live this band face each other as much as they look at the people in front of them, they play for each other as much as for us. But there is no ego here tonight, it is all about the music. It’s less about a band performing for an audience, it pretty much does away with the usual power of the spectator.

Here in this small space, we are eyeball to eyeball, equals in creating something from nothing. But for their part, The Winter Passing and the other bands tonight, are modestly and almost effortlessly creating something worthy of your attention.

This is DIY and the scene is thriving. With bands like these giving a new take on tired genres and getting out there in the spaces popping up all over the UK, it’s not hard to hear why.

The tour continues and you can still catch The Winter Passing / Losing Sleep at:

Find Losing Sleep on Bandcamp. Their album Fear of Missing Out is available on vinyl here.

All words by Sarah Lay. Sarah is Louder Than War’s editor and you can find her on Twitter or read her other articles here.

All images by Kristen Goodall.