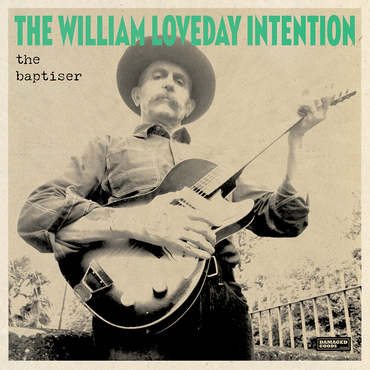 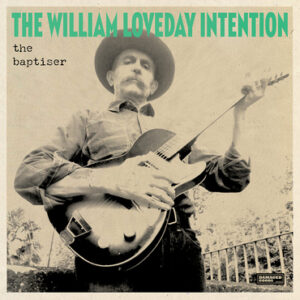 The William Loveday Intention: The Baptiser

Billy Childish continues his Dylan phase with another album under his William Loveday Intention moniker.

Barely a year and a half has passed since Billy Childish inaugurated his new Bob-Dylan inspired phase under the name The William Loveday Intention with the release of People Think They Know Me…But They Don’t Know Me. Reworking and rerecording some of his own classics again in this style, covering Dylan himself, and writing new songs, he is no longer stuck in Stuckism, continuing to mine the depths that this newfound freedom has given him. Even for a performer as prolific as he is, he has hit upon a purple period that shows no sign of slowing and his latest album, The Baptiser, continues to delight.

As Childish himself signed off on the comment he left on our review of People Think…, the road to hell is paved with good intentions, the old proverb still ringing true as his intentions, simple and clear, continue to bear fruit. The title of the album, named after John The Baptiser, suggests, just as Dylan did, that Childish under this guise may be moving through the original phases of his current muse and shifting into a religious phase. “The Baptiser in the desert, he saw God in all his different guises.” he sings on the title track, which opens the album, a violin running through the song, surging to take protagonism at punctuated moments, just as Scarlet Rivera did through the mid-70’s period with Dylan. And, just as he did on the recent Spinout Nuggets single, he returns to close the album with a full instrumental reprise. Stripped of the vocals, the instruments swirl and engulf you as the violin is pushed further to the fore, reinforcing that Back On The Road phase on which Childish is drawing.

He pulls from that period more with songs like A Painted Pantomime Dame and Mister Smith recalling that Rolling Thunder through to Hard Rain sound. He also manages to spin phrases together in a way that rivals Dylan himself and, on The Baptiser, nowhere is that more evident than on A Framed T-Shirt Remnant, which just may be the highlight of a wonderful collection and is definitely one for those who turn punk rock into pure nostalgia through memorabilia. Also included here is his version of Knockin’ On Heaven’s Door; a closer and more studied interpretation of the source material that at the same time stirs wonderfully you’ll be pained to find.

His prolificness as a musician is matched, and perhaps surpassed, only by that of when he has a paintbrush in hand. Here he has also drawn a clear line between the two grounds he inhabits having, under the name Heckel’s Horse, his art collaboration with Edgeworth Johnstone, also produced a piece entitled John The Baptiser.

While through The William Loveday Intention Childish is wearing his muse on his sleeve, there are moments that break from his current mould somewhat, flexing and perhaps signalling that he may be ready to move beyond his current fixation and into a new phase. It’s evident on The Library To You And The Self with its snaking rhythm, and I’m Good Enough and Poems Of Anxiety And Uncertainty (Blues), both of which kick with slightly more garage energy filtered through Rolling Thunder. But, then again, he has also just released his second volume of The New And Improved Bob Dylan (available as a download from Damaged Goods). And, given his prolific nature, there is, of course, another new album (Paralysed By Mountains) due again in just a few weeks, on which he reinterprets some Headcoats classics, throws in a cover or two and some completely new songs, all, of course, treading Zimmerman’s well-worn path to unearth more undiscovered gems.

The Baptiser is available from Sister Ray.