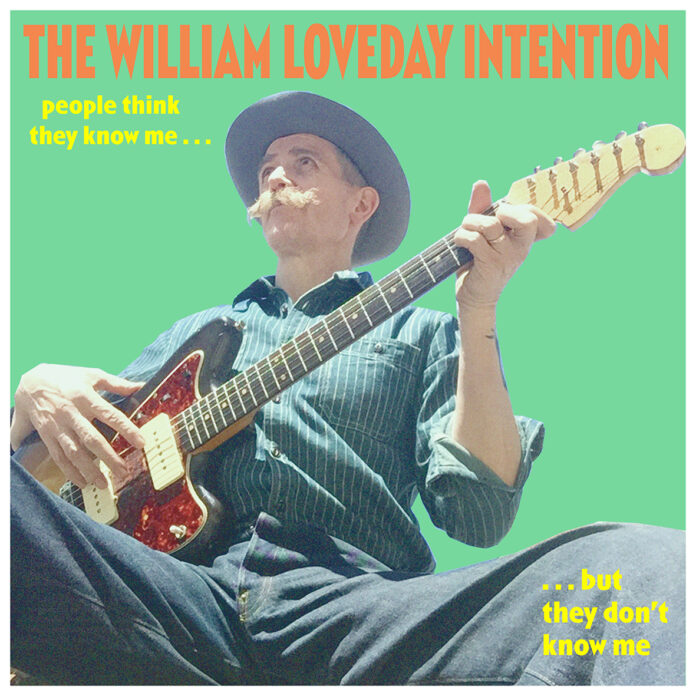 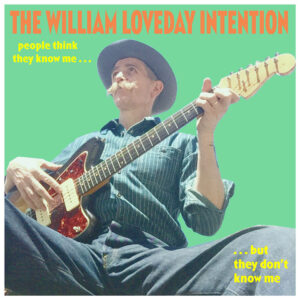 The William Loveday Intention: People Think They Know Me But They Don’t Know Me  (Damaged Goods)

For the uninitiated, The William Loveday Intention is the latest band put together by Billy Childish…  No longer quite so stuck, stuck, Stuckist it seems, Childish expands his musical palate to include a Spaghetti Western feel, a Brel like essence and a new-found appreciation of prime Bob Dylan, whilst revisiting songs from his own back catalogue.  Ged Babey, for once, is in two minds…

‘Billy Childish Is God’ it is agreed. But what is William Loveday’s intention? Is it strictly honourable?  Of course it is.

This is a first of a four-album ‘project’ with guest appearances by James Taylor (The Prisoners, JTQ) and Dave Tattersall (The Wave Pictures) and trumpet player Tom Morley,  amongst others.

(The releases) will be staggered, one a month over the coming Winter. The first is set for release in October and is titled People Think They Know Me But They Don’t Know Me.The remaining three albums are all recorded and sound excellent. More info to follow on those when we see fit.

Whilst I am a devoted follower of his work, I have to admit my initial disappointment with this particular album is due to the fact the bulk of the songs are the same old-classics from the Childish songbook simply given a different musical backing. That said, it is a bit of a departure for Billy, hence the use of a different name. And for the most part, they are eminently enjoyable.

In the promotional material he is asked: {There is} a spaghetti western/Ennio Morricone feel. Were those classic western films and soundtracks an inspiration for you growing up?

“The young William Loveday did see those movies on release as his father was a fan and took him along to see them. William himself was never a great fan, but it seems that something left a stain on his consciousness.”

This is being typically evasive. Anyone with any sense loves a bit of Ennio, without necessarily being a fan of the movies. The mariachi trumpet and harmonica wail just always sounds great and creates a sense of drama for some reason.

On some of the songs the new arrangements work really well but on a few, not so…

Again and Again is superb and the instrumental reprise an absolute cracker.  I Wasn’t Made For This World has a new-found sense of melodrama but the vocal does come over a bit old-man shouting-at-the-sky, if you know what I mean.

My Father Was a Railroad Man is an album highlight but actually a Leadbelly song made famous by Cobain disguised by it’s title.  My Love For You has some great harmonica, strings and trumpet and makes the album a winner on points.

Fans who know This Wondrous Day /  A-Z of your Heart /  The Bitter Cup / I’m Hurting and the title track will be happy enough to hear new versions of their favourites, but hopefully the next three albums will include more new songs like Sonora’s Death Row, with its Flaming Stars meets Bob Dylan vibe.

‘Always different / Always the same’ they say. It is good to see another facet of William Loveday and his art… and preferable to his willy-out photo exhibition, featured recently in the Guardian.

This is a bit of an unenthusiastic review by my standards I know – apologies for that – it’s this god-awful year – no live music, a lot of self-isolation and it’s doing my head in and taking it’s toll…  so this LP is quite possibly a lot better than I’ve judged it to be at this moment in time. (GB 23/10/2020)