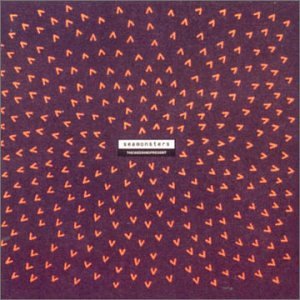 Having previously toured the ”ËœBizarro’ album David Gedge was keen to take ”ËœSeamonsters’ out on the road; well in October and November this year, The Wedding Present are to tour the UK and Republic of Ireland playing their classic album ‘Seamonsters’ in full as well as a 40 minute set of other material, including songs from their new album ‘Valentina’.

‘Seamonsters’, released in 1991, was the Wedding Present’s third studio album and marked a huge turning point for the band.

The album was recorded in ten days with legendary engineer Steve Albini, and at first divided fans with its departure from the frantic, jangly guitar pop that previously defined the band. The traditional David Gedge lyrical themes of relationship breakdown and unrequited love are here thrust to the very brink of desperation and angst, ‘Seamonsters’ is easily the Present’s darkest album, in terms of both content and sound.

Steve Lamacq at the time rather harshly described the album’s production as “like having sandpaper rubbed over your ears“, though for many Wedding Present fans the album became a classic slow burner. The ultra-heavy, discordant wall of distortion that is the hallmark of Steve Albini’s sound is omniprescent through the record, punctuated by machine gun drums and belching guitars, and provides the perfect sonic backdrop for Gedge’s haunting songs that lurch into the darkest depths of despair and hurt.
The constant repetition and looping that had lurked in corners of ‘Seamonsters’ much loved predeccessor ‘Bizzaro’ (which spawned hit singles ‘Kennedy’ and ‘Brassneck’) features heavily throughout the album and adds to the difficult intensity of the record. 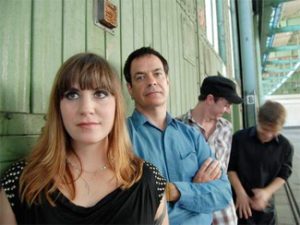 Discussing giving Seamonsters a live airing to www.thisisfakediy.co.uk, Gedge explained “It’s less audience friendly in some ways, but it’s actually quite an intense experience, so I’m interested to see how it works.”

Catch ‘Seamonsters’ on tour this year at: