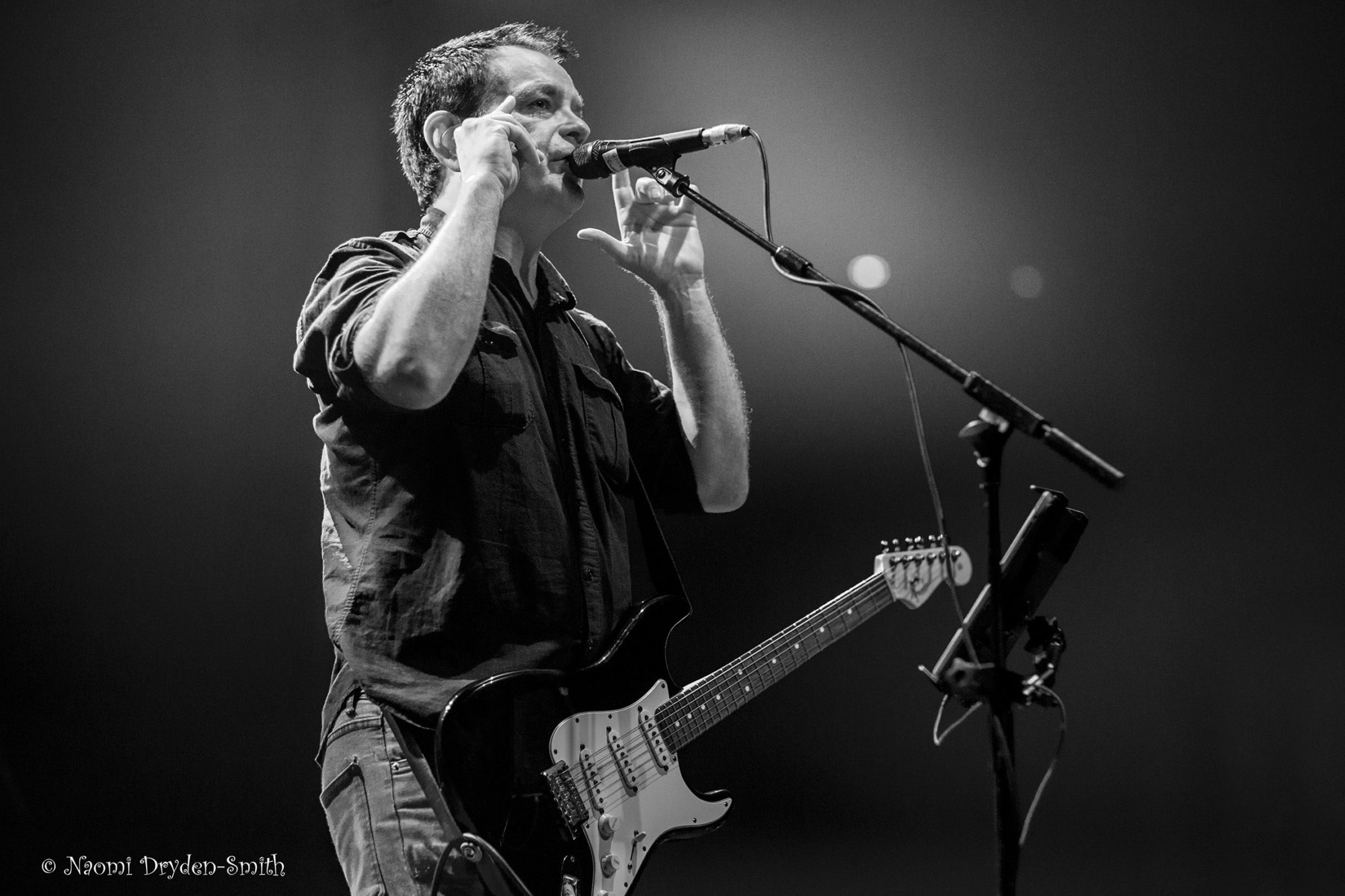 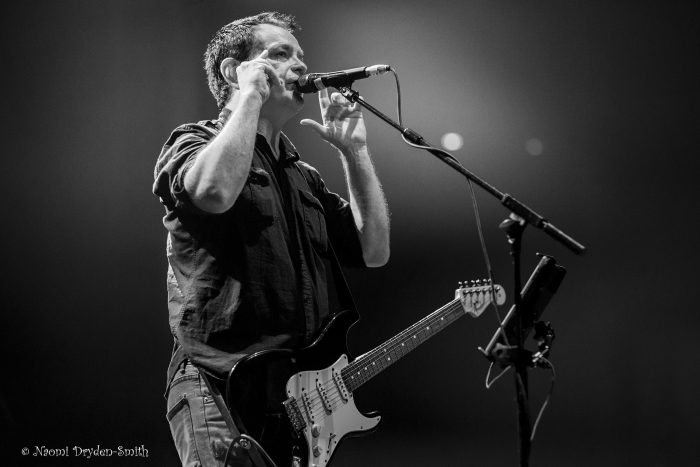 Louder Than War’s Naomi Dryden-Smith reports on The Wedding Present’s Roundhouse gig to celebrate thirty years of their debut and most iconic album, George Best

The Wedding Present is one of those bands that has whittled down over the years (via 24 members and counting) to just one original member, much like the Cure, Smashing Pumpkins and Lemonheads – but that person is so much the essence of the band that it doesn’t really matter. Tonight David Gedge is here to commemorate the 30th anniversary of the definitive album George Best, arguably one of the best debut indie/punk albums from the 80s. The Roundhouse is packed out with loyal, predominantly middle-aged-male fans (…and also some women), waiting for The Wedding Present’s unique combination of fast-paced guitar and frank, conversational lyrics addressing subjects ranging from politics to lust and love.

A mini-set showcasing tracks from the last 20 or so years edges in before George Best gets underway, topped and tailed by instrumentals from the brand new Home Internationals EP, with sad and pensive Scotland featuring a single piano riff leading into a dramatic flounce of guitar and drums, and a bolshier England at the other end. In the middle, things pick up with Broken Vows refracting the old Wedding Present sound through a grunge prism, a great rendition of Model, Actress, Whatever, and the Pixies-esque Love Slave, which will always be dominated by its brilliantly camp video that can’t be unseen once seen. A quick foray into New Order – or is it Joy Division – with Crawl and the glorious chorus of Fifty Six and we’re into the meat of the gig. 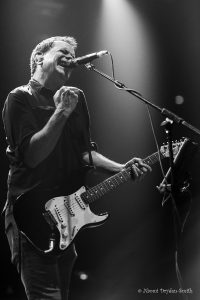 For a Weddoes fan, to hear the entirety of George Best live is nothing short of blissful. Certainly towards the back of the Roundhouse the atmosphere has been fairly nonchalent during the first part of the set, but not so for the rest of the gig. Gedge’s voice appears to have improved over time, his guitar playing hasn’t slowed at all, and he’s surrounded himself with bandmates who are more than capable of living up to the Wedding Present name.

George Best was an album that effortlessly pulled together Buzzcocks/Fall chaos, Morrissey/Commotions plain-speaking lyricism and Velvet Underground/Mary Chain fuzzy atmosphere, tapping into teenage angst-ridden self-conscious awkwardness. Obvious favourites are Everyone Thinks He Looks Daft, Something And Nothing, Give My Love To Kevin and the superb My Favourite Dress, all as good as they ever were. The statement “I’m going to slow it down a bit now – that’s a joke by the way” precedes a Shatner belted out at 100 miles per hour. The only slight downside is the muffled sound of the Roundhouse, which impacts on Gedge’s banter, although his query “So, how’s it sounding after three decades…?” is sufficiently clear and met with a roar. The show ends with the high energy Kennedy, greeted by euphoric jumping, pointing fingers and 1700 “Too much apple pie” filling the place to the roof. Then it’s over – there’s no encore, the crowd spills out into the night, satisfied but with definite room for more. 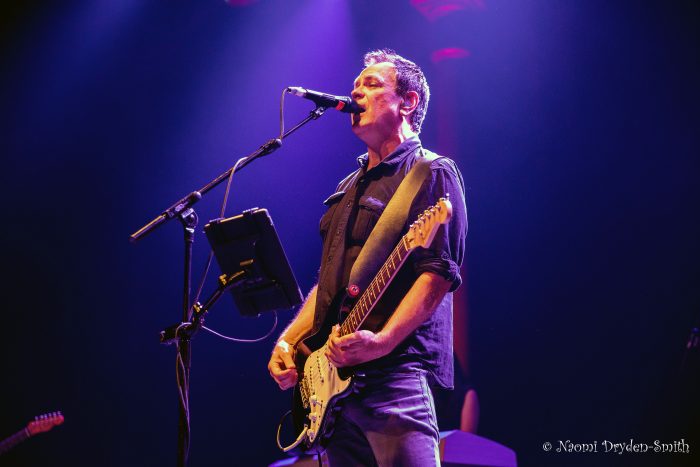 (ps – in the author’s opinion the addition of I’m Not Always So Stupid would have been absolute perfection but hey, you can’t have everything…)