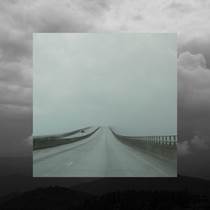 Formed in 1985 The Wedding Present have been willfully experimenting with the love song for over thirty years and with their new, extensive album Going, Gone… they have not only matched their previous albums in quality and experimentation but surpassed them.

Going, Going… is an album that is full of left turns, sudden bursts of feedback-drenched guitars and luscious soundscapes. It is schizophrenic and unsettling yet full of beauty and melancholy. A hard album to grasp as it is constantly going through gear changes (even within the confines of one song) Going, Going… is the sound of a band throwing everything they have into the mix which has in turn created a work that is at once familiar yet progressive, homely and disturbing.

The album starts with a clutch of wonderful instrumental pieces that veer from post-rock sonics to modern classical laments. Kittery and Greenland remind of Come On Die Young era Mogwai as the drums are cavernous and up-front whilst guitars sweep and sludge. Marblehead and Sprague are the flip-side to the heavy as they are wistful and yearning with the former utilising a female vocal that adds melody and magic whilst the latter is stunning and is one of the best songs you will hear this year.

After the calm comes the storm as the album bursts forth on a rush of guitars and drums with Two Bridges and it is here where The Wedding Present’s chief David Gedge makes his lyrical and vocal appearance. Sounding strong and up high in the mix, Gedge introduces us to his tails of love and loss, anger and betrayal all with a sense of forlorn acceptance. Two Bridges drop into post-rock repetition and its build to a dramatic climax is a powerful moment and it is one that is continued throughout the album which displays a master song arranger at work. Going, Going… is full of smart left turns whether that be on the mutant Ramones-like surf-rock of Birds Nest or the almost unbearable cacophonous climax of Fifty-Six. This in turn makes the more straight-forward rockers like Secretary (blissful thrash) even more surprising and potent.

Lyrically Gedge is as succinct and poetic as ever. No one in the modern music world can quite sum up the ups and downs of human interaction quite like him. Lyrics are humorous, pointed and refreshingly direct, with lines like “Picture in my phone reminds me I’m alone” and “..all the problems we had were all down to me” coming across as heartfelt and sincere. On paper the lyrics may sound downbeat but when delivered by Gedge and surrounded by the wonderful music they help you understand the sentiment but never allow you to wallow in sadness.

This is a remarkable album by one of our most idiosyncratic bands. A joy from start to finish, Goin, Going…is an album full of love delivered with style, speed and substance.