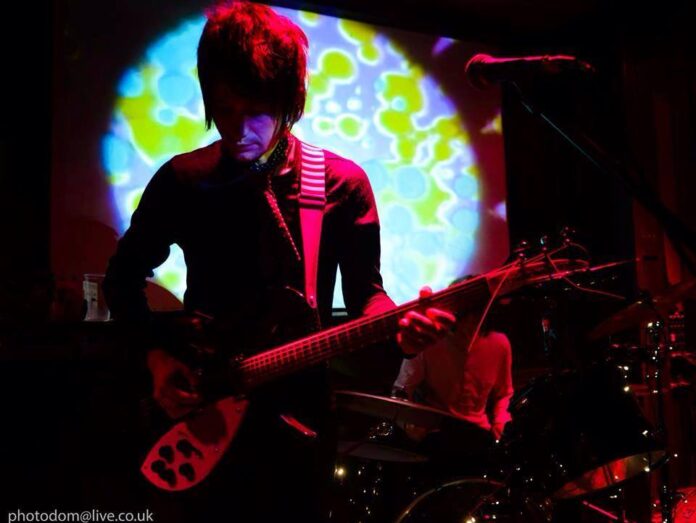 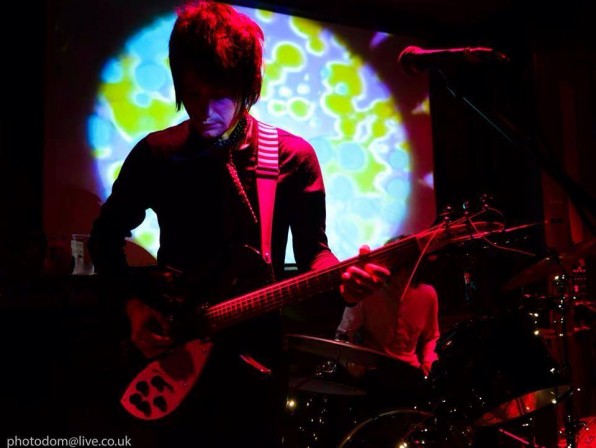 Photo of The Watchmakers © Dominic Hopkins.

Live review of Manchester four piece psych-rock group The Watchmakers, a band who’ve been favourites of this parish for some time now, by Penfold Kowalski .

As a long-standing psycher of some years I was a little freaked to find that such a sparkling gem as The Watchmakers had slipped under my radar. Let’s put it down to the year recently spent in Amsterdam; a place where, had I stayed longer, they would no doubt have been crossing my path regardless.

On the recommendation of a good friend I popped down to The Castle Hotel in Manchester just before Christmas and joined a wild and enthusiastic full house checking out the quality trade The Watchmakers ply, and to have a little chat.

The Manchester-based Watchmakers have been kicking about for around 18 months with things really crystallising for them in April 2013 after taking on a new bassist. And it’s got to be said, they’re a tight unit live with a special dynamic that just can’t be faked; evidence of the hours and commitment invested. I was impressed from the off.

Singer Richard Maitland has clean, steady vocals with occasional hints of Liam Gallagher’s softer moments and the better stuff The Cooper Temple Clause made. A compelling stage presence belies his small frame, he’s comfortable and assured yet with no hint of the arrogance or dramaturgical stagey posturing that, for example, current “pop”-psych pretty boys TOY engage with. There’s no affectation with this band because they just don’t need it. They hold their own beautifully.

The hypnotic beauty of Waves is reminiscent of the Brian Jonestown Massacre with its measured score and pool-dives into guitar-sodden 60s psychedelia. Guitarist Ad is clearly an obsessive and talented player, putting a select set of Space Echo, Tremelo, and Tube Screamer pedals to full effect. The e-bow was out for Ride the Sands, magnifying and drawing out chords and lending a majestic resonance. Covering well known tracks can sometimes weaken the set of bands with a less determined sound, but The Watchmaker’s rendition of The Beatles She Said rightly offered no apology; it fitted perfectly into this entrancing performance. They cleverly twisted minds by following that with their current ingle ‘Before Questions Became’, a track which makes use of The Beatles’ ‘Tomorrow Never Knows’ drum beat. Make no mistake, The Watchmakers are no rip-offs, but in true psych fashion they pay homage to their influences without sounding over-worked and trite. A little feedback issue aside, the whole set was one gem after another, the crowd going wild for already established favourite Summer of Love’.

On the final track Richard broke into a smile which remained to the end of the set, suggesting relief at another job well done. The band later told me that they approach their work with the attitude that nothing they do is ever good enough. They push themselves, they push each other, they’re always trying to be better, and they like to do things themselves –  proof of which being that this was a self-promoted sold-out gig.

The currently contentiously fashionable neo-psych scene that’s emerged of late has opened up a huge arena of debate as to ‘what is psych?’ and bands seem to be popping up everywhere fanning the flames. I’ve heard first hand tales from Austin TX friends about their hipster friends urgently pulling together musicians to start a ‘psych band’. The Watchmakers however are no fashionista bandwagoners; as musicians they’ve all been making music like this for years and were keen to stress the fact. Indeed, their pedigree is testament in their music; you don’t get this bloody good overnight.

And on that note; Anton Newcombe of Brian Jonestown Massacre seems to like The Watchmakers – he’s been supporting them on Twitter and sharing the love by reposting their tracks. If that’s not recommendation in itself, then there’s nothing left to tell you.

All words by Penfold Kowalski. Photo by Dominic Hopkins. More writing by tenfold on Louder Than War can be found at her author’s archive.